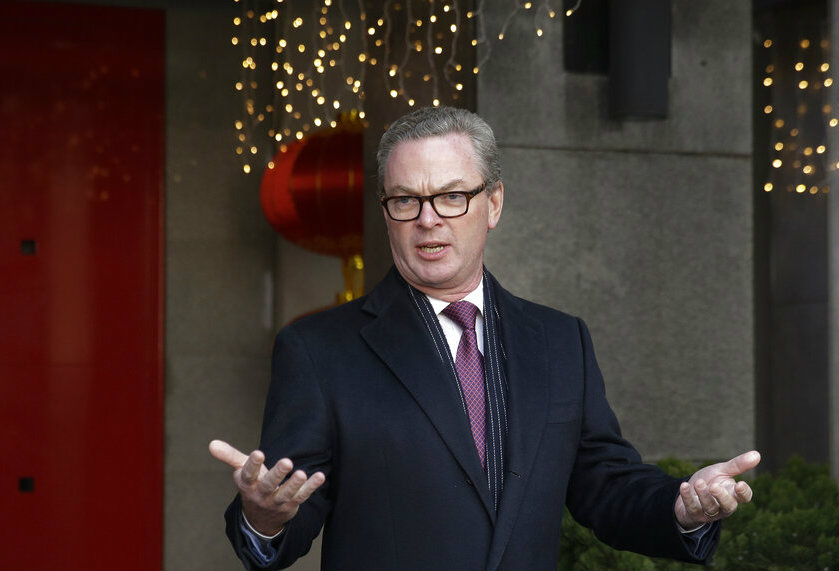 China on Thursday said it has detained a Chinese-Australian writer on charges of involvement in 'criminal activities endangering China's national security'.

Foreign ministry spokesperson Hua Chunying offered no details about the charges against Yang Hengjun, a novelist and online commentator, in response to a question at a daily news briefing.

Such charges are extremely vague and frequently leveled at critics of the ruling Communist Party, with little hard evidence provided in support.

'According to our understanding, the Australian national Yang Hengjun was suspected of engaging in criminal activities endangering China's national security,' Hua said.

'At present, the case is being handled according to law, and Yang Hengjun's legitimate rights and interests have been fully guaranteed,' she said.

Hua said Yang's case was in the hands of the Beijing city branch of the national intelligence bureau, potentially raising it to a higher level of scrutiny by state authorities. She said Australia's embassy in China had been informed of the measures taken against him.

Friends said Yang, 53, had been living in New York as a visiting scholar at Columbia University with his wife and her child and had returned to China last week. Australia raised the issue of his disappearance on Wednesday.

Australia's defence minister said on Thursday that he would press Chinese officials to treat Yang fairly and release all information about his case.

Christopher Pyne told reporters at the start of a previously scheduled visit to Beijing that Yang was being held under a type of home detention in Beijing.

It's unclear why Yang would have been detained, although China has become increasingly intolerant of even the hint of criticism.

Pyne said he would raise Yang's case in a meeting on Thursday with his Chinese counterpart, Wei Fenghe.

'The Australian government is obviously concerned with the residential surveillance of Mr Yang,' Pyne told reporters. 'He is an Australian citizen and we are seeking to provide him with consular assistance and support to ensure that he is treated fairly and transparently.'

Australian foreign minister Marise Payne said earlier in Sydney that Australia has asked for consular accesses to Yang along with an explanation for his detention and details of the charges brought against him.

Payne said the government would be concerned if the detention was related to China's arrest of two Canadians last month or her government's decision in August to block Chinese telecommunications giant Huawei from rolling out Australia's 5G network due to security concerns. Both issues have figured in speculation about the reasons for Yang's detention. 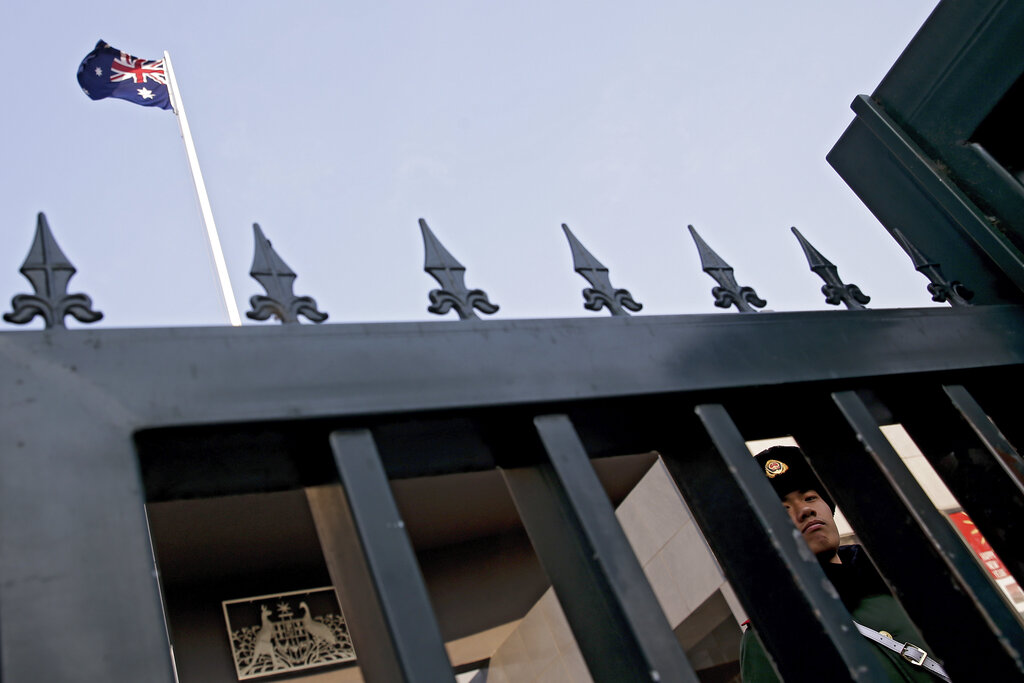 A Chinese paramilitary policeman stands guard at the Australian embassy in Beijing.
AP

China detained the two Canadians, entrepreneur Michael Spavor and former diplomat Michael Kovrig, on national security charges in what was widely seen as retaliation for Canada's arrest of Huawei chief financial officer Meng Wanzhou at the request of the United States.

Meng is also the daughter of the founder of the company, which enjoys strong Chinese government and military backing. The US has led a campaign joined by allies such as Australia to ban Huawei from major projects based on national security grounds.

'At this stage there is no evidence of such a connection,' Payne told reporters of a possible link to the Canadians' detention.

'I'd be concerned if there was an indication of that. So we are calling on the Chinese authorities to ensure this matter is dealt with transparently and fairly,' she added.

Payne declined to make public details of where and when Yang had been detained. She said she wanted an explanation for why Australia was not informed until on Wednesday night after Yang's friends and family had raised the alarm that he was missing.

A friend of Yang, University of Technology Sydney academic Feng Chongyi, said he had warned Yang against traveling to China in light of the Canadians' arrest. Yang had argued that he was safe because he had flown to China several times since taking the university job in New York in 2016.

'I told him the situation had changed. He didn't believe me. It was a horrible misjudgment,' Feng said.

Feng was detained for two weeks in 2017 while visiting China to research human rights lawyers and said later that he couldn't discuss details of his experience.

Rory Medcalf, head of the Australian National University's National Security College, had warned after the Canadians were detained that an Australian could be the next victim of 'China's hostage-taking.'

'It's hard to tell the precise reason for this detention,' Medcalf said. 'I think rather it's a signal that we're now — not only Australia, but really all democracies, all middle powers — are in for a period of sustained tension with China where the safety of our nationals in China simply cannot be assured.'

Columbia University said Yang had been a visiting scholar with the School of International Public Affairs' Institute for the Study of Human Rights since 2016. Spokesperson Caroline Adelman said the university had no comment on Yang's detention.