China has concerns and questions about Russia's invasion of Ukraine: Putin

The Russian president admits Beijing may not fully back war 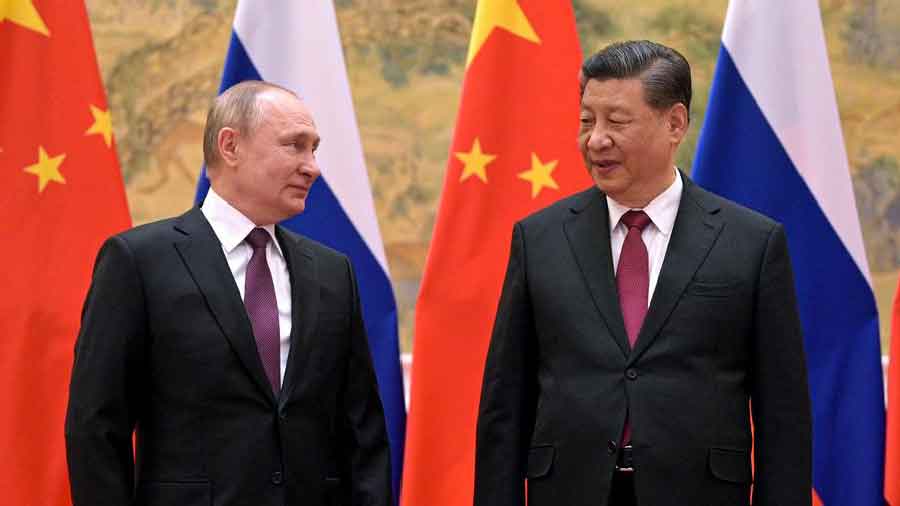 President Vladimir V. Putin of Russia said on Thursday that Moscow understood that China had “questions and concerns” about the war in Ukraine — a notable, if cryptic, admission from Putin that Beijing may not fully approve of Russia’s invasion of Ukraine.

He made the remark as he met Xi Jinping, China’s top leader, in Uzbekistan. China has staked out a neutral position on the invasion publicly, even as it has echoed the Kremlin’s rhetoric about Russia’s being treated unfairly by the West.

The summit, meant to signal the strength of the relationship between the two authoritarian leaders at a time of increasing animosity with the West and challenges to their agendas, is particularly important to Putin, who has become more isolated by the US and its allies over his invasion of Ukraine. Russia has also faced a spate of recent losses on the battlefield.

“We highly appreciate the balanced position of our Chinese friends in connection with the Ukrainian crisis,” Putin said in televised remarks at the start of the meeting.

“We understand your questions and concerns in this regard. During today’s meeting, of course, we will explain in detail our position on this issue, although we have spoken about this before.”

China did not release any immediate comment on the two leaders’ meeting. But a transcript released by the Kremlin of their initial remarks said that Xi had told Putin that “we are ready, together with our Russian colleagues, to set an example of a responsible world power and play a leading role in bringing such a rapidly changing world onto a trajectory of sustainable and positive development”.

The transcript did not have any comment from Xi regarding Ukraine or the threat posed by Nato. Putin, by contrast, railed against the “unipolar,” American-led world order that he sees Beijing and Moscow aligned against.

“We jointly stand for the formation of a just, democratic and multipolar world order based on international law and the central role of the UN, and not on some rules that someone has come up with and is trying to impose on others, without even explaining what it’s about,” Putin told Xi.“In general, I must say that the attempts to create a unipolar world have recently acquired an absolutely ugly shape and are absolutely unacceptable for the vast majority of states on the planet.”

One of the core principles of Chinese foreign policy, repeated again in official statements from Xi’s meetings this week with Central Asian heads of state, is that countries should not intervene in others’ internal affairs.