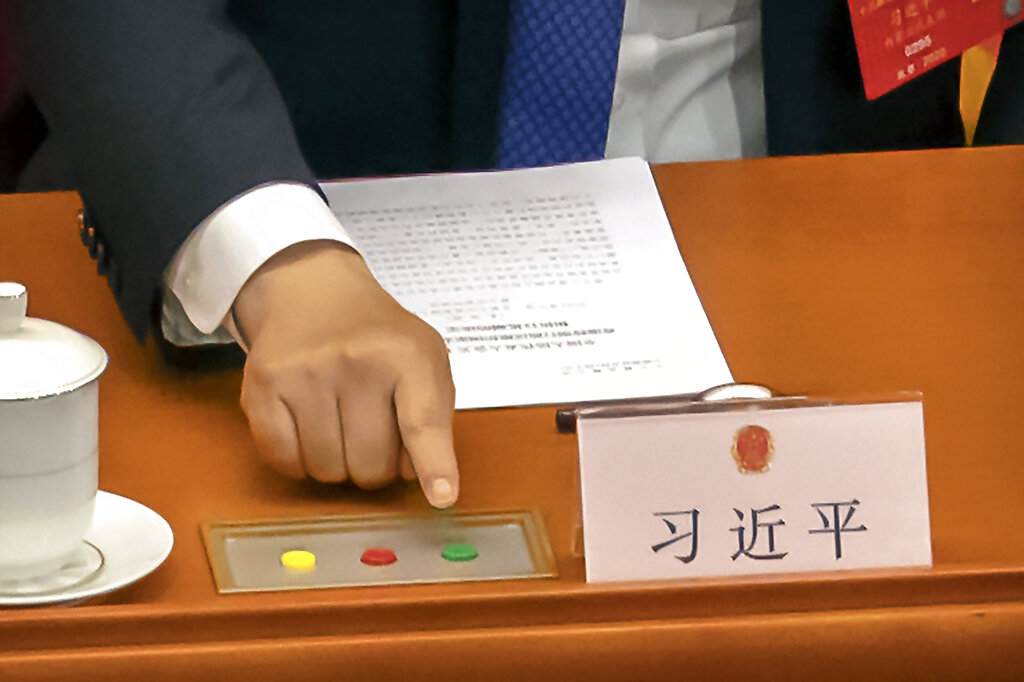 China officially has the broad power to quash unrest in Hong Kong, as the country’s legislature on Thursday nearly unanimously approved a plan to suppress subversion, secession, terrorism and seemingly any acts that might threaten national security in the semiautonomous city.

As Beijing hashes out the specifics of the national security legislation in the coming weeks, the final rules will help determine the fate of Hong Kong, including how much of the city’s autonomy will be preserved or how much Beijing will tighten its grip.

Early signals from Chinese authorities point to a crackdown once the law takes effect, which is expected by September.

Even Hong Kong’s chief executive this week appeared to hint that certain civil liberties might not be an enduring feature of Hong Kong life. “We are a very free society, so for the time being, people have the freedom to say whatever they want to say,” said the chief executive, Carrie Lam, noting, “Rights and freedoms are not absolute.”

The prospect of a national security law has prompted an immediate pushback in Hong Kong, where protesters are once again taking to the streets. The international community, too, has warned against infringing on the city’s civil liberties.

The Trump administration signalled on Wednesday that it was likely to end some or all of the US government’s special trade and economic relations with Hong Kong because of China’s move. The state department no longer considers Hong Kong to have significant autonomy, secretary of state Mike Pompeo said, a condition for maintaining the trade status.

China’s Premier, Li Keqiang, tried to strike an optimistic note about the national security law, saying on Thursday that it would provide the “steady implementation of the ‘one country, two systems’” political framework that has enshrined Hong Kong’s relative autonomy since the territory was reclaimed by China in 1997. The rules, the Premier said at the conclusion of the annual session of the legislature, the National People’s Congress, would protect “Hong Kong’s long-term prosperity and stability”.

Clues on the coming security law can be found in earlier templates: a 2003 bill in Hong Kong that was thwarted by protests, and a law in another semi-autonomous Chinese city, Macau.

Both contained broadly worded bans on sedition, subversion, secession and treason, while also enhancing law enforcement powers. The Hong Kong legislation would have allowed raids without warrants if the police believed national security would be jeopardised by waiting for a judge — the prospect of which drew vast crowds of peaceful protesters.

Both bills also made it easier for the authorities to win national security cases in court. The Macau legislation, for example, bars judges with foreign citizenship from serving on panels hearing national security cases. Hong Kong’s courts have long relied heavily on judges who have moved to the city from the British Commonwealth but retain passports from their home countries.

The legislation in Macau, a former Portuguese colony, has gone essentially unused for the past 11 years since its passage. The authorities there have preferred to take measures against occasional protests under statutes that attract less attention. But Macau’s government, unlike Hong Kong’s, has not faced a broad-based democracy movement that has attracted international sympathy.

The framework, specified in the city’s Basic Law and the Bill of Rights, provides broad protections for civil liberties. But a big exemption exists for the sort of national security legislation that Beijing is now drafting.

Both pieces of the framework draw on the language in the UN International Covenant on Civil and Political Rights.

The covenant has six different clauses allowing rights to be restricted if national security is at risk.

“If you do not plan to engage in acts of secession, subversion, terrorism or conspiring with foreign influence in connection with Hong Kong affairs, you will have no reason to fear,” Tung Chee-hwa, who was the city’s chief executive at the time of the 2003 national legislation, said on Monday.

The process for drafting and enacting the new law is prompting concerns.