China agrees to give $6bn aid to Pak 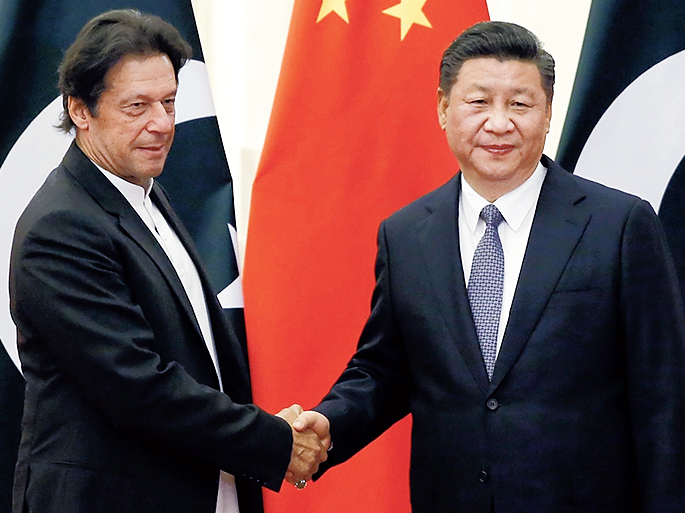 China on Friday reportedly agreed to provide $6 billion in aid to Pakistan, which is going through a “low point”, to minimise the cash-strapped country’s dependence on an IMF bailout package as Prime Minister Imran Khan held talks with Chinese President Xi Jinping.

Khan, who is here on his maiden visit, met Xi in the Great Hall of People in Beijing where the two leaders also held one-on-one meeting besides delegation-level talks, Pakistani media reports said.

Pakistan is expected to receive $6 billion economic package from China during the visit, Geo TV quoted sources as saying.

A loan of $1.5 billion is also expected to be offered, along with an additional package of $3 billion for the China-Pakistan Economic Corridor (CPEC), the report said.

The loan and the investments were reportedly part of the $6 billion package. However, there was no immediate official comment from Beijing on the report.

In his meeting with Xi, Khan, the cricketer-turned-politician, said: “My party (Pakistan Tehreek-e-Insaaf) has only been in power for two months. Unfortunately, we have inherited a very difficult economic situation.

“Countries go in cycles. They have their high points, they have their low points. Unfortunately, our country is going through a low point at the moment with two very big deficits, a fiscal deficit and a current account deficit. And so we, as I’ve said, have come to learn”.

Xi assured Khan that China considers its relations with Pakistan a diplomatic priority. “China has always supported Pakistan’s safeguarding of national independence, sovereignty and territorial integrity, and the new Pakistani government’s smooth running of the government and advancement of national construction,” he said.