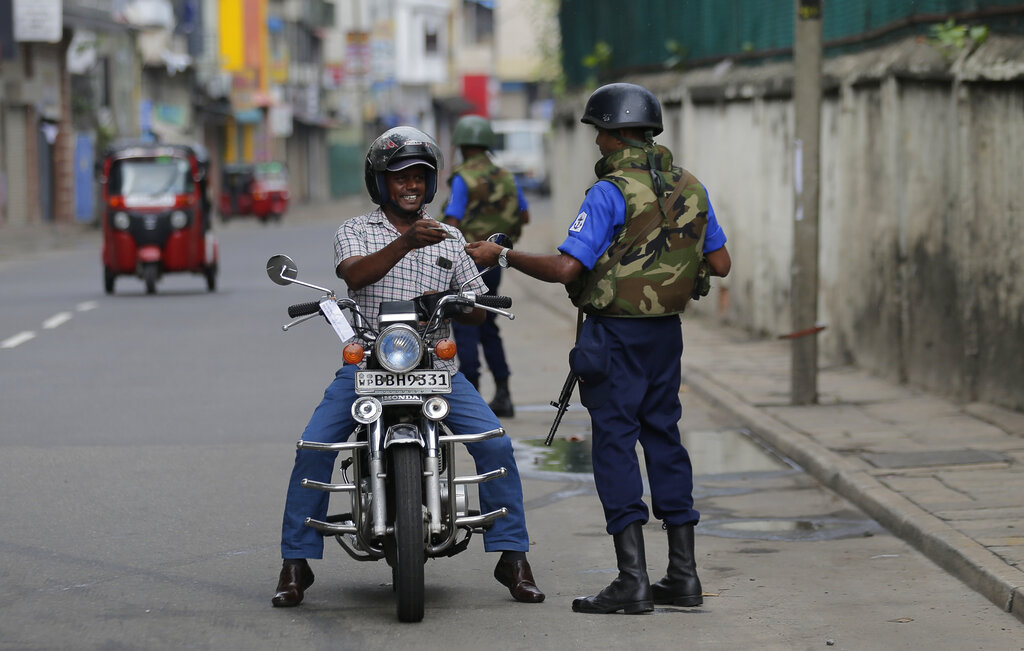 Catholic services are being cancelled for a second weekend in Sri Lanka's capital after the government warned of more possible attacks by the same Islamic State-linked group that carried out Easter suicide bombings.

Rev. Edmund Tillakaratne, spokesman for the Colombo diocese, said on Thursday that Cardinal Malcolm Ranjith had canceled all Sunday services in the diocese based on the latest security reports.

Last week, Muslims were told to stay home for Friday prayers and all of Sri Lanka's Catholic churches were closed. Instead of the usual Sunday Mass, Ranjith delivered a homily before clergy and national leaders at his residence that aired on television.

The April 21 bombings at churches and luxury hotels killed 253 people and officials have warned that suspects linked to the bombings are still at large.

A Cabinet minister said on Tuesday that intelligence warnings had indicated government ministers could be targeted by the same group, which pledged its loyalty to the Islamic State group.

Ranjith has criticized the government's apparent failure to share near-specific intelligence on the Easter plot and some of the suspects involved.

Sri Lankan police late Wednesday released the names and photographs of nine suicide bombers who carried out the Easter attacks. They included extremist preacher Mohamed Zahran, also known as Zahran Hashim, who was described as the attack leader, and another suicide bomber's wife, who blew herself up, along with her children and three police officers, at a villa belonging to her father-in-law, who is a prominent spice trader.