No plans to return artefacts but more transparency on acquisition 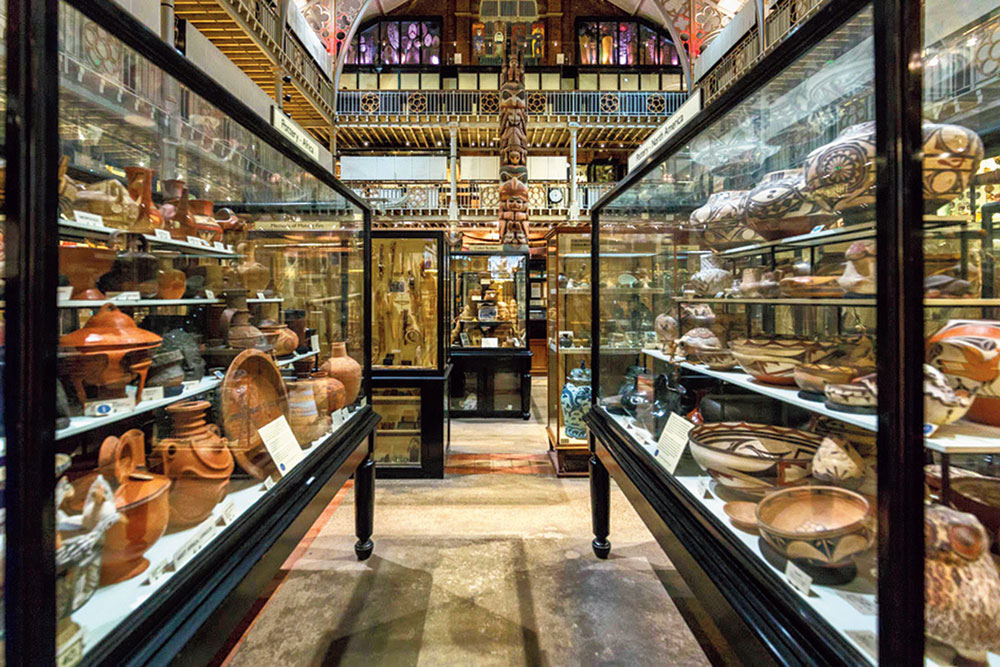 The Koh-i-Noor diamond may never be given back to India, but there is now a chance that in the years to come it will be sent on a long loan providing there is a solemn promise to restore it to the Tower of London once the Indian exhibitions are done.

This is the most mature interpretation to be put on a radical cultural exercise being undertaken by major museums in Britain to relabel their collections from India and other former colonies.

The idea is to be more honest and transparent about the acquisition of treasures stolen, plundered or grabbed after military conquests.

In Britain, the Victoria & Albert Museum, the British Museum and the Pitt Rivers Museum in Oxford are all involved in the exercise.

A spokesperson for the British Museum told The Telegraph: “This is not about returning objects but we are actively investigating provenance.”

The Pitt Rivers Museum, which has 20,000 Indian objects listed on its database, is taking on a research assistant to “identify and find ways to redress a range of ethical issues in the current displays”.

According to a spokesperson, “the project to review the museum labels is part of the current move to ‘decolonise’ museums.

“The relabelling process is not a preparation for returning objects….

“The project aims to look into objects with particularly problematic histories and to adjust the labelling accordingly.

“As a general example of inaccurate information, there are many examples where the geographical terminology or the cultural group name is out of date. For example, with the use of India on an old label doing from c.1900, these objects might now be given a provenance of India, Pakistan or Bangladesh.”

The V&A says it has appointed a dedicated “Provenance and Spoliation Research Curator”.

The V&A has one of the biggest Indian collections in the UK but to its credit it has mounted major exhibitions to show them in recent years — especially to British Asians and visitors from India.

These have included Maharaja: These Splendour of India’s Royal Courts (2010/2011); and Bejewelled Treasures: The Al Thani Collection (2015/2016), which focused on Moghul jewellery.

The Fabric of India from October 2015 to January 2016, the highlight of the V&A’s India Festival, “was the first major exhibition to explore the dynamic and multifaceted world of handmade textiles from India from the 3rd to the 21st century”.

The impetus for the movement has come from France, where President Emmanuel Macron commissioned a report from two French academics, Bénédicte Savoy and Felwine Sarr, who urged him to return African artefacts to their countries of origin.

The V&A’s director, Tristram Hunt, does not agree with the “everything colonial must go back” part of the report but nevertheless he applauded its underlying sentiment: “The report rightly reinforces how museums must be transparent about the origins and nature of their collections. Through exhibitions, conservation work, provenance research, talks, and events, the V&A is committed to exploring our own colonial history with rigour and transparency – and to building platforms for partnership and collaboration around the world.”

Hunt and others have suggested that Macron is playing politics by returning some objects to Africa in an effort to arrest France’s declining influence on the continent.

He added: “In the UK, although national museums operate more independently as arms-length bodies, governed by trustees, they are also subject to legislation, which currently precludes attempts to deaccession the collection.”

It may be that in the years to come, Indian treasures will return to India from the UK for long loans.

Hunt pledged: “Our ambition is to circulate more artefacts on long-term loan and, in the process, build up a richer curatorial and conservation exchange ecology….”

In Germany, the concept of restitution is a familiar one, not least because paintings and other art works seized by the Nazis during the second world war had to be returned to their Jewish owners.

This might explain the view of Hartmut Dorgerloh, general director, Humboldt Forum, Berlin, who said: “Restitution can be a consequence of provenance research, and indeed in certain cases it is imperative. Looted art must always be returned.”

Not everyone is willing to go to this extreme.

Nicholas Thomas, director of Museum of Archaeology and Anthropology, Cambridge, said: “Multicultural Europe, more than ever, needs museums that recognise and affirm the cultures and achievements of peoples worldwide.”

Despite the obvious good intentions of the museums, there might be differences of perception between Britain and India, for example, when it comes to writing a fresh label.

How should the Koh-i-Noor be labelled? Giving the controversy it has generated over the decades, the website of the Crown Jewels is almost coy. It says the diamond was “was presented to Queen Victoria in 1849”.

It was certainly given to her by Maharajah Duleep Singh but then can a boy of 15 freely make such a gift?