We are closely monitoring recent economic developments in the UK and are engaged with the authorities, says International Monetary Fund 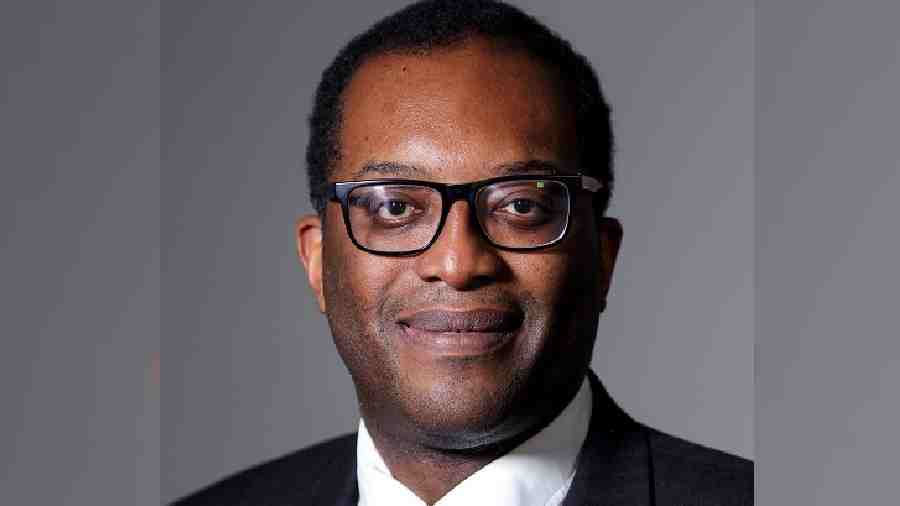 The British chancellor Kwasi Kwarteng has been upbraided by the International Monetary for effectively crashing the UK economy in what the BBC’s economics editor, Faisal Islam, said was “a stinging rebuke without a clear precedent”.

As the Bank of England moved on Wednesday to buy up unlimited quantities of long-term government debt as the pound slid to near parity with the dollar, the Labour leader Keir Starmer said the prime minister Liz Truss and her chancellor had “completely lost control of the economy”.

The only relief Kwarteng got was after a slur over his racial origins.

Akwasi Addo Alfred Kwarteng, 47, was born in London of Ghanaian parents, and was educated at Eton and Trinity College, Cambridge.

At a fringe meeting at a Labour party conference in Liverpool on Tuesday, Rupa Huq, member for the west London seat of Ealing Central and Acton, questioned whether a successful black man could be considered really black.

During a question and answer session, she said: “He’s superficially…he’s a black man but again he’s got more in common... he went to Eton, he went to a very expensive prep school, all the way through top schools in the country. If you hear him on the Today programme you wouldn’t know he’s black.”

She offered an apology after Starmer had moved swiftly to suspend her from the party: “I have today contacted Kwasi Kwarteng to offer my sincere and heartfelt apologies for the comments I made at yesterday’s Labour conference fringe meeting. My comments were ill-judged and I wholeheartedly apologise to anyone affected.”

Rupa, 50, and her younger sister, Konnie, 47, a well-known TV presenter, were born in London to parents who emigrated to the UK in 1962 from what was East Pakistan. Both sisters went to Cambridge University.

Rupa is the least of Kwarteng’s headache, though.

The IMF does not admonish G7 countries generally but it made an exception of Britain when it slammed the chancellor’s recent mini-budget which introduced tax cuts through heavy borrowing – something Rishi Sunak had warned would spook international markets.

The IMF said: “We are closely monitoring recent economic developments in the UK and are engaged with the authorities. We understand that the sizable fiscal package announced aims at helping families and businesses deal with the energy shock and at boosting growth via tax cuts and supply measures.

“However, given elevated inflation pressures in many countries, including the UK, we do not recommend large and untargeted fiscal packages at this juncture, as it is important that fiscal policy does not work at cross purposes to monetary policy.

“Furthermore, the nature of the UK measures will likely increase inequality.

“The November 23 budget will present an early opportunity for the UK government to consider ways to provide support that is more targeted and re-evaluate the tax measures, especially those that benefit high income earners.”

A poll has given Labour a 17-point lead over the Tories, in what is the party’s largest lead over the Conservative Party since Tony Blair’s landslide victory in 2001.

The poll, carried out by YouGov for the Times, found that Starmer has an approval rating of 45 per cent while Truss trails behind at 28 per cent. According to the Guardian, a Tory MP has submitted a letter of no confidence in Truss but she cannot be challenged for a year.

Truss's government has not been in office for even a month but already there was talk on LBC radio on Wedesday that it could collapse, triggering a general election. A Tory MP was quoted as "Kwasi Kwarteng is toast".