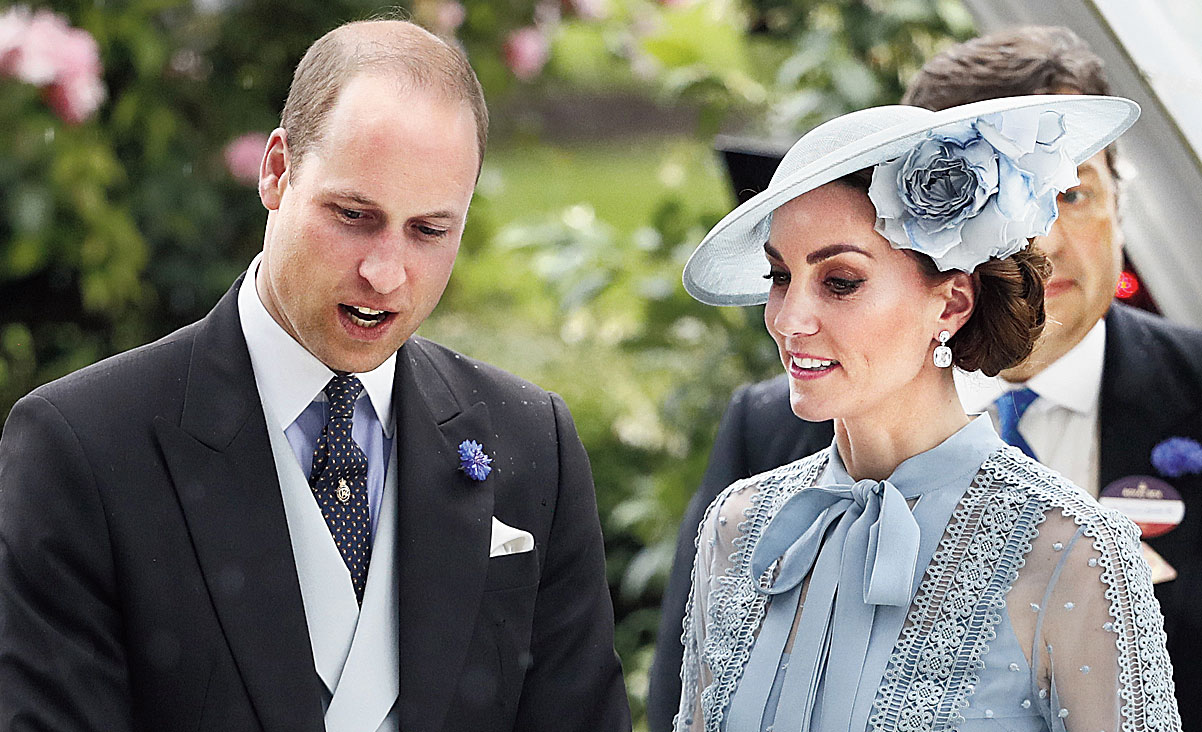 The Duke and Duchess of Cambridge “will undertake an official visit to Pakistan this autumn, at the request of the Foreign and Commonwealth Office”, Kensington Palace has announced, adding “further details will be advised in due course”.

Imran Khan has not been Prime Minister of Pakistan for even a year but the decision to expose Prince William and Kate to possible terrorist threats on this trip must be seen as a gesture of confidence in his government.

The decision has obviously been cleared by the British foreign secretary and Tory leadership contender Jeremy Hunt, who has not found the time to visit India since he took up his current job a year ago following Boris Johnson’s resignation from the post.

The dangers of sending senior royals to Pakistan were highlighted by the Daily Mirror, for example, with the headline: “Kate Middleton and William to go on weeklong Pakistan tour — despite terror risk.”

The report said: “The Duke and Duchess of Cambridge are to make the royal family’s first visit to Pakistan in 13 years, shrugging off security fears to follow in the footsteps of the Duke’s grandparents, father and late mother, Diana.”

Even the foreign office warns British travellers to Pakistan: “Terrorists are very likely to try to carry out attacks in Pakistan. There’s a high threat of terrorism, kidnap and sectarian violence throughout the country, including the cities of Islamabad, Rawalpindi, Lahore and Karachi.”

Diana, Princess of Wales, did indeed go to Pakistan on two semi-private visits in 1996 and 1997 but that was when she was pursuing a doomed love affair with the Pakistani heart surgeon, Hasnat Khan.

Hasnat’s mother had politely received the Princess, with Imran and his then wife, Jemima Khan, acting as go-between, but apparently made it clear that her son was not for her.

Diana is said to have prepped herself for the encounter by reading sections from the Quran and watching a selection of Bollywood films to get a better understanding of subcontinental culture. She was photographed wearing a salwar kameez and headscarf.

Diana had also visited Imran’s cancer hospital, so this time there will be a personal link between William and the Pakistani Prime Minister.

William and Kate will not be accompanied by their three young children, George, Charlotte and Louis — unlike Prince Harry and Meghan, who will take their five-month-old son Archie to Africa, also in the autumn.

Pakistani high commissioner Nafees Zakaria took the opportunity to project a positive picture of Pakistan, saying the country’s government and people “warmly welcome the announcement of the royal visit”.

He mentioned the Queen’s Pakistan trips in 1961 and 1997 and portrayed the upcoming royal visit as “a reflection of the importance the United Kingdom attaches to its relations with Pakistan”.

It’s still unclear why William and Kate are being sent to Pakistan. The British do try and be even-handed, and since the couple came to India in April 2016, a trip to Pakistan offers balance. But it will take a huge military operation to ensure nothing untoward happens in Pakistan.

Britain is home to about a million people of Pakistani origin, though this number may have increased to 1.5 million. The Indian-origin population is now probably around 2.5 million.

Britain has resisted the Indian government’s attempts to have Pakistan isolated as a terrorist state.

A recent report on the UK’s relations with India by the Commons foreign affairs select committee acknowledged: “The UK’s ties with Pakistan complicate the process of building a closer defence and security relationship with India. Some Indian observers view the UK as overly sympathetic to Pakistan. Our evidence highlighted UK actions against terrorist groups in the region as important in building confidence with India on this point.

“(Foreign office minister Mark) Field (now suspended) told us that the richness of the UK relationship with both countries had allowed it to play a ‘unique’ role in keeping communications open. According to the FCO, the US is the only other country with a strong enough relationship with Pakistan to get the access needed to calm tensions.

“The recent flare-up in tensions between India and Pakistan is deeply regrettable and dangerous. Given limited official lines of communication between the two countries, it is vital that there are countries that are on friendly terms with both, and can work to reduce tensions. The UK’s ability to maintain good relations with both New Delhi and Islamabad, and be perceived as a credible interlocutor, is particularly important following these clashes.”

In some circles, there is greater sympathy for Pakistan, despite all its problems, because India is viewed as more than a little arrogant and drunk with notions of its own superpower status.