In the eyes of probably a majority of the 160,000 Tory party members, Boris will always be in the right 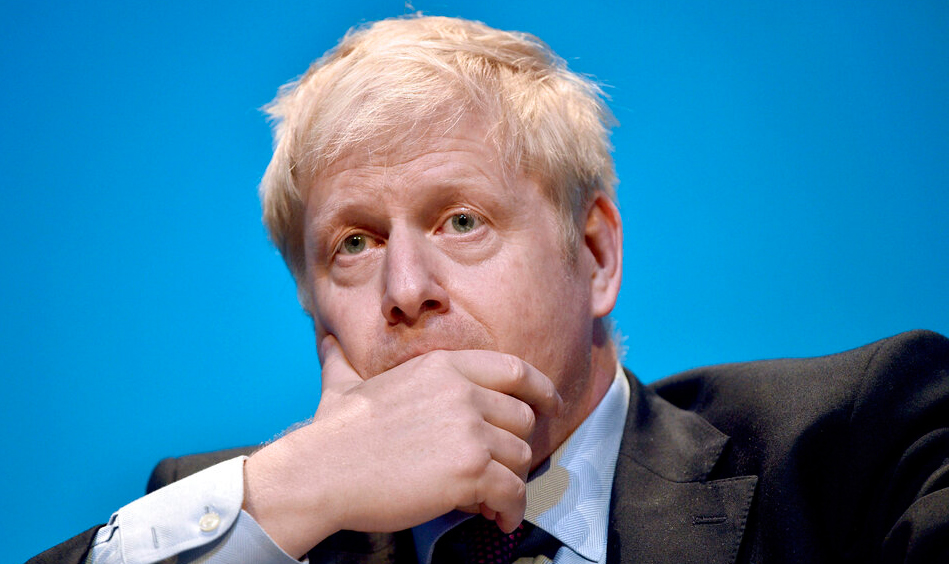 Foreign secretary and Tory leadership contender Jeremy Hunt has overtaken Boris Johnson in a “shock poll” — though the findings should be treated with a certain amount of scepticism.

But there is no denying Boris’s late night bust-up with his young girlfriend Carrie Symonds, 31, has become an election issue that appears to have reduced the lead he initially enjoyed over his rival in the battle to become Prime Minister of Britain.

The chances are Boris, 55, will still win in the end because in the eyes of probably a majority of the 160,000 Tory party members, he will always be in the right even when he is considered by some to be in the wrong.

The Sunday Telegraph put an imaginative spin on the deepening controversy by suggesting in a front-page story that the fault lay not with Boris but his politically motivated neighbours who had called police to Carrie’s south London flat: “Left wing neighbours admit taping Boris row.”

The neighbour who called the police, Tom Penn, a 29-year-old playwright, explained he dialled the emergency number 999 after hearing shouting coming from an adjoining flat: “It was loud enough and angry enough that I felt frightened and concerned for the welfare of those involved, so I went inside my own home, closed the door, and pressed record on the voice memos app on my phone.

A report in The Mail on Sunday will not make happy reading for Team Boris: “Bust-up Boris’ campaign is hit by shock blow: Mail on Sunday poll of all voters puts Hunt three points ahead of his rival… and Mr Johnson’s lead among Tory voters is more than halved.”

“Two exclusive surveys by this newspaper — one taken before and the other after news broke of Friday’s dramatic incident — found that Mr Johnson’s lead of eight per cent on Thursday had turned into a three per cent deficit yesterday among all voters,” the paper revealed.

It added: “Among Tory voters, Mr Johnson’s lead as the man who would make the best Prime Minister has more than halved, from a 27-point lead to just 11.”

Compared with leadership contests in India, similar British battles tend to be a lot more vicious under a cloak of superficial politeness. After all, the stakes could not be higher: whoever wins gets to be Prime Minister of the UK without having to fight a general election.

On Saturday, at the first of 16 hustings due to be held over the next month, Boris refused to answer questions on why the police had to be called to Carrie’s flat. LBC talk radio presenter Iain Dale, who was in the chair, repeatedly pressed Boris for an explanation but received no answer.

In fact, many of the 1,000 Tory party members booed Dale and cheered Boris as he said the party faithful did not want “to hear about that kind of thing”.

The chief secretary to the treasury, Liz Truss, who has high hopes of replacing Philip Hammond as Britain’s first woman chancellor of the exchequer, defended Boris’s decision not to talk about his relationship with Carrie: “I believe it’s a private matter — I don’t think the public are concerned about that.”

This is not a view shared by other cabinet ministers.

Speaking about the row on the BBC’s Andrew Marr Show on Sunday, international trade secretary Liam Fox — who backs Hunt in the leadership race — said: “It’s always easier to just give an explanation. The key thing is then how you get on to the issues. What we can’t have is it being a distraction from explanations about wider policy.”

Tory grandee and former foreign secretary Sir Malcolm Rifkind, who is also backing Hunt, told BBC Radio 5 Live: “If you are a candidate to be Prime Minister and the police have been called to your house — fairly or unfairly — the fact is there was a police visit. You don’t just say ‘no comment’. That implies you may have something you don’t want to disclose.”

Rifkind rejected a suggestion that Boris should be allowed to draw a distinction between his private and public life. “I’m sorry, you don’t have that sort of private life if you’re asking people to choose you to be their Prime Minister. Of course, there are certain things that are utterly personal, but it’s rather like (Conservative Party politician) Michael Gove being asked if he took cocaine.”