The power to prorogue is limited by constitutional principles: Supreme Court 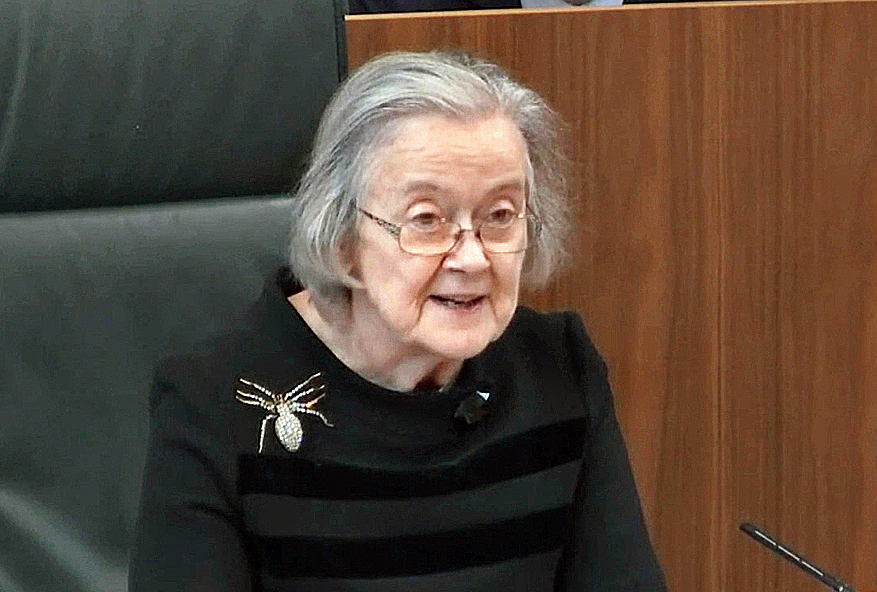 The president of the UK’s supreme court, Lady Hale — “Brenda” to her friends — has explained in forensic detail why she came down against Boris Johnson and ruled that he had behaved illegally in advising the Queen to prorogue parliament.

Boris has said he does not agree with the judgment but the 11 appeal court judges were unanimous in finding fault against him, Hales said.

Lawyers in London say the judgment is a landmark one for its lays down the fundamental principle that it is Parliament, representing the will of the people, which is supreme — not the government. Many of the points will also apply to the Lok Sabha, according to expert opinion.

In 2012, Hale unveiled a bust of Cornelia Sorabji in the hall of Lincoln’s Inn in London. The historian Kusoom Vadgama had gifted the bust of Sorabji, who was not only Somerville College’s first Indian student, but also the first Indian woman to study at any British university. She became the first female Indian lawyer.

Hale, 74, who will retire next year, is the first woman president of the supreme court.

Reading out the summary of the judgment, she said the 11 judges were hearing two appeals — one brought by the campaigner Gina Miller, who had previously lost when the High Court in London had ruled in favour of Boris, and the other brought by the government against the Inner House of the Court of Session in Scotland. The latter had ruled against Boris.

“The first question is whether the lawfulness of the Prime Minister’s advice to Her Majesty is justiciable,” said Hale. “This Court holds that it is.”

She continued: “In considering prerogative powers, it is necessary to distinguish between two different questions. The first is whether a prerogative power exists and if so its extent. The second is whether the exercise of that power, within its limits, is open to legal challenge.

“This second question may depend upon what the power is all about: some powers are not amenable to judicial review while others are. However, there is no doubt that the courts have jurisdiction to decide upon the existence and limits of a prerogative power. All the parties to this case accept that. This Court has concluded that this case is about the limits of the power to advise Her Majesty to prorogue Parliament.”

She went on: “The second question, therefore, is what are the limits to that power?

“Two fundamental principles of our Constitution are relevant to deciding that question. The first is Parliamentary sovereignty — that Parliament can make laws which everyone must obey: this would be undermined if the executive could, through the use of the prerogative, prevent Parliament from exercising its power to make laws for as long as it pleased.

“The second fundamental principle is Parliamentary accountability: in the words of Lord Bingham, senior Law Lord, ‘the conduct of government by a Prime Minister and Cabinet collectively responsible and accountable to Parliament lies at the heart of Westminster democracy’. The power to prorogue is limited by the constitutional principles with which it would otherwise conflict.”

Hale continued: “For present purposes, the relevant limit on the power to prorogue is this: that a decision to prorogue (or advise the monarch to prorogue) will be unlawful if the prorogation has the effect of frustrating or preventing, without reasonable justification, the ability of Parliament to carry out its constitutional functions as a legislature and as the body responsible for the supervision of the executive.

“The third question, therefore, is whether this prorogation did have the effect of frustrating or preventing the ability of Parliament to carry out its constitutional functions without reasonable justification. This was not a normal prorogation in the run-up to a Queen’s Speech. It prevented Parliament from carrying out its constitutional role for five out of the possible eight weeks between the end of the summer recess and exit day on 31st October. Proroguing Parliament is quite different from Parliament going into recess.”

She laid out the judges’ reasoning: “No justification for taking action with such an extreme effect has been put before the court.

“The only evidence of why it was taken is the memorandum from Nikki da Costa (Boris’s adviser on legal matters in 10, Downing Street) of 15th August. This explains why holding the Queen’s Speech to open a new session of Parliament on 14th October would be desirable.

It does not explain why it was necessary to bring Parliamentary business to a halt for five weeks before that, when the normal period necessary to prepare for the Queen’s Speech is four to six days. It does not discuss the difference between prorogation and

recess.”Hale then got to the heart of the matter: “The Court is bound to conclude, therefore, that the decision to advise Her Majesty to prorogue Parliament was unlawful because it had the effect of frustrating or preventing the ability of Parliament to carry out its constitutional functions without reasonable justification.

“The next and final question, therefore, is what the legal effect of that finding is and therefore what remedies the Court should grant.

“This means that when the Royal Commissioners walked into the House of Lords it was as if they walked in with a blank sheet of paper. The prorogation was also void and of no effect. Parliament has not been prorogued. This is the unanimous judgment of all 11 Justices.

During a meeting with US President Donald Trump at the UN on Tuesday, British Prime Minister Boris Johnson said: “I disagree profoundly with what they had to say. I think it was entirely right to go ahead with a plan for a Queen’s speech.”