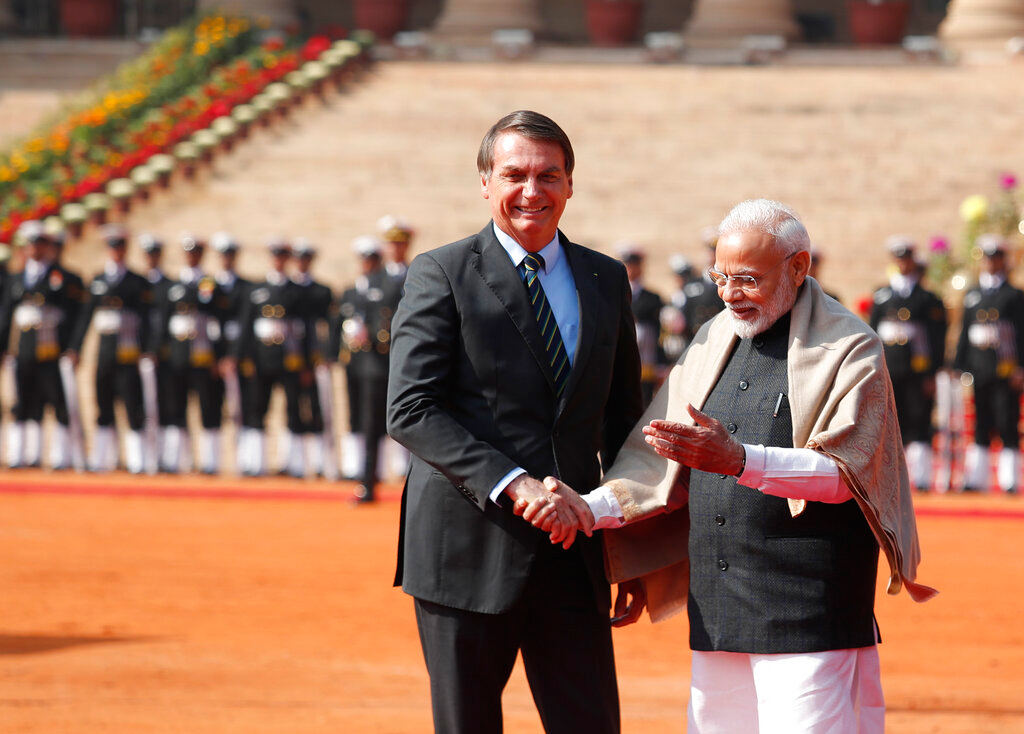 President Jair Bolsonaro fired his deputy chief of staff for the second time this week after the official used a Brazilian Air Force plane to fly from Davos to New Delhi last week.

The costly trip has drawn extensive public criticism amid mounting allegations of corruption by Bolsonaro’s administration.

Bolsonaro first fired the official, Vicente Santini, on Tuesday when he returned from a state visit to India, calling his use of the plane “completely immoral”. Santini was reassigned to another position by Onyx Lorenzoni, the chief of staff.

After heightened public outcry, Bolsonaro told reporters on Thursday that he was firing Santini definitively and said that the main policy area run by Lorenzoni’s office, the Investment Partnerships Program (PPI), would be moved to the economy ministry.

The loss of authority over this key programme, aimed at drawing local and foreign investors into infrastructure projects, marks a fall from grace for Lorenzoni. He was one of the first lawmakers to back Bolsonaro’s presidential bid but has been unable to muster support in Congress for many of the administration’s policies, including a bid to restructure the government.

Santini flew from the World Economic Forum in the Swiss Alps on an Air Force Legacy executive jet to join Bolsonaro’s visit to India, even though such flights are reserved for ministers and other higher-ranking authorities. The scandal adds to speculation Lorenzoni will be dropped from Bolsonaro’s cabinet which political analysts have been predicting for months.

According to the Estado de S.Paulo newspaper, the flight cost Brazilian taxpayers 740,000 reais ($177,000), not welcome news for a government that says it is committed to fiscal belt-tightening and fighting corruption. Only two other aides were on the plane, the paper reported.

Bolsonaro, a far-right leader elected in 2018 on a pledge to clean up Brazilian politics, has been hurt by accusations his tourism minister committed electoral fraud and a money-laundering investigation into his son, Senator Flavio Bolsonaro, a former Rio de Janeiro state lawmaker.

The PPI programme has been reassigned to economy minister Paulo Guedes, who is working to speed up the privatisation of state companies, reduce the government’s budget deficit and restore confidence in Brazil’s finances.