Confronted with a choice between big brothers on either side for years, Thimphu has consistently been with Delhi and not maintained formal diplomatic relations with China 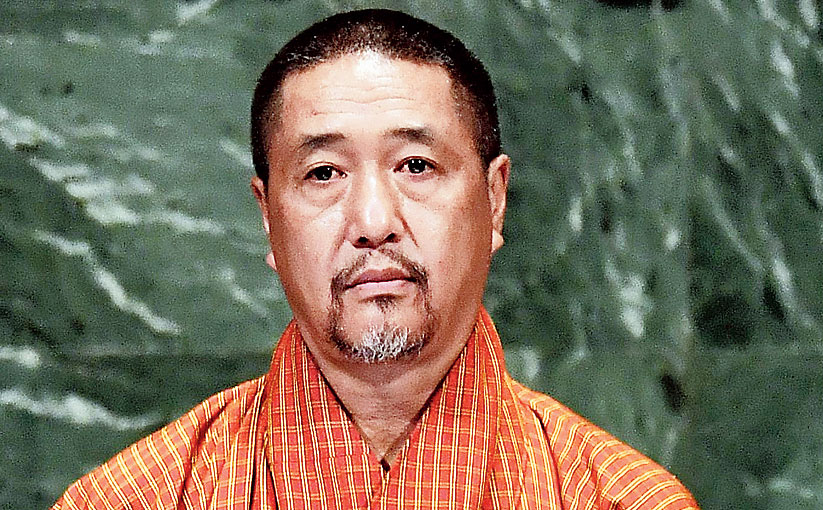 A party that is widely expected to win the Bhutan elections later this month is pitching for self-reliance, causing consternation in New Delhi against the aftermath of the Doklam crisis in which the tiny Himalayan nation became the focal point of a standoff between India and China.

India fears that such a positioning could drive Bhutan, which receives economic, military and technical assistance from New Delhi, closer to China at a time another neighbour, Nepal, has elected a government that is perceived as close to Beijing.

There is a social media buzz in Bhutan, which received nearly $800 million in grants from India for its last five-year plan, that Beijing is playing an active role to keep pro-India forces away from power and that the emphasis on “self-reliance” is an attempt to “de-couple” from India.

Confronted with a choice between big brothers on either side for years, Thimphu has consistently been with Delhi and not maintained formal diplomatic relations with China.

India has also remained committed to Bhutan because of its strategic importance as a buffer in protecting the Siliguri Corridor, often referred to as the “chicken’s neck” that connects India’s mainland with its north-eastern states, from any aggression.

With a little over 4.38 lakh voters, the size of the Bhutan electorate may be a third of a parliamentary constituency in India, but for external affairs ministry mandarins the National Assembly polls, scheduled for October 18, are of immense importance.

Unlike elections in other neighbouring countries such as Bangladesh, Nepal, Sri Lanka and Pakistan, where anti-India sentiments are whipped up for political gains, there has been no word against India in the run-up to the Bhutan polls.

But the undercurrent of self-reliance is keeping the Indian government on tenterhooks.

“The most important reason for the discomfort is the repeated assertion by the Druk Phuensum Tshogpa (DPT), one of the main political parties, that its target is to make Bhutan’s economy self-reliant by 2025 to strengthen the country’s security and sovereignty,” a source in India’s intelligence establishment said.

The September primaries threw up the DPT and the fledgling Druk Nyamrup Tshogpa (DNT) as the two contestants for the elections, eliminating the ruling People’s Democratic Party (PDP) and the Bhutan Kuen-Nyam.

Candidates of the DPT, which seems to have the edge, are building the self-reliance pitch in the daily three-round debates with their DNT counterparts that are telecast live on television. The DPT nominees are explaining the perils of dependence on donors.

With this campaign gathering steam against the backdrop of the defeat of the pro-India PDP, the signs are worrying for Delhi and its friends in Thimphu.

“The former government’s defeat in the primaries means people saying a ‘No’ to India,” said a former editor of Kuensel, the national newspaper of Bhutan.

An Indian diplomat, however, swatted away all speculation, dubbing them “Chinese whispers”.

“People may accept freebies if they come their way, but given the economic and geographic realities, the India-Bhutan relationship doesn’t face any challenge from anywhere,” said the diplomat, who did not wish to be named.

He, however, added that India was maintaining a “low profile” in the run-up to the elections and was prepared to “conduct business” with whoever came to power.

Some observers are linking the “self-reliance” pitch to the tension that gripped Bhutan during the Doklam standoff, when Indian and Chinese soldiers stood eyeball-to-eyeball for 73 days.

Amid questions on whether there is a possibility of Thimphu toeing the Kathmandu line of friendship with China, DPT president Pema Gyamtsho stressed that there was no possibility of “any surprise” in Bhutan’s foreign policies.

“The stress on self-reliance should not be misinterpreted. Even India wants to be self-reliant…. A self-reliant Bhutan will be a confident Bhutan, which will result in a stronger India,” Gyamtsho told The Telegraph.

Some people with “mischievous motives” are injecting the India-China element into the polls, which are more about ensuring a better future for Bhutan, he added.