None of the 9 passengers survive the crash; tributes pour in from across the globe 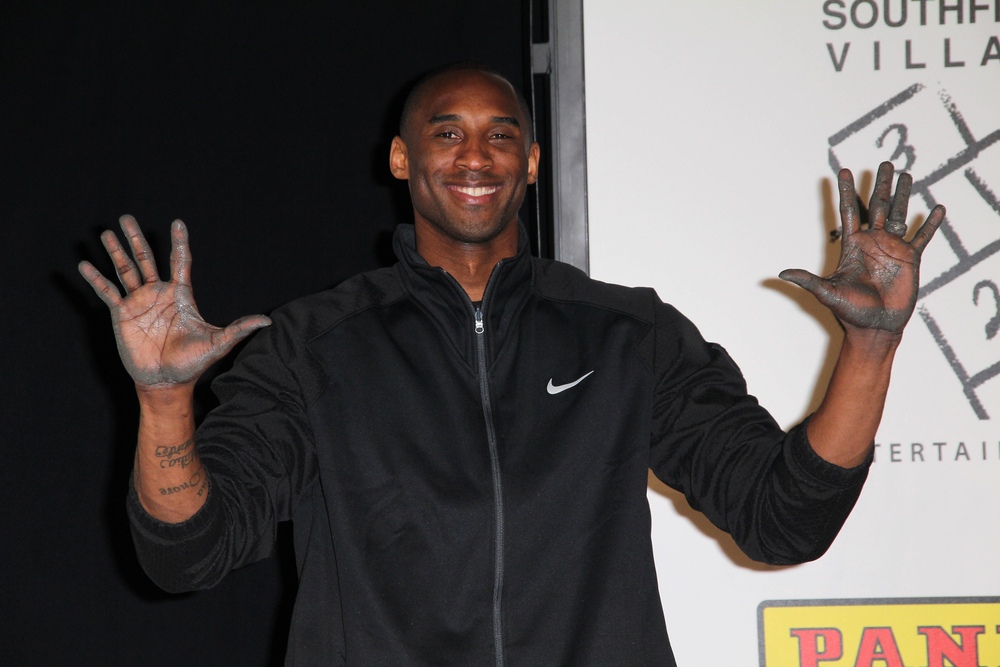 Kobe Bryant, a five-time NBA champion and two-time Olympic gold medallist, is widely regarded as one of the greatest basketball players in history, an iconic figure who became one of the faces of his sport during a glittering two-decade career with the Los Angeles Lakers.
Shutterstock
Agencies   |   Published 27.01.20, 05:10 AM

NBA legend Kobe Bryant died on Sunday when a helicopter he was riding in crashed and burst into flames in thick fog, killing all nine people on board including his teenage daughter and plunging the sports world into mourning.

Bryant, 41, was travelling with his 13-year-old daughter Gianna and seven other passengers and crew when their Sikorsky S-76 helicopter slammed into a rugged hillside in Calabasas, west of Los Angeles. There were no survivors.

Bryant, a five-time NBA champion and two-time Olympic gold medallist, is widely regarded as one of the greatest basketball players in history, an iconic figure who became one of the faces of his sport during a glittering two-decade career with the Los Angeles Lakers.

Dozens of firefighters and paramedics battled across steep terrain to reach the flaming wreckage at the crash site but found no survivors, officials said.

The National Transportation Safety Board said an 18-strong team of investigators would be sent to California to probe the causes of the crash.

Bryant's death sent shockwaves throughout the world, with basketball stars stunned by the news.

'Laker Nation, the game of basketball & our city, will never be the same without Kobe,' former Los Angeles Lakers star Magic Johnson wrote on Twitter.

Laker Nation, the game of basketball & our city, will never be the same without Kobe. Cookie & I are praying for Vanessa, his beautiful daughters Natalia, Bianka & Capri, as well as his parents Joe & Pam & his sisters. We will always be here for the Bryant family. pic.twitter.com/WWxmtEAJqZ

Chicago Bulls legend Michael Jordan said Bryant was 'like a little brother' to him.

'Words can't describe the pain I'm feeling,' Jordan said. 'We used to talk often and I will miss those conversations very much.'

Tributes to Bryant flooded in from former US Presidents, pop stars and athletes from different sports, a sign of how the man known as the 'Black Mamba' had transcended basketball.

'Kobe was a legend on the court and just getting started in what would have been just as meaningful a second act,' former US President Barack Obama wrote on Twitter.

Kobe was a legend on the court and just getting started in what would have been just as meaningful a second act. To lose Gianna is even more heartbreaking to us as parents. Michelle and I send love and prayers to Vanessa and the entire Bryant family on an unthinkable day.

Houston mayor Sylvesyer Turner said Bryant 'made an impact, not only on the basketball court, but off the court and across other sports.'

Tonight, our city pays tribute to a trail blazer who pushed the envelope and perfected his game every day. #KobeBryant truly made an impact, not only on the basketball court, but off the court and across other sports.

May God bring comfort to his family. #MambaMentality pic.twitter.com/DH3Wxo6CQP

At the Staples Center in downtown Los Angeles, several hundred shocked fans gathered to pay tribute as the venue which witnessed many of Bryant's career highlights hosted the music industry's Grammy Awards.

'This dude is everything to me man. It makes no sense,' said distraught Lakers fan Bobby Jimenez, sobbing as he stood outside the venue.

The Grammys got under way with a somber tribute from singer Alicia Keys.

'To be honest with you, we're all feeling crazy sadness right now,' Keys told the audience. 'Los Angeles, America and the whole wide world lost a hero. And we're literally standing here heartbroken in the house that Kobe Bryant built.' Across the NBA, tributes were held at several of the eight games scheduled for Sunday.

Denver Nuggets fans began chants of 'Kobe, Kobe' as a minute's silence was held before their game against the Houston Rockets.

In New York, Madison Square Garden was lit up in purple and gold colors of the Lakers, alongside a giant image of Bryant captioned: 'Kobe Bryant, 1978-2020.' The crash came only hours after Bryant was passed by current Lakers star LeBron James for third on the all-time NBA scoring list in a Saturday game at Philadelphia.

'Continuing to move the game forward @KingJames,' Bryant wrote. 'Much respect my brother #33644'.

Continuing to move the game forward @KingJames. Much respect my brother 💪🏾 #33644

Bryant was a five-time NBA champion in a career that began in 1996 straight out of a high school and lasted until his retirement in 2016.

He also was a two-time Olympic gold medalist, helping spark the US squad of NBA stars to titles in 2008 in Beijing and 2012 in London.

Bryant bowed out of the NBA in 2016, scoring 60 points in his final appearance before his adoring fans at the Staples Center.

It was a fairytale farewell to a sporting career which had begun two decades earlier.

The son of former NBA player Joe 'Jellybean' Bryant, the Lakers legend was born in Philadelphia in 1978 while his father played for the 76ers.

The elder Bryant played from 1984 to 1991 in Italy, giving young Kobe a global worldview as he grew up dreaming of following his dad into the NBA.

He would eventually join the ranks of professionals at the age of 17, jumping directly into the NBA, only the sixth player and first guard to make such a leap.

At 18, Bryant became, at the time, the youngest player or starter in an NBA game and the youngest winner of the NBA Slam Dunk Contest.

With Bryant paired alongside Shaquille O'Neal, the Lakers captured three NBA crowns in a row from 2000-2002, returning the team to glory days unseen since 1988.

Bryant's career was almost derailed in 2003 when he was arrested in Colorado over a sexual assault complaint filed by a 19-year-old hotel employee where Bryant was staying ahead of knee surgery.

Bryant was accused of rape. He admitted to adultery but said he did not commit rape. The case was dropped in 2004 after the accuser refused to testify in a trial.

A separate civil suit was settled under terms kept private.

Bryant saw out his career with the Lakers, successfully branching out into the entertainment industry following his retirement.

In 2018, he won an Oscar for his animated short film 'Dear Basketball', a love letter to the sport which brought him fame and fortune.