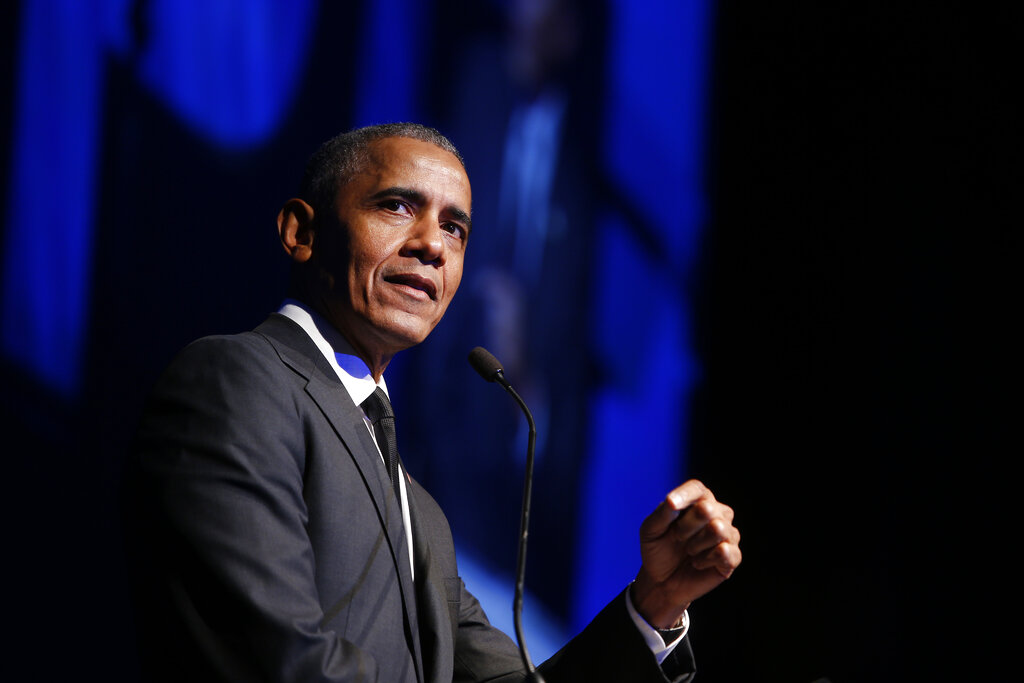 Without the springtime rituals of traditional graduation ceremonies, former US President Barack Obama delivered two virtual commencement addresses on Saturday, urging millions of high school and college graduates to fearlessly carve a path and “to seize the initiative” at a time when he says the nation’s leaders have fumbled the response to the coronavirus pandemic.

The speeches, aired hours apart, combined the inspirational advice given to graduates — build community, do what is right, be a leader — with pointed criticism of the handling of an outbreak that has killed more than 87,000 Americans and crippled much of the economy.

“More than anything, this pandemic has fully, finally torn back the curtain on the idea that so many of the folks in charge know what they’re doing,” Obama said in his first address, directed at graduates of historically black colleges and universities. “A lot of them aren’t even pretending to be in charge.”

Although Obama did not mention President Donald Trump by name, some saw his comments as criticism of his successor.

In speeches that spoke to social inequities, Obama said the pandemic was a wake-up call for young adults, showing them the importance of good leadership and that “the old ways of doing things just don’t work”.

“Doing what feels good, what’s convenient, what’s easy — that’s how little kids think,” he said during a prime-time special for high school seniors. “Unfortunately, a lot of so-called grown-ups, including some with fancy titles and important jobs, still think that way — which is why things are so screwed up. I hope that instead, you decide to ground yourself in values that last, like honesty, hard work, responsibility, fairness, generosity, respect for others.”

Obama’s comments were one of his few public addresses to a national audience during the outbreak, and he said a leadership void had created a clear mandate for the graduates: “If the world’s going to get better, it’s going to be up to you,” he said.

Obama’s remarks were billed as commencement speeches, but they also appeared to be an effort to comfort and assure an American public divided by Trump’s handling of the crisis. The former President also used the occasions to attempt to rally the nation in an election year around values historically championed by Democrats like universal health care, and environmental and economic justice.

Obama told the seniors the outbreak had forced them to “grow up faster than some generations”, as they have had to deal with the pressures of social media, school shootings, climate change and, now, a pandemic.

He encouraged the high school graduates to face down those challenges, as scary as they might be.

“If we’re going to create a world where everybody has the opportunity to find a job, and afford college; if we’re going to save the environment and defeat future pandemics, then we’re going to have to do it together,” he said. “So be alive to one another’s struggles.”

Obama told the college graduates, most of whom are black, that the coronavirus “just spotlights the underlying inequalities and extra burdens that black communities have historically had to deal with in this country”.

As communities across the country emerge from stay-at-home measures, and people clash over how much freedom they should have, Obama suggested that Americans needed to be considerate of others.

He encouraged the graduates to work with other marginalised groups in their efforts to create societal change.

“It doesn’t matter how much money you make if everyone around you is hungry and sick,” he said, later adding that “our society and democracy only works when we think not just about ourselves, but about each other”.