Asylum seekers must pay a fee to apply: Trump 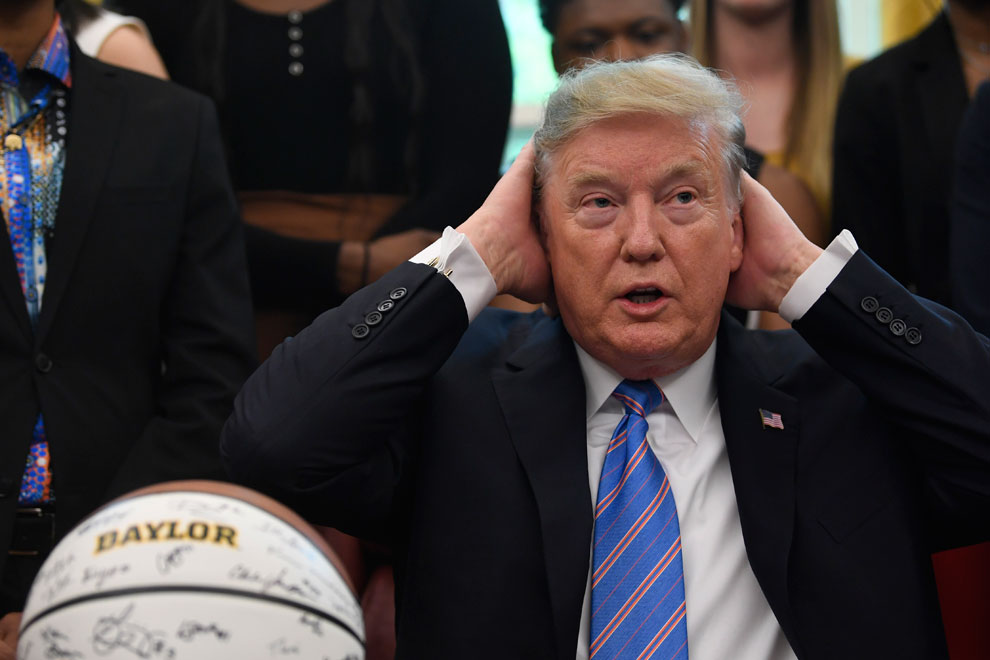 President Donald Trump is proposing charging asylum seekers a fee to process their applications as he continues to try to crack down on the surge of Central American migrants seeking to cross into the US.

In a presidential memorandum signed on Monday, Trump directed his attorney general and acting homeland security secretary to take additional measures to overhaul the asylum system, which he insists 'is in crisis' and plagued by 'rampant abuse.'

The changes are just the latest in a series of proposals from an administration that is struggling to cope with a surge of migrant families arriving at the southern border that has overwhelmed federal resources and complicated Trump's efforts to claim victory at the border as he runs for re-election. Most of those arriving say they are fleeing violence and poverty, and many request asylum under US and international law.

As part of the memo, Trump is giving officials 90 days to come up with new regulations to ensure that applications are adjudicated within 180 days of filing, except under exceptional circumstances.

And he is directing officials to begin charging a fee to process asylum and employment authorization applications, which do not currently require payment.

The White House and Department of Homeland Security officials did not immediately respond to questions about how much applicants might be forced to pay, and it is unclear how many families fleeing poverty would be able to afford such a payment.

A spokesman for the UN High Commissioner for Refugees, at a regular UN briefing in Geneva on Tuesday, said he had no information on the fees and other measures in the proposal from Trump. But seeking asylum, spokesman Charlie Yaxley said, 'is a fundamental human right, and people should be allowed to exercise those rights when seeking to seek asylum.'

Trump's memo says the price would not exceed the cost of processing applications, but officials did not immediately provide an estimate for what that might be.

Trump also wants to bar anyone who has entered or tried to enter the country illegally from receiving a provisional work permit and is calling on officials to immediately revoke work authorizations when people are denied asylum and ordered removed from the country.

The Republican president also is calling on Homeland Security to reassign immigration officers and any other staff 'to improve the integrity of adjudications of credible and reasonable fear claims, to strengthen the enforcement of the immigration laws, and to ensure compliance with the law by those aliens who have final orders of removal.'

Arrests along the southern border have skyrocketed in recent months, with border agents making more than 100,000 arrests or denials of entry in March, a 12-year high.

Department of Homeland Security Secretary Kirstjen Nielsen resigned in early April amid Trump's increasing frustration over how many Central American families were crossing the US-Mexico border. US Customs and Border Protection Commissioner Kevin McAleenan took over as acting head of the department.