Brunei, the current Asean chair, will issue a statement on Saturday about the more than two-hour-long virtual meeting 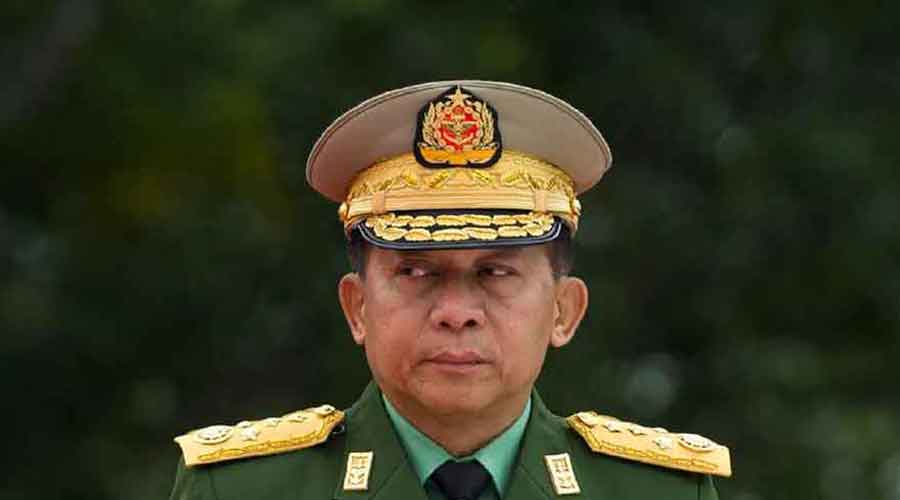 Southeast Asian foreign ministers agreed on Friday to exclude the chief of Myanmar’s ruling junta from a summit of regional leaders later this month, according to five sources with knowledge of the decision.

The ministers held an online meeting on Friday to discuss a response to the failure of Myanmar’s ruling military to follow a roadmap drafted by the Association of Southeast Asian Nations (Asean) five months ago.

Five sources with knowledge of what took place at the meeting said a non-political figure in Myanmar would be invited by Asean to represent the country at the leaders’ summit instead.

Myanmar’s military seized power in a February 1 coup led by Min Aung Hlaing, ending a decade of tentative democracy and triggering a backlash that has plunged the country into chaos.

The junta’s failure to take steps to end the violence, allow humanitarian access and start dialogue with its opponents has tested the resolve of the bloc — as well as perceptions of its international credibility.

Myanmar has been one of Asean’s most divisive issues since it joined the bloc in 1997 as a military dictatorship lambasted by the west for its iron-fisted rule, testing Asean’s unity and denting its international image.

Shutting out Min Aung Hlaing, though not formally recognised as an Asean leader, would be a big step for the bloc, which has a policy of non-interference in each other’s affairs and has long favoured engagement over punitive measures.

Indonesia’s foreign minister Retno Marsudi on Twitter said her country was advocating that Myanmar “should not be represented at the political level until Myanmar restores its democracy through an inclusive process”. Brunei, the current Asean chair, will issue a statement on Saturday about the more than two-hour-long virtual meeting, Malaysia's foreign ministry said.

Myanmar's lack of progress has exasperated several ASEAN members https://reut.rs/3n0K1m1, including the Philippines, Singapore, Indonesia and Malaysia, which had indicated they could back excluding Min Aung Hlaing https://reut.rs/3vdCjIW from the Oct. 26-28 ASEAN leaders' summit.

Malaysia's Foreign Minister Saifuddin Abdullah earlier on Friday said the meeting would discuss ASEAN special envoy Erywan Yusof's hopes to visit Myanmar next week, and gauge its willingness to commit to what it agreed to.

But three sources said Erywan had decided not to make the visit next week.