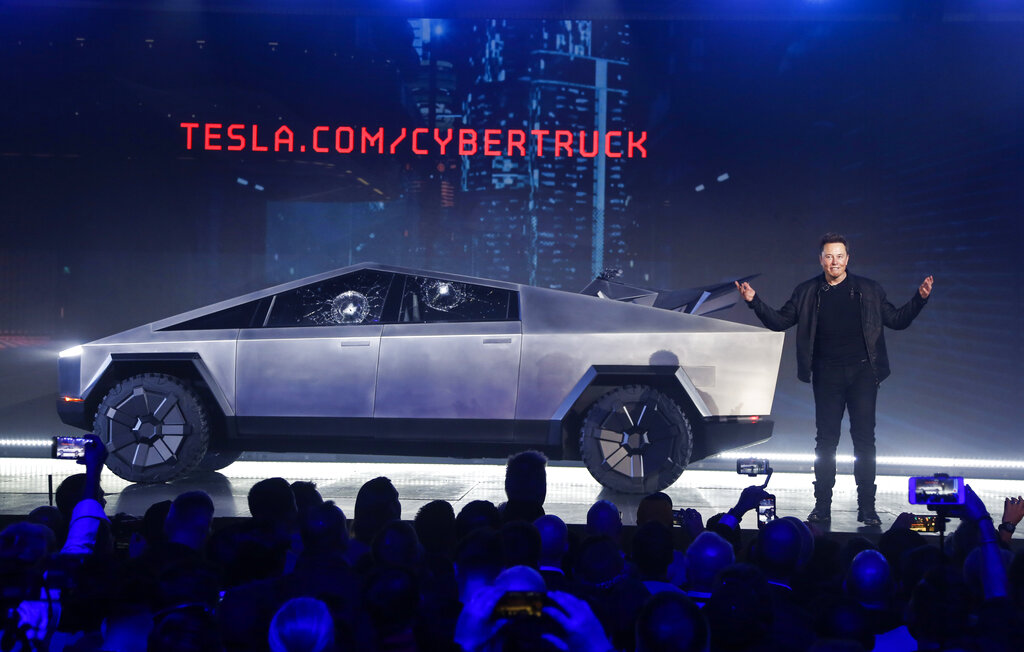 Tesla Inc’s highly anticipated unveiling of its futuristic pick-up truck suffered a setback after its “armoured glass” windows shattered during a demonstration.

During the tightly choreographed unveiling of the Cybertruck to cheering fans on Thursday, Tesla boss Elon Musk had taken a stab at the design, power and durability of mainstream trucks, only to be shaken when his boast about his new truck’s windows backfired.

With a starting price of $39,900, the Cybertruck’s futuristic, angular body in gun-metal grapy resembles an armoured vehicle.

Musk singled out the Ford F-150, the top-selling vehicle in the US, to highlight the capabilities of the Cybertruck, showing an edited video of the two trucks in a back-to-back “tug-of-war” in which the Cybertruck takes off, dragging the F-150 behind it shortly after both trucks accelerate from starting position.

To show off the robust design of the new pick-up, Musk enlisted his head of design, Franz von Holzhausen, to take a sledgehammer to the side of the vehicle, whose exterior will be made from the same stainless steel used in the Starship rocket developed by Musk’s SpaceX company.

The crowd cheered when it bounced off the surface without leaving a mark. But the truck’s windows were not as fortunate, cracking like spiderwebs when von Holzhausen threw metal balls at them. Reuter