For the second time in a week, the German chancellor was seen shaking 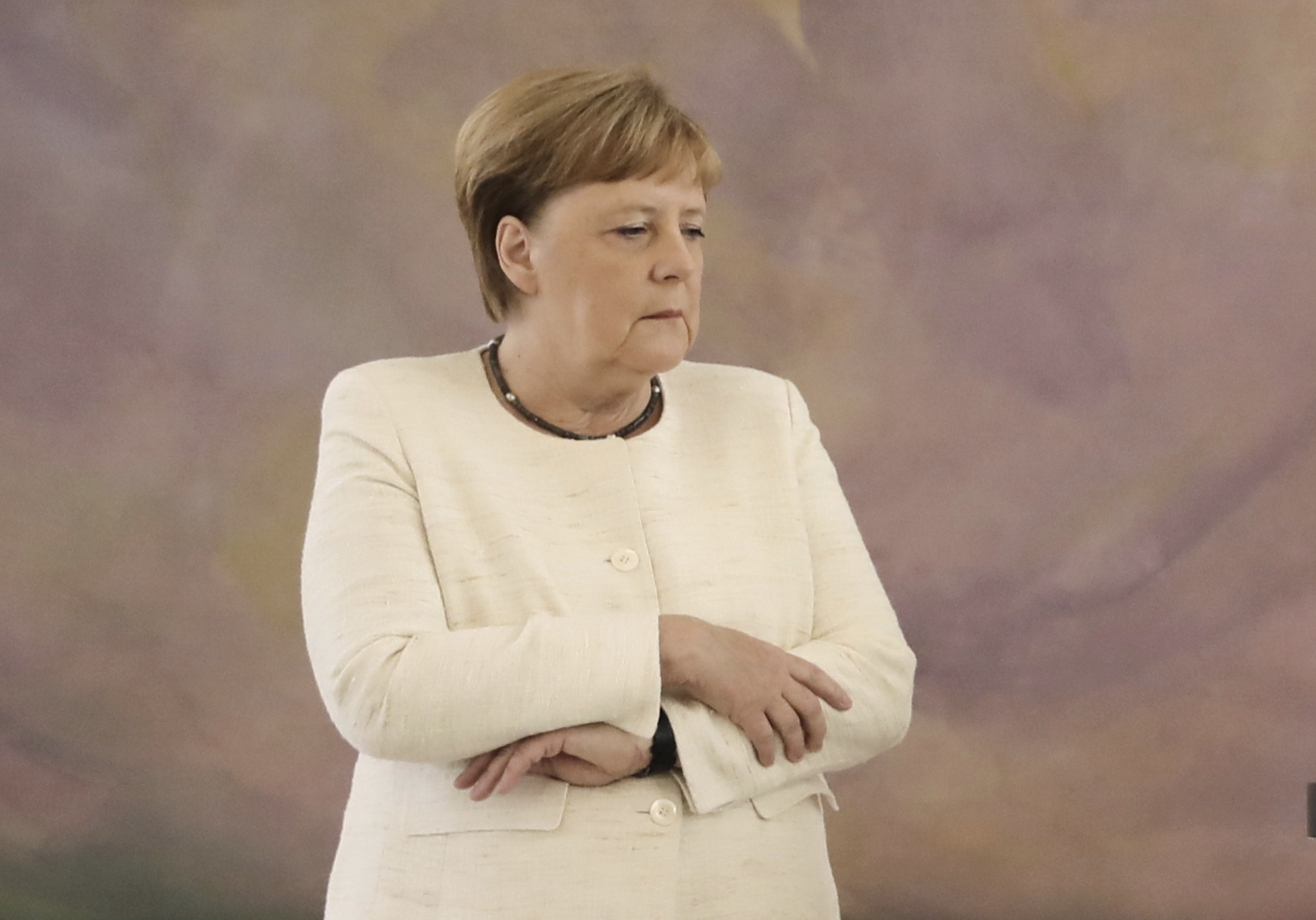 Merkel, 64, folded her arms across her chest while her body trembled for around two minutes as she stood alongside President Frank-Walter Steinmeier at an indoor event.
AP
AP   |   Berlin   |   Published 27.06.19, 12:28 PM

German Chancellor Angela Merkel appeared unsteady and was seen shaking for the second time in just over a week at a ceremony in Berlin on Thursday.

Merkel, 64, folded her arms across her chest while her body trembled for around two minutes as she stood alongside President Frank-Walter Steinmeier at an indoor event where Germany's new justice minister was being formally appointed.

The chancellor was handed a glass of water but rejected it. She appeared fine when she arrived in parliament half an hour later.

Merkel set off to Japan a few hours later for the annual summit of the Group of 20 global powers.

Her spokesman, Steffen Seibert, told news agency dpa that 'everything is going ahead as planned. The chancellor is fine.'

Merkel's office wouldn't comment on the cause or otherwise elaborate. It is not publicly known if Merkel has any health problems. German privacy laws are very strict on that type of information.

On Tuesday last week, Merkel's whole body shook as she stood outside in hot weather alongside Ukraine's president. Merkel said afterwards that she was fine after drinking three glasses of water, which she 'apparently needed'.

Hot weather in Germany has continued this week, though outdoor temperatures in Berlin dropped significantly overnight after peaking at 37 degrees Celsius (99 Fahrenheit) on Wednesday.

Merkel has been German leader since 2005.

Last week, dpa reported that Merkel had previously been seen shaking under similar circumstances in the hot sun. It did not give a date for that incident, but said it was also ascribed to Merkel not drinking enough water.

The chancellor has a reputation for stamina garnered in years of late-night domestic and European negotiating marathons.

On Wednesday, she was on her feet in public for around two hours — first answering lawmakers' questions in parliament, then giving a speech across town. There was no sign then of any health issues.

Merkel has rarely had to cut back her work schedule significantly — though she did so for a few weeks in 2014 when she cracked her pelvis while cross-country skiing in Switzerland during a winter vacation.

Merkel said last year that she won't seek a fifth term as chancellor and won't seek any other political job after her current term ends in 2021.

She gave up the leadership of her center-right party after a pair of poor state election performances that followed a rocky start to her fourth-term government. She has shown no sign since of wanting to give up the chancellorship before her term is up.