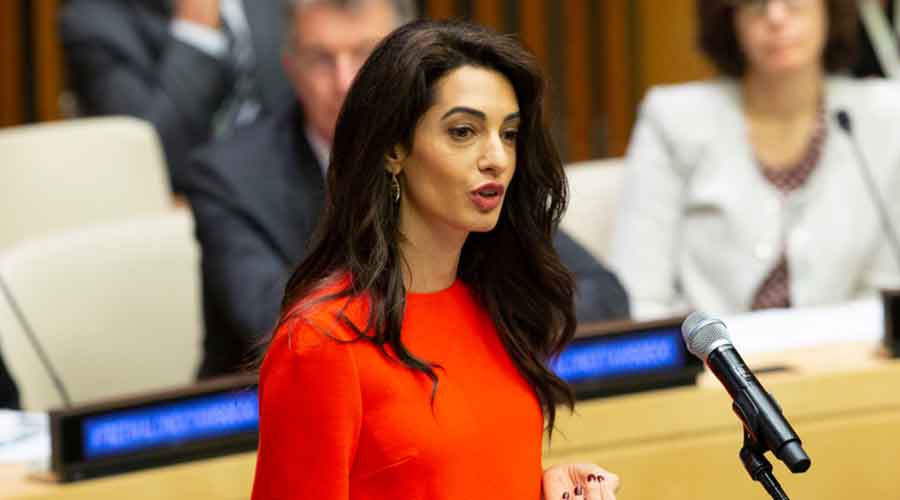 Boris Johnson suffered another blow to his reputation when Amal Clooney, a top human rights lawyer and wife of Hollywood star George Clooney, resigned as the UK government’s envoy on media freedom after taking issue with the British Prime Minister’s decision to override part of the Withdrawal Agreement he himself signed last year with the European Union.

Amal, who took on the responsibility in July last year of campaigning for journalistic freedom around the world, resigned after failing to secure any reassurances in a face to face meeting with foreign secretary Dominic Raab.

Boris has already been warned of the consequences of unilaterally breaking a binding international treaty by five former Prime Ministers while Democratic candidate Joe Biden has said there is little chance of a UK-US free trade agreement being signed under his presidency if pledges on Northern Ireland contained in the agreement are flouted.

In her resignation letter, Amal said she was “disappointed” to have to resign because “I have always been proud of the UK’s reputation as a champion of the international legal order, and of the culture of fair play for which it is known”.

The 42-year-old Lebanese-origin lawyer went on: “However, very sadly, it has now become untenable for me, as Special Envoy, to urge other states to respect and enforce international obligations while the UK declares that it does not intend to do so itself.

“As the President of the Bar Council of England and Wales has affirmed, undermining the rule of law that ‘this country is built on... will fatally puncture people’s faith in our justice system’. And it threatens to embolden autocratic regimes that violate international law with devastating consequences all over the world….

“In these circumstances I have been dismayed to learn that the Government intends to pass legislation — the Internal Market Bill — which would, by the Government’s own admission, ‘break international law’ if enacted.”

“I was also concerned to note the position taken by the Government that although it is an ‘established principle of international law that a state is obliged to discharge its treaty obligations in good faith’, the UK’s ‘Parliament is sovereign as a matter of domestic law and can pass legislation which is in breach of the UK’s Treaty obligations’.”