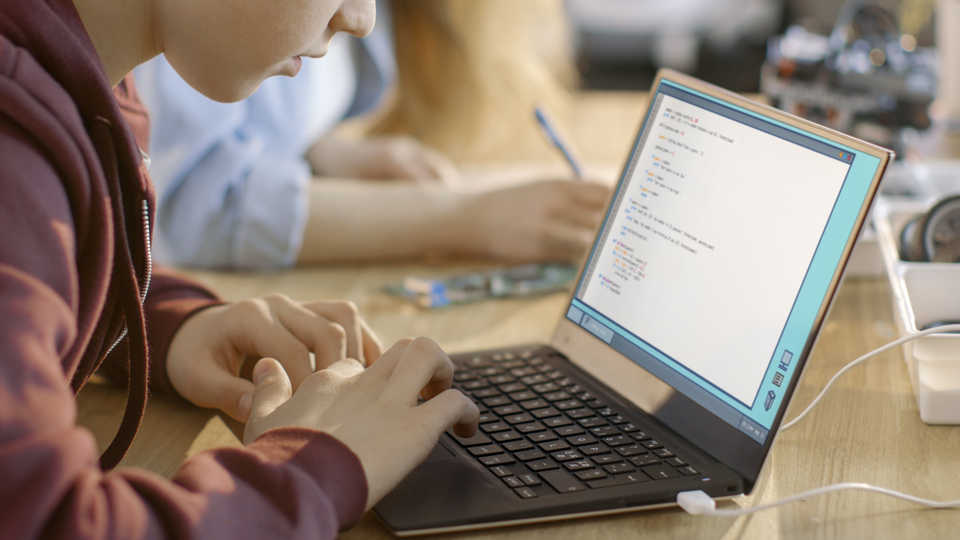 The day after New Year’s, John Reichert of Boulder, Colorado, had a heated argument with his 14-year-old son, James. “I’ve failed you as a father,” he told the boy despairingly.

During the long months of lockdowns and shuttered schools, Reichert, like many parents, overlooked the vastly increasing time that his son was spending on video games and social media. Now, James, who used to focus his free time on mountain biking and playing basketball, devotes nearly all of his leisure hours — about 40 a week — to Xbox and his phone. During their argument, he pleaded with his father not to restrict access, calling his phone his “whole life”.

“That was the tipping point. His whole life?” said Reichert, a technical administrator in the local sheriff’s office. “I’m not losing my son to this.”

Nearly a year into the coronavirus pandemic, parents across the country — and the world — are watching their children slide down an increasingly slippery path into an all-consuming digital life. When the outbreak hit, many parents relaxed restrictions on screens as a stopgap way to keep frustrated, restless children entertained and engaged. But, often, remaining limits have vaporised as computers, tablets and phones became the centrepiece of school and social life, and weeks of stay-at-home rules bled into nearly a year.
The situation is alarming parents, and scientists too.

“There will be a period of epic withdrawal,” said Keith Humphreys, a professor of psychology at Stanford University, an addiction expert and a former senior adviser to President Barack Obama on drug policy. It will, he said, require young people to “sustain attention in normal interactions without getting a reward hit every few seconds.”

Scientists say that children’s brains, well through adolescence, are considered “plastic”, meaning they can adapt and shift to changing circumstances. That could help younger people again find satisfaction in an offline world but it becomes harder the longer they immerse in rapid-fire digital stimulation.

Dr Jenny Radesky, a paediatrician who studies children’s use of mobile technology at the University of Michigan, said she did countless media interviews early in the pandemic, telling parents not to feel guilty about allowing more screen time, given the stark challenges of lockdowns. Now, she said, she’d have given different advice if she had known how long children would end up stuck at home.

“I probably would have encouraged families to turn off Wi-Fi except during school hours so kids don’t feel tempted every moment, night and day,” she said, adding, “The longer they’ve been doing a habituated behaviour, the harder it’s going to be to break the habit.”

The concern is not just over the habits of teens and tweens. Legions of children under 10 are giving countless hours to games like Fortnite, and apps like TikTok and Snapchat. An app called Roblox, particularly popular among children aged 9 to 12 in the US, averaged 31.1 million users a day during the first nine months of 2020, an increase of 82 per cent over the year before.

Overall, children’s screen time had doubled by May as compared with the same period in the year prior, according to Qustodio, a company that tracks usage on tens of thousands of devices used by children, aged four to 15, worldwide. The data showed that usage increased as time passed: In the US, for instance, children spent, on average, 97 minutes a day on YouTube in March and April, up from 57 minutes in February, and nearly double the use a year prior — with similar trends found in Britain and Spain. The company calls the month-by-month increase “The Covid Effect.”

Children turn to screens because they say they have no alternative activities or entertainment — this is where they hang out with friends and go to school — all while the technology platforms profit by seducing loyalty through tactics like rewards of virtual money or “limited edition” perks for keeping up daily “streaks”
of use.

“This has been a gift to them — we’ve given them a captive audience: our children,” said Dr Dimitri Christakis, director of the Centre for Child Health, Behaviour and Development at Seattle Children’s Research Institute. The cost will be borne by families, Dr Christakis said, because increased online use is associated with anxiety, depression, obesity and aggression — “and addiction to the medium itself”.

Crucially, the research shows only associations, which means that heavy Internet use does not necessarily cause these problems. What concerns researchers, at a minimum, is that the use of devices is a poor substitute for activities known to be central to health, social and physical development, including physical play and other interactions that help children learn how to confront challenging social situations.

Yet parents express a kind of hopelessness with their options. Keeping to pre-pandemic rules seems not just impractical, it can feel downright mean to keep children from a major source of socialising.

“So I take it away and they do what? A puzzle? Learn to sew? Knit? I don’t know what the expectations are,” said Paraskevi Briasouli, a corporate writer who is raising four children — aged eight, six, three and one — with her husband in a two-bedroom Manhattan apartment. Device time has replaced sports on weekday afternoons and soared 70 per cent on weekends, she said.

Before the pandemic, Dr Briasouli’s eight-year-old son, Jesse, sometimes used his father’s old iPad Pro. During the pandemic, he got an iPad mini and so did his six-year-old sister.

“And we got a Nintendo Switch because everybody got a Switch,” Dr Briasouli said. Some days, she said, she watches her son sit with three devices, alternating play among them.

The boy’s father, Jesse Tayler, said his own concerns about the heavy technology use were being offset by some optimism that his children were becoming able digital natives.

“These are the tools of their lives,” he said. “Everything they will do, they will do through one of these electronic devices, socialisation included.”