Adidas under pressure to sever ties with Kanye West 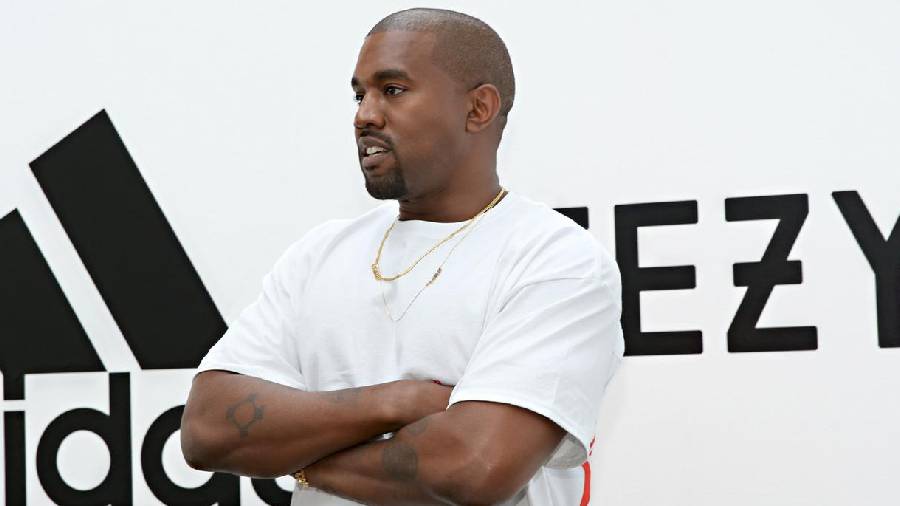 The celebrity — known formally as Ye — has recently made a slew of antisemitic remarks, triggering widespread outrage and resulting in his accounts on Twitter and Instagram being restricted.

Adidas said earlier this month it was reviewing its relationship with West after he appeared wearing a "White Lives Matter" T-shirt at a fashion show in Paris.

What did Jewish groups say?

The president of the Central Council of Jews in Germany, Josef Schuster, has called on Bavaria-based Adidas to "immediately stop its cooperation with Kanye West," he told Redaktionsnetzwerk Deutschland on Monday.

"The rapper's daily antisemitic comments are unbearable for Jews in Germany and around the world," Schuster said. "As a German company, I simply expect Adidas to take a clear stance when it comes to antisemitism. Corporate interests must not take precedence here."

Anti-Defamation League CEO Jonathan Greenblatt tweeted that the company's silence "is a danger to Jews."

"We can't let Ye's antisemitism become normalized — we all need to demand Adidas Run Away From Hate by condemning his racist rhetoric and re-evaluating their partnership."

On Monday, a studio decided to shelve a completed documentary about the rapper. "We cannot support any content that amplifies his platform,'' the executives of the MRC studio said in a memo.

It comes after Paris-based fashion house Balenciaga had ended ties with him last week.

West had also broken off his partnership with fashion retailer Gap last month.

His lawyer said in a statement that West was left with "no choice but to terminate their collaboration" because, he alleges, Gap breached their partnership by not opening branded Yeezy stores and distributing his apparel as originally planned, among other issues.

The artist has happily courted controversy and promoted conspiracy theories, having previously called slavery a choice and said that the COVID-19 vaccine was "the mark of the beast."

He recently announced he was buying conservative social media platform Parler, which became a hub and bubble for right-wing and far-right conspiracy theorists who felt censored on more mainstream platforms.

The rapper-turned-mogul has been open about having a bipolar disorder. A recent Netflix documentary, "Jeen-Yuhs," laid bare his ongoing mental health problems.