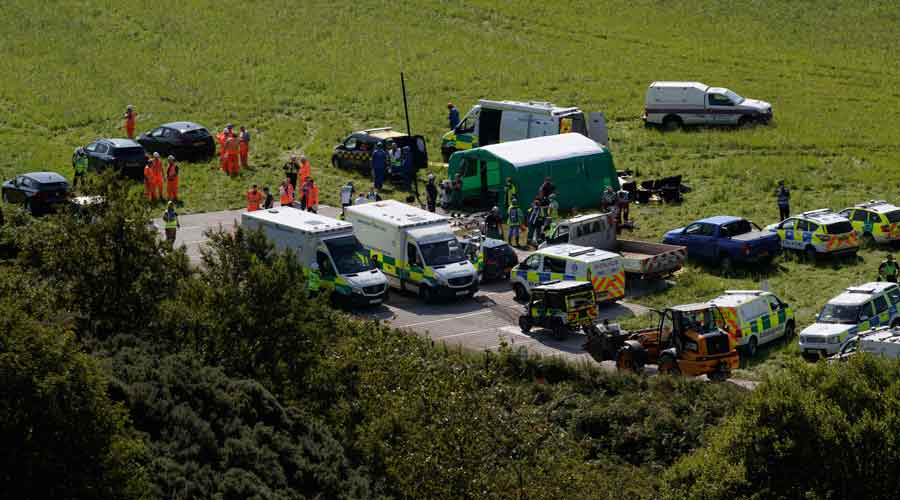 Three people are believed to have died and one is feared missing after a train derailed on Wednesday morning on the east coast of Scotland, First Minister Nicola Sturgeon said.

Dark smoke billowed from a woodland area at the bottom of a valley near Stonehaven, just south of Aberdeen, after the ScotRail train derailed following heavy rain overnight.

Two air ambulances and about 30 emergency service vehicles could be seen in a field just above the scene of the derailment.