There were 5,107 entries from 49 Commonwealth countries representing 2.3 billion people 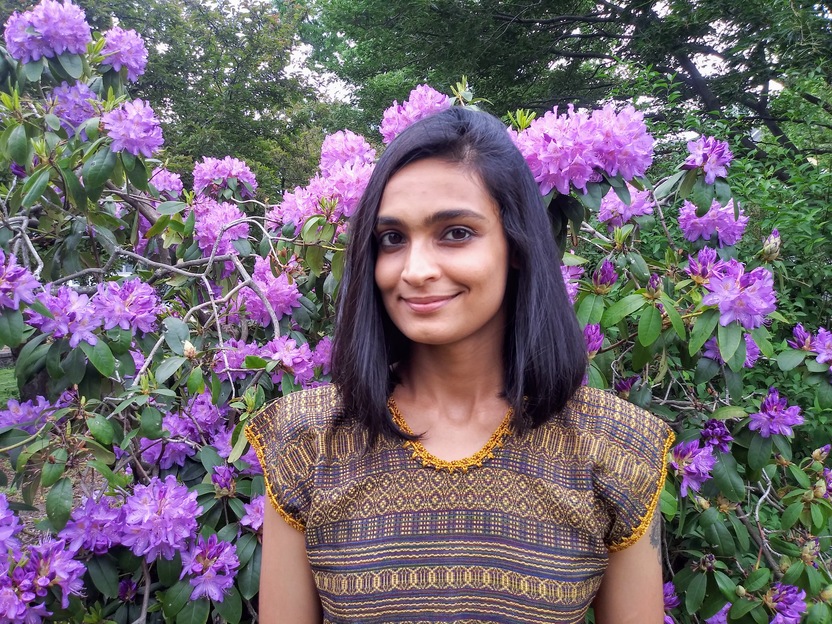 Kritika Pandey, 29, from Ranchi in Jharkhand, has been announced as the overall winner of the £5,000 Commonwealth short story prize for her harrowing village tale of a Hindu girl and a Muslim boy which ends in tragedy and perhaps reflects the reality of modern India.

There were 5,107 entries from 49 Commonwealth countries representing 2.3 billion people for the prize administered by the Commonwealth Foundation. “I created a strong-willed character of a Hindu girl who chooses to love a Muslim boy, even though she knows that she is not ‘supposed to’,” said Kritika, who is currently studying fine arts at the University of Massachusetts, Amherst.

Of the central theme of her 3500-word story, The Great Indian Tee and Snakes, she said: “I have a friend who is in a perfectly happy Hindu-Muslim relationship, but that is far from the norm, especially right now. The troubled relationship between two young people from different religions offered me an opportunity to tell one of the defining stories of 21st century India.”

Nii Ayikwei Parkes, chairman of the judging panel, which picked £2,500 regional winners for Africa, Canada and Europe, the Caribbean, the Pacific and Asia, explained why the choice for the top prize fell on Kritika’s “gut-punch of a story”.

He said: “It’s a story that asks important questions about identity, prejudice and nationhood, using metaphors with devastating effect, while still brimming with its author’s revelry in the possibilities of language.
“Its charged conclusion is all the more shocking given that most of it is set at a tea seller’s stall and its energy derives from a few looks between a boy and a girl.

My fellow judges and I loved the story when we first read it, and love it more each time we read it.”

In the 3,500-word short story, The Great Indian Tee and Snakes, Kritika tells of a village girl who helps her father runs a tea
stall. Readers do not learn her name nor that of the boy with the skull cap who prefers keema-samosa, while other men have aloo-samosa.

“The girl’s father had pulled her out of school after a couple from Class 10 eloped to Bombay,” the story begins.

“The girl believes that her father is kinder than he appears to be. He could have tossed her into the river after discovering that she was not a boy but he did not. Not even after her mother, his wife, died a week later from excessive bleeding.”

All the girl and the boy can do is exchange glances and the odd word. “Her father doesn’t need to tell her that girls with black bindis are not supposed to feel this way about boys in white skull caps. She knows.”

There are images everywhere of an unnamed Prime Minister. “Sometimes she is unable to flavour the boy’s chai with cardamom for the fear of the Prime Minister watching her.”

The tale is clearly set in Jharkhand. “The TV in the store needs to be pounded from time to time to keep the images from splintering. The place is packed during the cricket season when people stop by to watch an over or two, praise or curse Dhoni.”

The story swiftly turns dark. “Around a dozen young men with saffron bandanas arrive on motorbikes.”

The boy is told to throw away his keema-samosa which he does but is beaten to death when he refuses to swap his skull cap for a saffron bandana. “A couple of labourersjoin in after some time, calling the boy names, thrusting their shovels into his stomach. ‘But he is going to become a doctor and treat you!’ The girl pleads. ‘How could you forget?’ Her father yells at her to go into the house. The boy looks like a punctured tomato and dies.”

Kritika, currently studying fine arts at the University of Massachusetts, Amherst, said she grew up in Ranchi and attended DPS Ranchi and then the Birla Institute of Technology, Mesra.

“I didn’t learn much about microprocessors and microcontrollers in college,” she admitted, “but rural Jharkhand exposed me to the struggles of people who live there. That is when I began to understand the nuances of indigenous identity, the horrors of the caste system, and how politics and power structures work.”