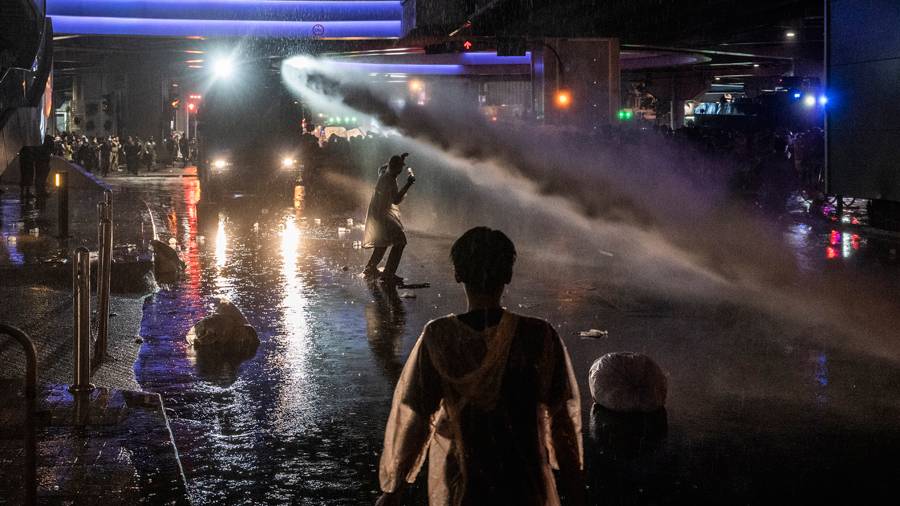 Thai police fired water cannon and tear gas at protesters marching on parliament on Tuesday, and at least 18 people were hurt in the most violent confrontation since a youth-led protest movement emerged in July.

The protests have become the biggest challenge to Thailand’s establishment in years.

Demonstrators converged on parliament to put pressure on lawmakers discussing changes to the Constitution. Protesters also want the removal of Prime Minister Prayuth Chan-ocha, a former army ruler, and to curb the powers of King Maha Vajiralongkorn.

Police sprayed water cannon at protesters who cut through razor-wire barricades and removed concrete barriers outside parliament. Officers then fired tear gas. Thousands of protesters gathered at different points and the number grew into the evening.

Ambulances ferried the injured to hospital. Bangkok’s Erawan Medical Centre said 18 people were hurt, 12 of them suffering as a result of tear gas. It said one of those hurt was a police officer.

“This is brutal,” said a 31-year-old volunteer, who gave his name as Oh. Protesters pushed forward behind makeshift shields — including inflatable pool ducks.