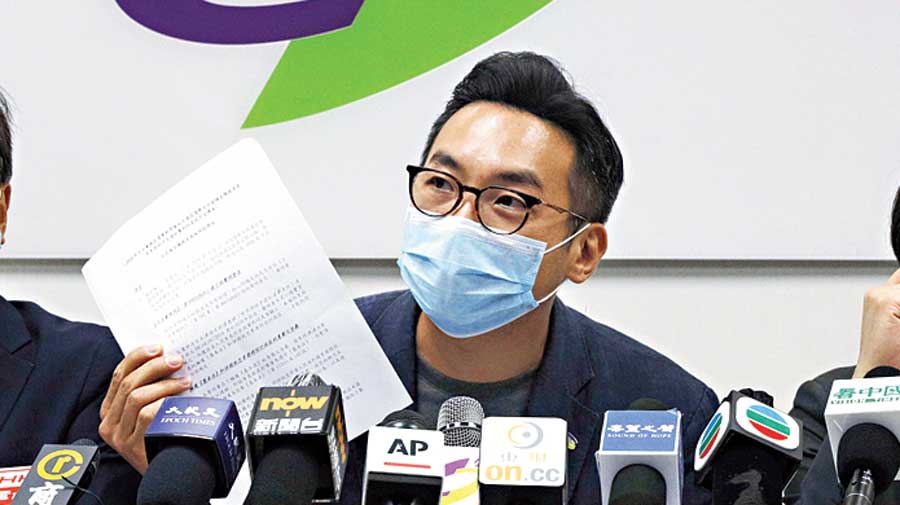 Hong Kong’s government said on Thursday 12 pro-democracy candidates had been disqualified from running for election to the legislature, citing opposition to a new national security law imposed by Beijing, but denied impinging on civil rights.

Disqualified candidates included pro-democracy activist Joshua Wong, some members of the Civic Party and others who won an unofficial “primary” vote held by the Opposition camp earlier this month.

The move is sure to infuriate supporters of democracy, a month after Communist Party rulers in Beijing announced the national security law reining in dissent in the semi-autonomous city, and throw China further on a collision path with the West.

The government said there could be more disqualifications.

Critics say the move is aimed at curbing the ascendancy of a young generation of democrats after an overwhelming win in last year’s lower-level district council elections.

“Clearly, #Beijing shows a total disregard for the will of the #Hongkongers, tramples upon the city’s last pillar of vanishing autonomy and attempts to keep #HK’s legislature under its firm grip,” Wong tweeted.

Chances for a historic majority in the Legislative Council, or mini-parliament, for the Opposition camp could take a further blow if the government decides to postpone the September 6 vote, as expected, amid the coronavirus pandemic.

The government said advocating self-determination, soliciting intervention by foreign governments, or “expressing an objection in principle” to the enactment of the new national security law was behaviour that “could not genuinely” uphold the city’s mini-constitution, the Basic Law.

Candidates are required by law to pledge allegiance to Hong Kong and the Basic Law.

Beijing introduced the security legislation to punish what it broadly defines as secession, subversion, terrorism and collusion with foreign forces in the former British colony.

Critics of the law say it erodes basic rights and freedoms, guaranteed when the city returned to Chinese rule in 1997, while supporters say it will bring stability after a year of often-violent anti-government and anti-China unrest.

Other improper behaviour included intentions to vote down government proposals “indiscriminately” to force it to accede to other political demands and a refusal to recognise China’s sovereignty over Hong Kong, the government statement said.

But there was “no question of any political censorship, restriction of the freedom of speech or deprivation of the right to stand for elections as alleged by some members of the community”, it said.

Prior to this election, authorities had barred 18 democrats from running in local polls, according to a report by the rights group Civil Rights Observer.