This is the first such incident in three years, said foresters, adding it would have possibly been smuggled to Nepal 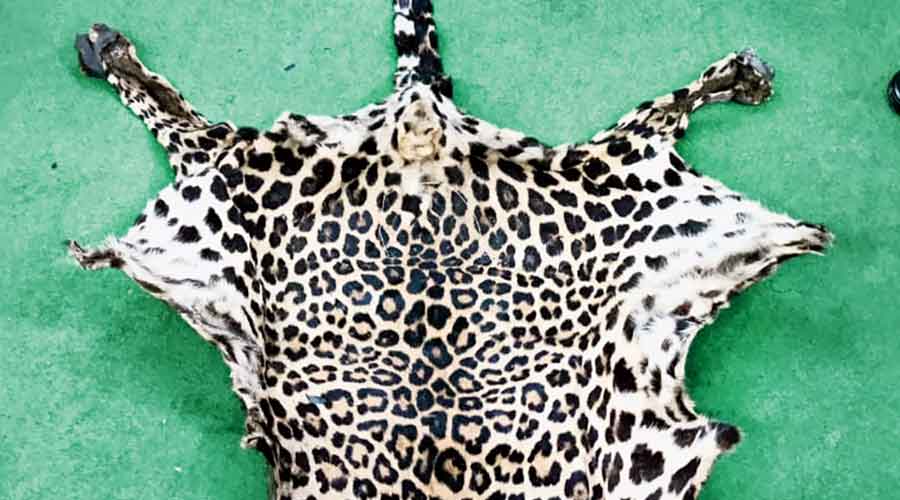 This is the first time in three years that leopard skin was seized in the region, said foresters, adding it would have possibly been smuggled to Nepal.

Led by Sanjay Datta, a range officer of the division, the team at Jalpai More of Siliguri intercepted an SUV and nabbed Passang Lama of Rangbul, and Tshering Tamang, of Rosebank in Darjeeling, with the skin. “We acted on source information and stopped three persons in an SUV. One managed to flee but two were caught. The skin was in the SUV,” said a forest officer.

“Both were arrested under the Wildlife (Protection) Act, 1972,” he said.

The duo, he said, could not provide any document to prove they were carrying the skin legally.

During preliminary investigation, it was revealed that the leopard was poached in a reserve forest of north Bengal six months back.

“They trapped the animal inside the forest and strangulated it with a wire so that the skin remains unaffected. They had planned to smuggle the skin to Nepal. The seizure was made when they were in the middle of a deal and were trying to sell the skin for Rs 10 lakh,” said a source.

Both of them, foresters said, are suspected to be members of an animal parts smuggling racket active in the region by using Siliguri as a corridor.

“We need to interrogate them further to know more about the racket,” the forest officer added.