Agency arrested them on Monday for their alleged involvement in incident 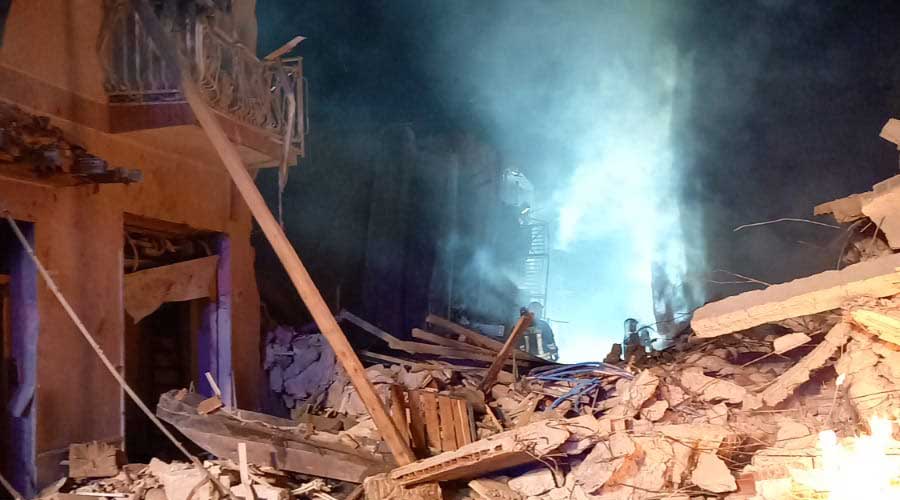 A special court here on Tuesday remanded three accused, including a village-level Trinamul Congress leader, to NIA custody for five days in a case of bomb blast that left two persons killed in January in West Bengal's Purba Medinipur district.

The NIA arrested the three persons - Saidul Ali Khan, Sheikh Arif and Samar Shankar Mondal - on Monday for their alleged involvement in the incident.

Mondal is a village-level leader of the Trinamool Congress at Janka in Khejuri, where the blast occurred on January 5 before the municipal polls in the state.

NIA special court Chief Judge Siddhartha Kanjilal remanded the three accused to five days' NIA custody on a prayer by the investigating agency, which took over the probe from the state police.

NIA lawyer Shyamal Ghosh prayed for their custody for seven days, noting that it is required for interrogating them to find out others responsible for the incident. The case pertains to a bomb explosion on January 5 in the house of accused Kankan Karan within the Khejuri Police Station limits, where he and another person, Anup Das, were killed.

Three others also suffered injuries when the bombs, which they were allegedly manufacturing, went off. The NIA re-registered the case in February.

The three accused were part of a criminal conspiracy for making bombs to terrorise the general public, according to an NIA official,

Further investigation in the case is going on, he added.