Traders are hoping the multiplier effect from festive spending sets cash tills ringing, and offset even partially the gloom and doom of a pandemic year 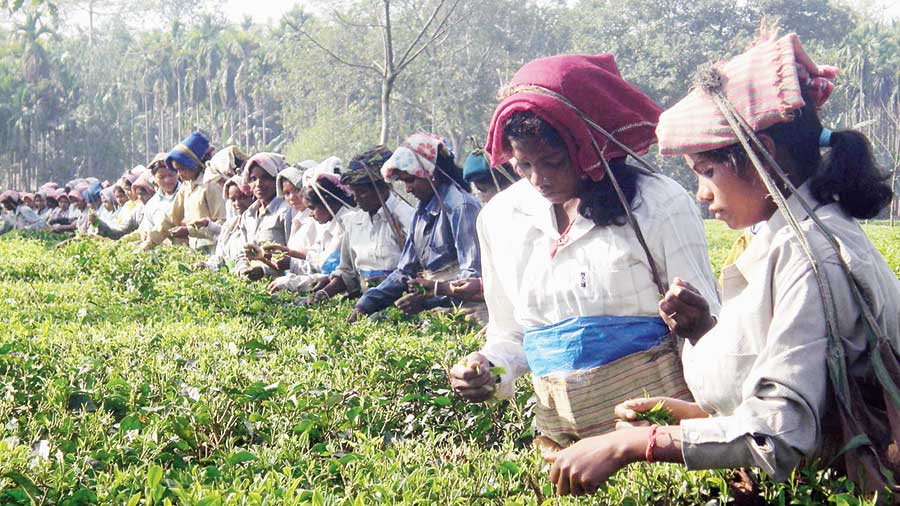 A Rs 400-crore stimulus package in the form of bonus to tea industry workers has suddenly brought cheer to north Bengal’s local economy with traders hoping the multiplier effect from festive spending sets cash tills ringing, and offset even partially the gloom and doom of a pandemic year.

In north Bengal, around 3.5 lakh workers are associated with the tea sector. Another 10,000-odd people are staff and sub-staff, and 50,000 more work in small tea plantations and bought-leaf factories.

“Altogether, the total sum of bonus would be around Rs 400 crores. Most gardens have already paid the bonus,” said a tea planter in Siliguri.

Every year, the business fraternity in north Bengal eagerly awaits the tea bonus, but this year, retailers are seeing it as a “stimulus in crisis hour”.

A garment shopowner in Bidhan Market, the main market in Siliguri, said signs of festive spending were visible.

“We had been sitting idle and waiting for customers…but these past few days, we started getting customers and most of them are from tea gardens. They are shopping from their bonus payout,” said the middle-aged shop owner.

Like everywhere else, north Bengal’s local economy had been limping because of the Covid-19-induced lockdown.

The impact was felt more in this part of the country because the regional economy is largely dependent on tourism, a sector that has taken a beating since March and is showing only faint signs of revival, at least till now.

Those associated with the sector pointed out that they have lost almost 70 per cent of business in the current year and have pegged their losses to over 3,000 crore.

Against this backdrop, the tea industry bonus has injected liquidity in the market with shoppers coming back to shops and malls in Siliguri, the region’s biggest trade hub.

Researchers and economists said that infusion of fresh funds in the market would be a boon for the local economy due to the multiplier effect, which means the final impact of capital injection will be more than Rs 400 crore. “The bonus distributed in the tea sector will largely help the economy because of the multiplier effect,” remarked Soumen Nag, a social researcher in Siliguri. “If people start shopping with the money received as bonus, it will surely have a positive impact on the economy.”

Explaining “multiplier effect”, a term used in economics, he said that if a tea worker spends a part of his bonus to buy garments, the cloth seller would spend this money on more stocks and on other expenses, while those who receive the money from him in turn will use it for other purposes.

“At a time economic growth halts or starts declining, this is how the economy can be improved. Also, governments have an important role to play for the revival of the economy and one of the ways is to infuse funds into the market by way of helping residents,” Nag said.

A faculty member in the economics department of North Bengal University said that after bonus, local markets that are also tea hubs — places like Malbazar, Birpara, Kalchini and Alipurduar in the Dooars and Darjeeling and Kurseong in the hills — show an improvement in the scale of business, and this eventually increases businesses in places such as Siliguri and Jalpaiguri that supply the goods.

“Every day, around Rs 100 crore used to be the trade volume ahead of Durga Puja in Siliguri markets. This year, the situation was dismal because of the pandemic. In such a time, the tea bonus has given the necessary fillip,” he said.

“For past few days, tourists have started arriving in the region but it would take several more months for the industry to get back on its feet. In such a situation, the tea bonus has come as a major boost for local markets. This is because almost the entire amount will be infused in the local market ahead of the festivities.”