In Salt Lake, the two swimming pools run by the civic body, in Central Park and in CJ Block, are closed 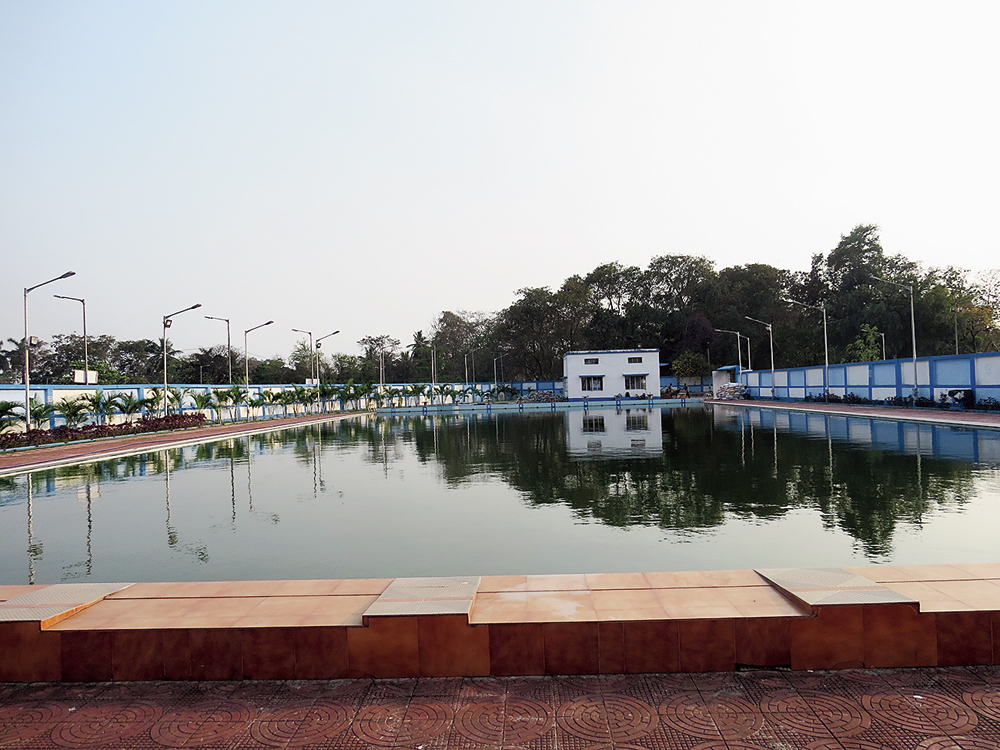 The public swimming pools in Salt Lake have closed down. So has the pool in New Town Business Club.

In Salt Lake, the two swimming pools run by the civic body, in Central Park and in CJ Block, are closed. “We took the decision last Friday, when the circular was issued by the government about closing educational institutions. Our municipal schools and sports academy too were closed at that time,” said mayor-in-council, sports and youth affairs, Bidhannagar Municipal Corporation, Debraj Chakraborty.

Admission forms for the next session are being distributed. “Our session starts from April. We are completing the admission process so that we can start as soon as the government gives the go-ahead,” he said.

Extended lessons like advanced training which used to take place this month have been suspended.

The BF Block swimming pool of Bidhannagar Swimming Association too is closed. “Enquire on April 1,” is all that officials are saying.

The season usually lasts till the end of September but even if the start is delayed by a government advisory, the administration might make it up to the swimmers by extending the season into October, since Durga puja is at the end of the month this year, sources said. Here too admission form is being given out.

Since Tuesday, the New Town Business Club has suspended its swimming pool and gym facilities till March 31. “The club itself is still open as is the restaurant. But footfall has dropped to barely four or five today in place of 200-odd in the restaurant. The badminton court too saw just three or four players all day in place of about 70,” said Colonel (Retd) Indrajit Roy, general manager of New Town Business Club.

Among other recreational spots, though Eco Park was still open till this newspaper went to print, footfall was down to one-fourth, according to ticket-sellers at one of the gates.