Lone bidder to be awarded project 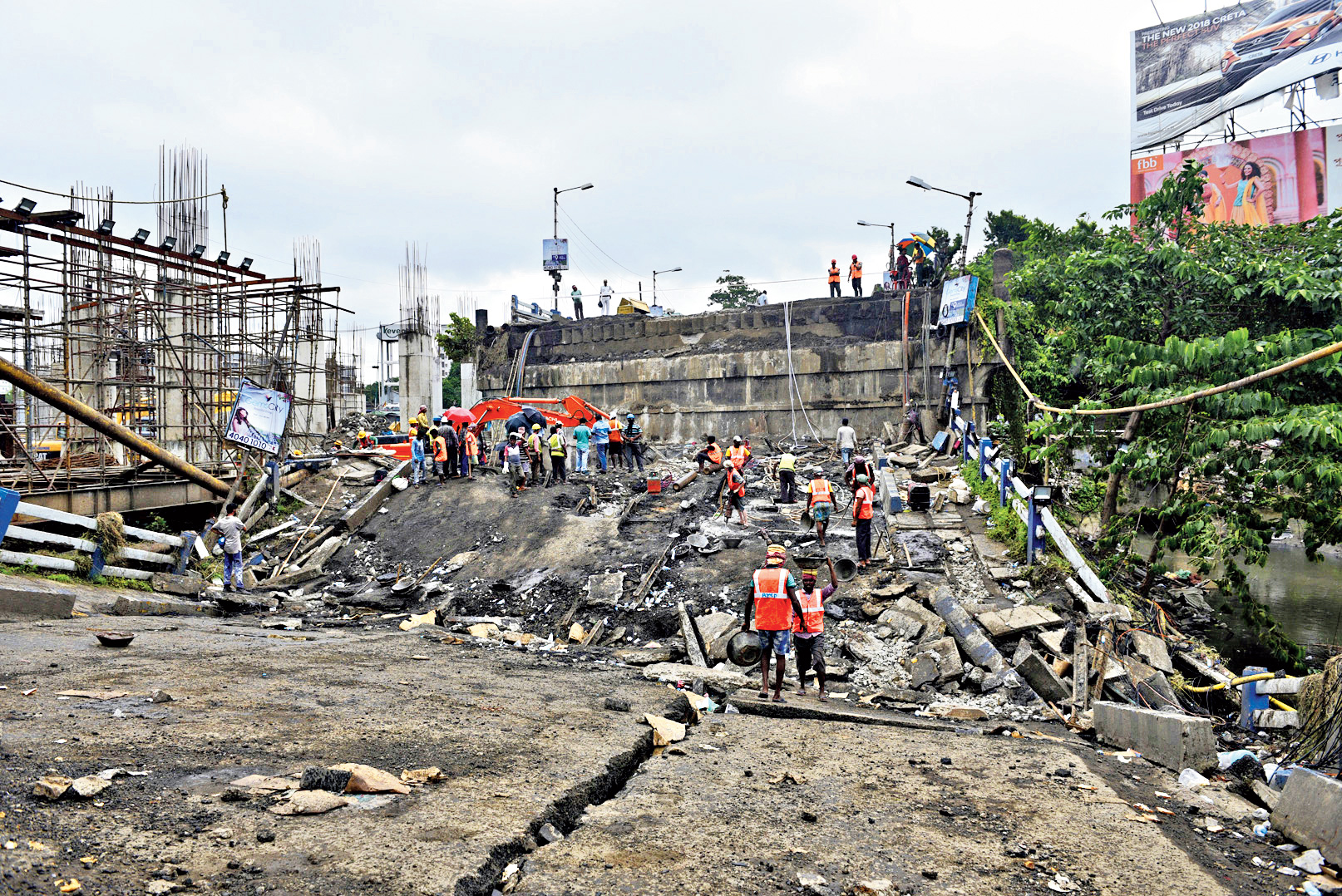 The Bengal government has cleared the decks for awarding the contract for reconstruction of the Majerhat bridge, which had collapsed on September 4, to a Delhi-based company, the sole firm that had participated in the bidding for the project.

Chief minister Mamata Banerjee has announced that the bridge would have to be rebuilt by September 15, 2019.

“The finance department has cleared the proposal sent by the public works department (PWD) on Monday evening. The finance department’s clearance was required as the Delhi-based agency (SP Singla Constructions Private Limited) was the only bidder which had agreed to complete the project by September 15, 2019,” a senior PWD official said.

According to government rules, at least three agencies have to bid for a project in response to a tender. The company that quotes the lowest rate is usually selected.

The government has to float a fresh tender if less than three firms participate in the previous one.

The rule has been bypassed in this case and the finance department has allowed awarding the contract to the lone bidder.

An official at Nabanna who is aware of how the project is being handled said nine companies had initially shown interest in rebuilding the bridge. But eight of them stayed away from bidding after the government refused to extend the deadline by three months.

“The state government is firm that the bridge has to be rebuilt within a year. There is no question of extending the deadline, given the inconvenience faced by thousands of commuters because of regular snarls in Behala, Alipore and New Alipore. The finance department has given its consent to the project considering the time constraint,” the official said.

Initially, the PWD had pegged the project cost at Rs 135 crore. When the lone bidder quoted Rs 179 crore, the PWD did not raise any objection and forwarded the proposal to the finance department for approval.

“The PWD did not object because the company might need to mobilise more hands and machines to complete the project in time,” the official said.

SP Singla Constructions Private Limited is building three more bridges in Bengal — on the Hatania-Doania river in South 24-Parganas, the Fulahar in Malda and the Teesta near Haldibari in Cooch Behar.

The finance department has also approved a proposal to spend Rs 21 crore on appointing a supervision consultant, who will monitor the quality of materials used and ensure that the norms and designs are adhered to.

Sources said the finance department did not question spending a “handsome amount” on a supervision consultant to avoid a repeat of the Vivekananda Road flyover experience.

“After the collapse of the Vivekananda Road flyover, it was found that the quality of construction materials, including steel and cement, was compromised. Furthermore, there was a fault in design, too. Appointing a supervision consultant will minimise such possibilities,” said a source.

The finance department’s nod came a day before the Diwali holiday started. The work order will be issued soon after government offices reopen on November 12.