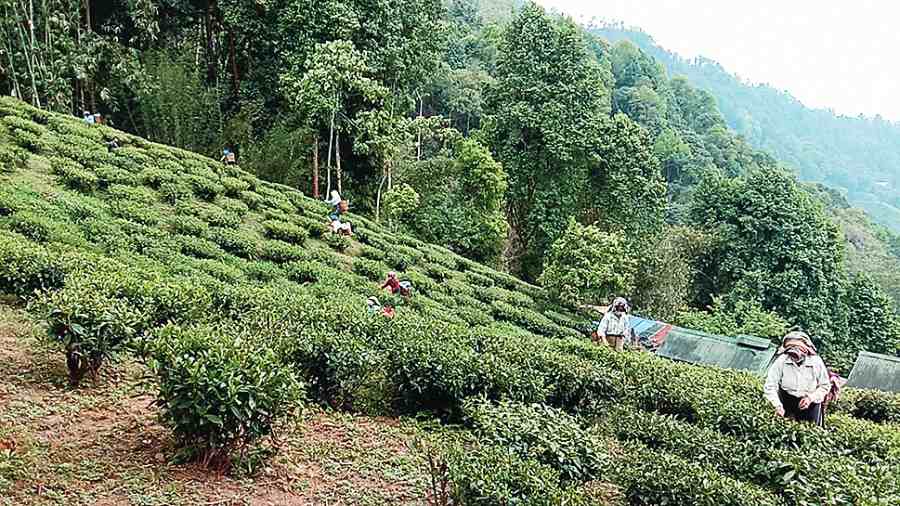 Never before in the 182-year-old history of the hills tea industry has the control of so many gardens changed hands on a single day.

“The agreement to sell the gardens was inked in Calcutta today (Saturday). The agreement was done with Lemongrass Organic Tea Estates Pvt Ltd. This has been done because of the financial condition the company was passing through,” Sudip Sarkar, chief operating officer of Darjeeling Organic, told The Telegraph over the phone.

The details of the deal were not immediately known. Some industry insiders estimated the deal to be worth between Rs 60 crore and Rs 70 crore.

“Don’t forget that Darjeeling Organic had financial liabilities of more than Rs 110 crore, and the new management would have to shoulder that burden,” a source said.

Lemongrass, based in Siliguri, had only last year picked up three Darjeeling Organic gardens -- Seepoydhura, Sivitar and Malatoor -- and tiptoed into the industry.

With Darjeeling Organic finding it difficult to clear workers’ dues over the past few months, speculation was rife that its gardens were up for sale as the company needed funds.

Darjeeling Organic, which initially had 13 gardens in Darjeeling, has six European investors, led by Artava AG of Switzerland which checked in as a minority shareholder with a 12.5 per cent stake for Rs 120 crore, valuing Darjeeling Organic at Rs 1,200 crore, in 2015.

Sanjay Prakash Bansal’s family and the Duxton Group of Singapore were the two majority shareholders with 87 per cent shares in the company. When the financial health of the company went south after 2017, Duxton and the Bansals took a back seat and the European investors brought in Rs 400 crore between January 2017 and July 2022.

“Poor financial management, a 104-day general strike in 2017 and the Covid-19 pandemic plunged the company into financial mess, which finally resulted in the selloff,” a source said.

The six gardens sold on Saturday included marquee properties like Ambottia in Kurseong and Happy Valley in Darjeeling. The other gardens to change hands were Monteviot, Mundakothi, Chongtong and Nagri.

The six gardens, which produce around 500 tonnes of tea annually, employ around 4,000 workers.

Although the deal was signed on Saturday, a source said that only after settling the bank dues can the process of transferring the garden leases to the new management be initiated.

“All the six gardens that changed hands were pledged to UCO Bank. So, negotiations will start with this public-sector bank,” a source said. “The transfer of the lease papers might take some time.”

Operations under the new management in the gardens are expected to start soon.

The deal has brought some relief to the workers but industry veterans said the sale of the gardens cannot be taken as an indicator that the industry is in good health.

“Many want to exit the industry but they are not finding buyers. There is apprehension that most of the new players are more interested in developing real estate and are eyeing the land bank,” a tea veteran said.

The planter was referring to the state’s decision to allow 15 per cent of unused land, not exceeding 150 acres, to be used for tourism and allied businesses.