Mamata Banerjee's allegations based on her observation of the preliminary report 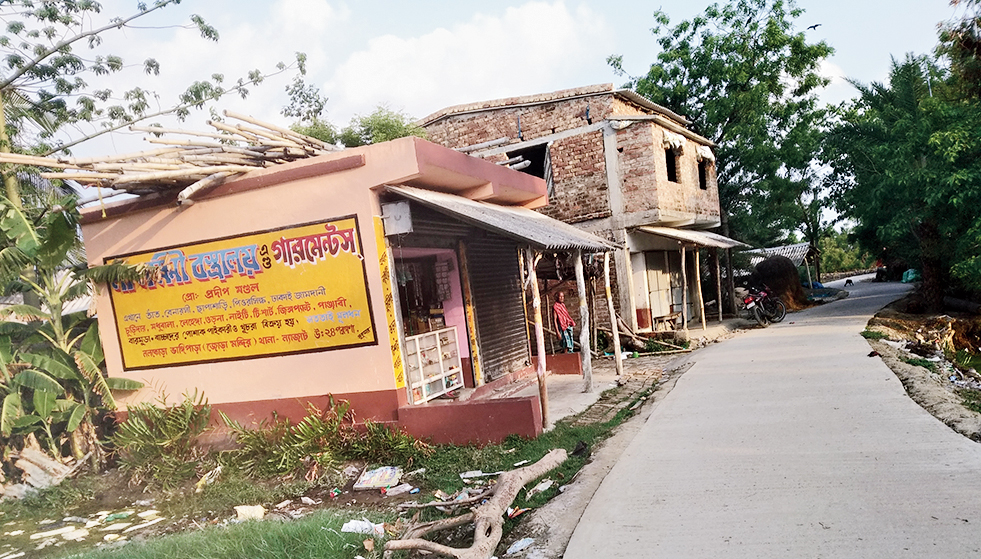 A preliminary report by police has said the June 8 violence at Sandeshkhali was triggered by the murder of a Trinamul functionary Kayum Mollah when he and other party supporters tried to remove BJP flags at Nalkora in Hathgachi.

Kayum had turned up to attend a booth committee meeting of Trinamul at the ground of a primary school in Nalkora in Hathgachi on Saturday. After the meeting was over around 3.20pm, Kayum and at least 45 Trinamul workers gathered outside a garment shop — Ma Kai Bastralaya and Garments — at Jora Mandir in Nalkora. They wanted to pull out the BJP flags and replace them with Trinamul’s.

The police report said the rest of the Trinamul supporters were preparing to take out a huge rally in the area then.

Some sources familiar with the content of the report said shopowner Pradip Mondal, a BJP worker, immediately protested, springing out of a makeshift shelter. Pradip had around 30 BJP supporters with him and they were apparently prepared to take on any challenge after learning that Trinamul was organising the booth meeting.

“The protest was followed by a scuffle and then exchange of blows between the two groups. Suddenly, Pradip pulled out a country-made revolver of .303 bore and opened fire. It hit Kayum though he may not have been the target,” said a senior officer of the district intelligence unit of Basirhat police.

“After Kayum slumped, he was dragged some 20-22m away before he was hit with a sharp weapon.”

After realising that Kayum was dead, the Trinamul supporters allegedly regrouped and attacked Pradip and his cousin Tapan Mondal. “They were shot dead. Another BJP worker Debdas Mondal, who has been missing since Saturday, still remains untraced,” said a source.

The findings of the district intelligence wing form a part of the report that has found its way up from the superintendent of Basirhat police to the Bengal home department, sources said. “The fact that chief minister Mamata Banerjee blamed the BJP for violence in Bengal makes it clear that she based her observation on the preliminary report,” said a source.

The police said Pradip had been arrested in 2016 from Rajbari in Sandeshkhali for creating trouble.

The police have drawn up three separate FIRs on the basis of two murder cases lodged separately by the relatives of Kayum and Pradip’s wife and another of kidnapping under 364 of the IPC for Debdas.

Pradip’s brother Sukumar Mondal refused to buy the police version. “So now, the police might say Trinamul leaders held a meeting at our house. Pradip was pulled out and chased down few metres before he was shot dead,” Sukumar told The Telegraph.