Student has been identified and the strictest action will be taken against him on completion of an internal inquiry, say college authorities 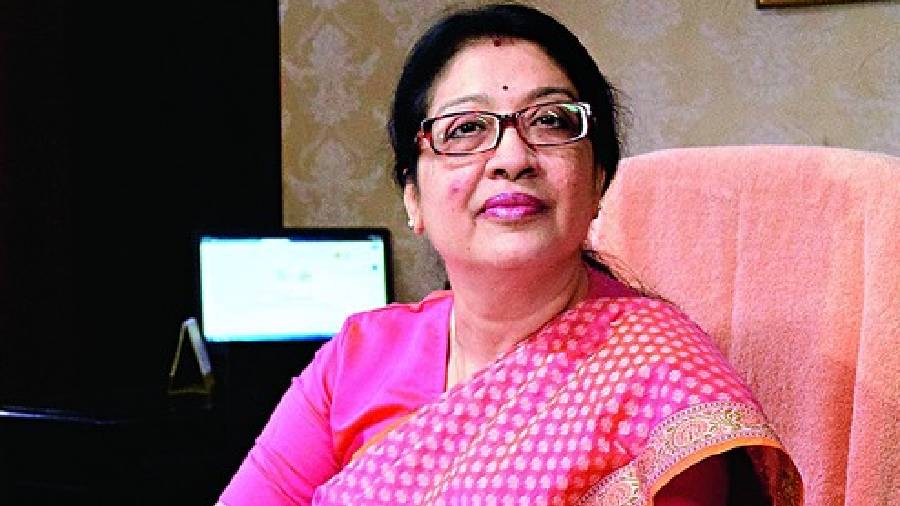 Calcutta University vice-chancellor Sonali Chakravarti Banerjee has alleged that some obscene and misogynistic messages and social media posts are being circulated against her following the varsity authorities' collective decision to conduct semester exams in the UG level on offline mode, and said such abuses cannot be tolerated.

The VC did not want to elaborate on the matter when contacted, while a university official said she was sent a screenshot of a message of a student of an affiliated college, asking all friends and class mates to rush to the CU College Street campus with arms to vandalise properties of the institute as the authorities did not give in to their demand for online tests.

The authorities of the college concerned said the student has been identified and the strictest action will be taken against him on completion of an internal inquiry.

Several students had on June 7 demonstrated outside the varsity's main campus at College Street, claiming that classroom teaching for two months was not enough for finishing the syllabus of a six-month semester and holding offline examinations.

Several messages and social media posts against the VC have been circulated in the public domain by a section of protestors in the last few days after the university syndicate unanimously decided to hold offline tests and take special classes for certain subjects if the syllabus was not completed, the official said.

The VC in her statement said, "Some of the messages/social media posts that are circulating in the public domain and/or coming to me from/on behalf of some persons who are against the university's collective and consensual decision to conduct examinations offline, are nothing but violent and hateful, and some of them are also obscene and misogynistic."

"I condemn such illegal and unethical and foul tactics," she added.

The VC pointed out that she should not be singled out for any decision taken by the varsity authorities.

The decision to conduct offline tests was taken by members of all faculty councils, all chairpersons of the undergraduate board of studies and most of the principals, she said.

Trinamul Congress Chhatra Parishad state president Trinankur Bhattacharya said, "Such abusive language cannot be the expression of a student. We strongly condemn such words. We would urge those indulging in such behaviour to concentrate on studies and be prepared for exams. We would urge them not to take any confrontationist path."