Pained to see a ‘different India’ 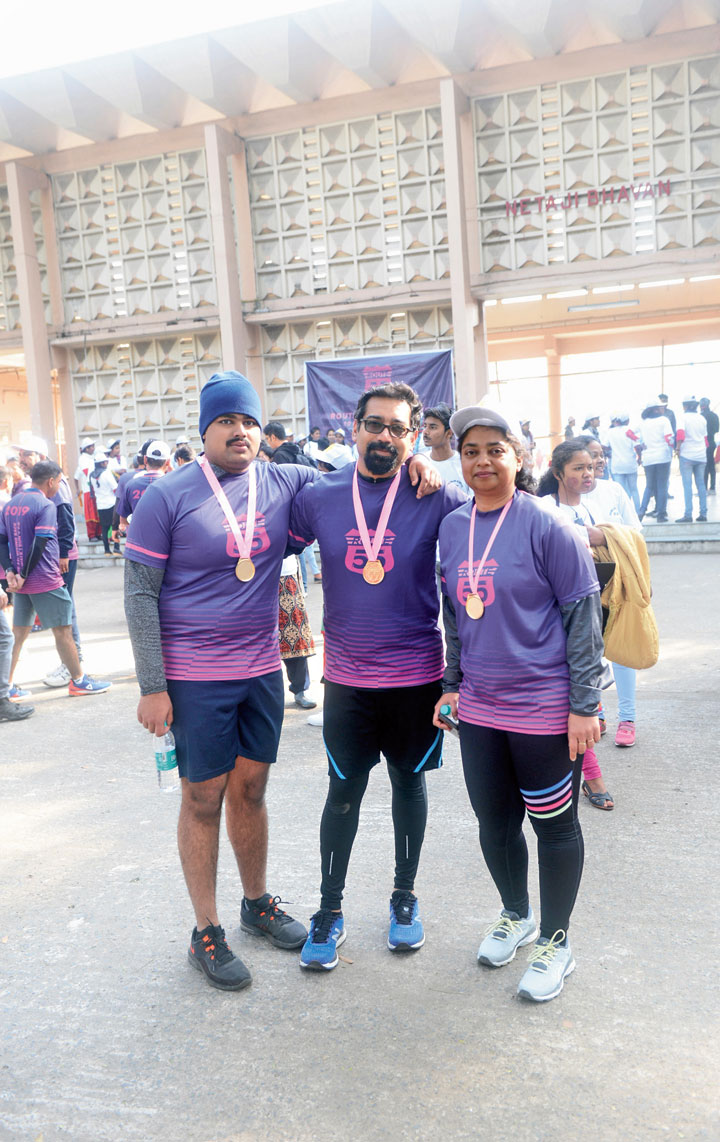 Prantik Sinha (centre), wife Moumita Mukherjee and their son at the fund-raising run organised by the alumni of the Indian Institute of Engineering Science and Technology on Sunday.
Picture by Bishwarup Dutta
Subhankar Chowdhury   |   Calcutta   |   Published 29.12.19, 07:26 PM

Prantik Sinha and his wife Moumita Mukherjee have been visiting Calcutta and meeting up with friends and relatives every winter for the last 17 years.

This winter, the couple from Indianapolis, in the US, have found a “different India”. And they are sad to see the change.

Prantik and Moumita both said they were pained over “what is happening in the country”, referring to the amendment to the Citizenship Act and the proposed National Register of Citizens, and wanted India to come out of “this parochial” mindset.

“We are extremely pained over what is happening in India. We are still citizens of India. There is an effort to divide the country on the basis of religion. We all want to come back. But for the first time it raises a doubt: are we going to come back to the right place? It is changing so fast. It is painfully changing. At least I cannot identify myself with what is happening in India,” said Prantik, an alumnus of Ramakrishna Mission Vidyapith, Purulia.

“Having studied at Ramakrishna Mission, it is difficult for me to accept these attempts at religious exclusion.”

The couple graduated from Bengal Engineering College, now Indian Institute of Engineering Science and Technology, in 1994. They, along with their son Soham, took part in a fund-raising run organised by the alumni of the Shibpur institute on Sunday.

Prantik said he could not relate the lessons of Hinduism that he had learnt at Ramakrishna Mission to what was unfolding in the name of “this Hinduism” across the country.

“Hinduism at the Mission is very inclusive Hinduism. What is happening now is very divisive. We cannot identify with this. May be we are understanding it differently. There is a concept to mix the nationalism with patriotism,” said Prantik, who ran 10km from Esplanade to the Shibpur campus.

Moumita said the ongoing effort to equate nationalism with patriotism was not restricted to India.

“It is very much prevalent in the US and the UK. This concept is unfolding across the world. Parochial patriotism is gaining ground. It pains us. The world has moved on. As US President Donald Trump intends to make America for the Americans, there is an effort to turn India into a majoritarian state. Immigrants are the ones who made America what it is today,” said Moumita, who is also a painter.

The couple wondered how could India say it had progressed if it remained a prisoner of this parochial view.

“If we say India is a secular country, there should be a place and respect for all religions. Through NRC and CAA there is an effort to drive a wedge among communities. That had happened in 1947. This is 2019. No change? Why? We want that India where we can talk freely and where there is no communal tension,” said Moumita.

U.K. Chatterjee, 76, the oldest participant of the run, said his religion was humanity.

“I have worked in countries such as Pakistan, Sri Lanka and Bangladesh. My point is: people should forget everything about religion and caste. I believe it is time to focus on development. The government should do that,” said the Mumbai resident who had graduated from BE College in 1976.