Advertisement
Home / West-bengal / No one remembers the colonel

No one remembers the colonel 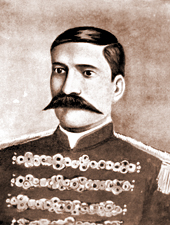 Now that the year is drawing to a close, it seems safe to reveal that the nostalgia industry in Bengal has missed at least one sesquicentennial. And perhaps fittingly so, for it would have been a presumption to suddenly remember a man whom Bengal has so thoroughly ignored and forgotten. Nevertheless, let it be recorded that this year is also the 150th birth anniversary of Colonel Suresh Biswas (1861-1905) of the Brazilian Army, explorer, circus-trainer and gentleman of fortune.

There have been no accounts of Suresh Biswas’s life for over a hundred years. His first biography, H. Dutt’s Lieut. Suresh Biswas: His Life and Adventures, came out in 1899. In 1909, Upendrakrishna Bandyopadhyay, a family friend, wrote a biography called Colonel Suresh Biswas, which was published by Gurduas Chattopadhyay for the Bengal Medical Library. This biography was appended by seven letters the colonel wrote to his uncle and remains the most authoritative source of information on this extraordinary man.

Born in Nadia district of Bengal, Suresh spent a wild childhood, fighting feral cats and dogs, joining in hunts, and risking life and limb in every conceivable way. He brawled with British soldiers on Calcutta’s Maidan, but also became close to his missionary teachers at the London Mission College in Bhowanipore, and left home after turning Christian at the age of 14. Despite the efforts of the college principal, he failed to hold down a steady job. After a brief spell at Calcutta’s Spence’s hotel as a kind of tourist guide, Suresh decided to stow away on a ship for Rangoon. This was to be the beginning of 40 years of non-stop globetrotting and swashbuckling.

In Rangoon, Suresh rescued a woman from fire, and she became the first in a long line of women to fall in love with Suresh. But failing to find any work in Burma, he once again took ship and reached London, all of 17 years of age. Suresh slummed it out in the East End, working as porter and newspaper seller by day, and warding off murderous attacks at night. Writing with remarkable frankness, Upendrakrishna describes how Suresh had gone drinking in a pub and woke up in his room with a beastly hangover and two women in his bed. The trio kept drinking until Suresh ran out of his last penny.

Eventually it was in Kent that Suresh found steady employment, in a travelling circus. Thanks to his gymnastic ability and his ease with animals, his acts became an instant hit. During this time, he fell in love with a 14-year old German girl in the same circus, but in a twist straight out of Bollywood, it was revealed from a newspaper advertisement that she was the runaway daughter of a German nobleman whose wife was dying. The tearful fraulein then returned to Germany. Several years later, when the circus was touring Germany, Suresh ran into her again in a shop. Their love-affair resumed, but irate family members hounded Suresh out of the country and he found himself in the United States in 1885.

The next 20 years of Suresh’s life are even more remarkable, but we know relatively little about them. Continuing to work in the circus, Suresh became the first Bengali to set foot in Brazil. There, he lectured in Portuguese when not performing feats of valour at the circus. Enchanted by the beauty of Brazil, he decided to settle there and married the daughter of a local physician. In 1887, he joined the Brazilian army as corporal and rose swiftly through the ranks. The monarchy was overthrown in 1889, but Suresh became a lieutenant in 1893 and was instrumental in quelling the Brazilian Naval Revolt the following year. His exploits at the Battle of Niteroi made him an instant hero, and he became a pillar of Rio de Janeiro society.

The news of his death in 1905 reached Bengal two years later. It is not possible for ‘Brief Lives’ to do justice to his memory. The world awaits his definitive biography.