Marathas’ unfinished Durga Puja gets a lease of life

The puja is known as Bhaskar Panditer Pujo 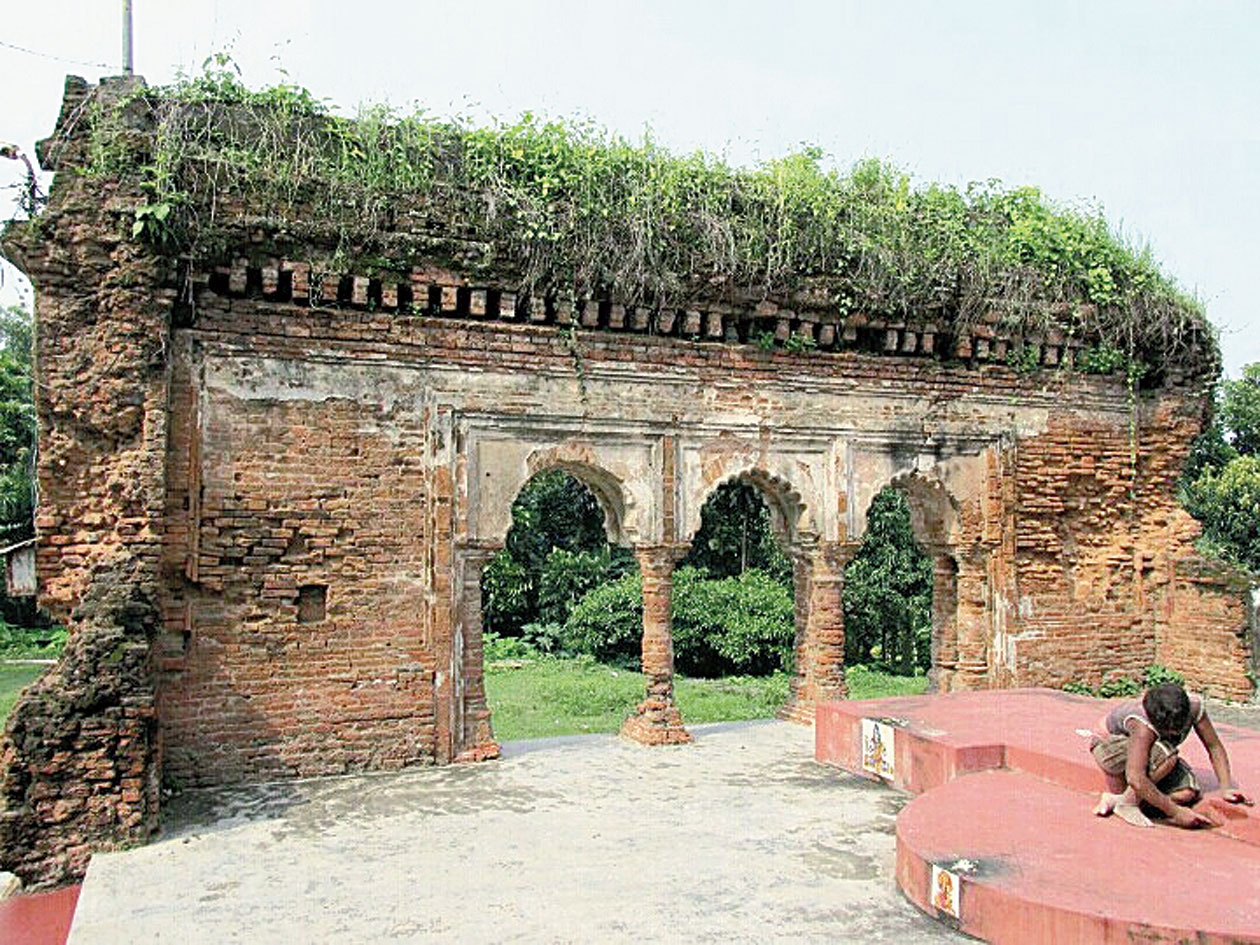 A Durga Puja started by an invader in Bengal 277 years ago but could not be completed because of an attack by the local Nawab in the early hours of Navami continues to be the centre of attraction in Katwa, 140km from Calcutta.

“This puja is known as Bhaskar Panditer Pujo…. We started organising it 30 years ago as we wanted people to remember the history. We don’t do any excesses in terms of theme or decoration. This puja draws people simply because of the history,” Ashesh Kayal, a cultural activist who works on local history, said.

According to him, Bhaskar Pandit, a general of the Maratha King Raghoji Bhosle, started the puja in 1742 during the historical Bargi Hana (Maratha invasion of Bengal), but could not complete it as the forces of the then Nawab, Alivardi Khan, mounted an attack early on Navami.

“The Maratha forces attacked Bengal six times between August 1741 and May 1751 when Alivardi Khan was the Nawab of Bengal Subah (Bengal, Bihar and parts of modern-day Odisha). These invasions caused heavy destruction, both socially and economically, as the Bargis used to loot the common people. This association with history is the unique feature of the puja,” said Kayal.

A priest performs puja at the same venue this year.
Telegraph picture

At Dainhat in Katwa, the temple that Bhaskar Pandit chose to hold the puja in has been lying in ruins for years. Some local people — with the common interest of preserving the history of Katwa — decided in 1989 that the best way to do so would be to start a puja in the same place.

“There is no temple apart from its ruins. We chose the courtyard in front of the ruins and started the puja. We complete the Durga Puja every year, which Bhaskar Pandit couldn’t 277 years ago. With each passing year, the puja is getting more popular and we have plans to hold an exhibition along with the puja next year,” said Subhendu Dutta, one of the organisers.

Dutta said that there were historical accounts, supported by documents, that Pandit attacked Burdwan with a cavalry of 40,000 soldiers in 1742, which was the second Bargi assault on Bengal ruled by Nawab Alivardi Khan, who had been staying in Burdwan then.

“The Maratha cavalry defeated the forces of the Nawab and he crossed the Ganga and fled to Murshidabad. Pandit then set up his pavilion in Katwa’s Daihant and decided to organise a Durga Puja in a local temple,” said Dutta.

That puja, organised by Pandit, had become a major affair as all the local feudal lords had sent money, ornaments and puja materials to please the Marathas so that they were spared their attacks.

“When the invading Marathas and their cronies were enjoying the festivities late on Ashtami night, the forces of Alivardi Khan attacked the Bargis and drove them away and that’s why the puja started by Pandit couldn’t be completed,” Kayal said.

On the face of an assault by the Nawab and his force, the cavalry beat a hasty retreat from Danihat on the morning of Navami, he added.

“The Durga Puja is connected with the history of Katwa and so it is our responsibility to carry on with the tradition,” Kayal said.