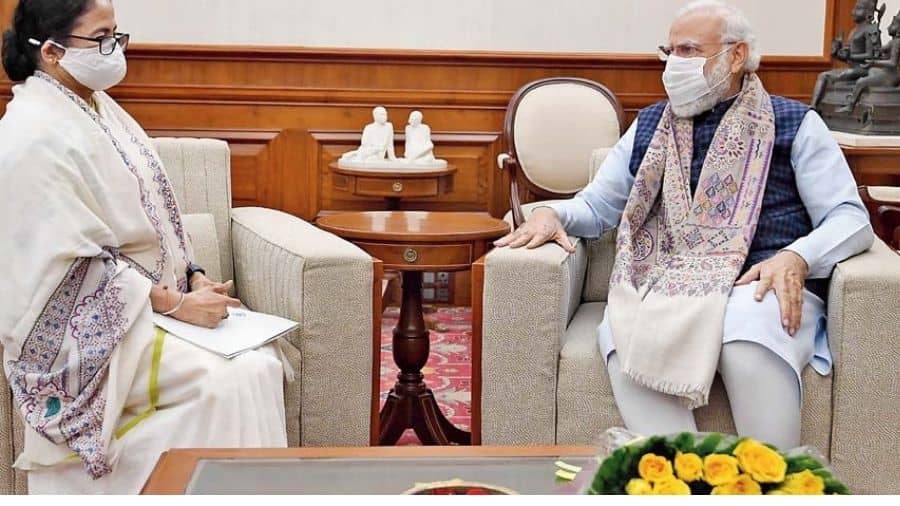 Mamata Banerjee on Thursday wrote to Prime minister Narendra Modi, requesting him to ensure the release of pending funds under the 100 days’ jobs scheme and fresh funds under the PM Awas Yojana scheme.

“It is very astonishing that the Government of India is not releasing funds to West Bengal for MGNREGA and PM Awas Yojana... You are aware that wages for MGNREGA form an important part of livelihood of rural people and considering this importance, the Act mandates that wages must be paid within fifteen days," the chief minister wrote in her letter.

“But the demand for jobs in the backdrop of the pandemic was so high that we had exhausted the approved labour budget within November last year. Considering that the Centre will approve the additional labour budget, we continued the 100 days’ work to meet the demand for jobs. Now, as the Centre is yet to approve the additional mandays carried out, we are yet to get the funds,” said a senior government official.

Sources said that the state government had created a total of 3 crore mandays over and above the approved labour budget of Rs  27 crore.

As the state could not pay the wages to the people who worked under the job scheme from December, it is in a fix.

For example, wages worth Rs 72 crore are due in Purulia and officials are facing questions from workers whenever they are trying to start new projects under the scheme.

“People are asking when they will get the due wages whenever discuss new schemes. If we don’t clear due wages soon, it will be tough for us to start new projects under the scheme,” said a senior official.

Sources said that the ruling party is worried about the situation as it is set to face panchayat polls next year.

“The MGNREGA is a key factor in rural economy. If workers don’t get wages on time, the ruling party is set to face the wrath of the rural populace,”  said a bureaucrat.

She wrote that the state was not getting fresh allotment under the PMAY scheme, under which the government provides money to the poor for dwelling units.

"In Awas Yojana, West Bengal is No.1 in the country and from 2016-17, more than 32 lakh houses have been constructed in the State. Despite this performance, fresh allocation of funds to West Bengal is pending with the Ministry of Rural Development and a long list of beneficiaries is awaiting sanction in the State,” she wrote.

Sources said that the Centre did not release funds under the dwelling units scheme after some BJP legislators from the state lodged complaints with Delhi alleging the state had changed the name of the scheme in Bengal.

“We haven’t got any official communication, but have heard that the Centre will send a team to check if the allegations levelled by the BJP legislators are true. We don’t know whether this has any connection with the delay in release of fresh funds under the scheme,” said a senior official.