Landslides in north Sikkim near border

With more rains predicted over the next 48 hours, the situation is expected to worsen 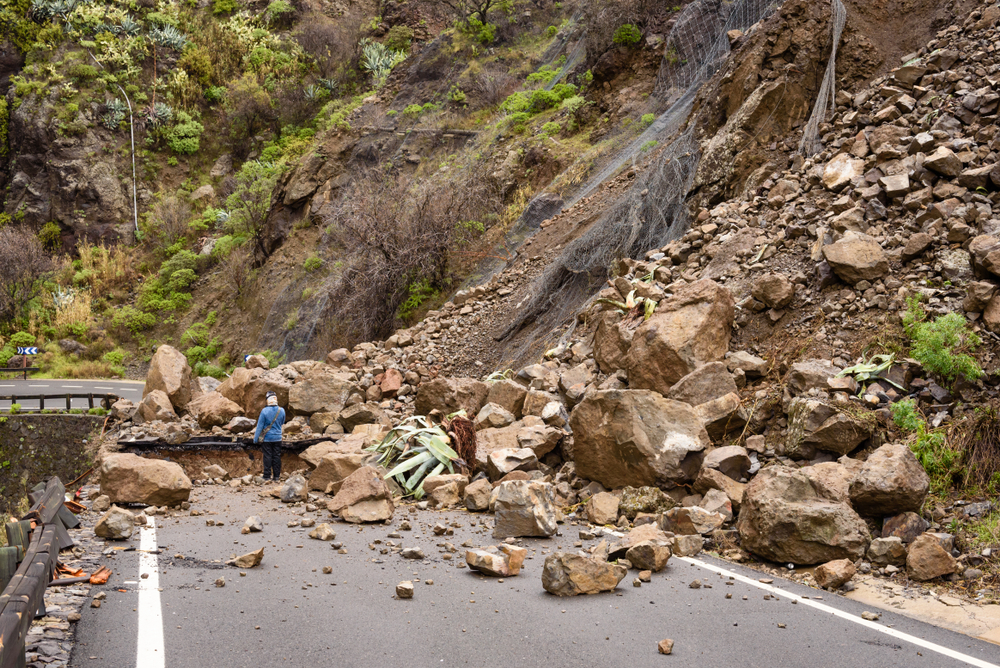 Nonstop monsoon rain on Saturday led to fresh landslides in many places of Sikkim while swelling rivers led to flooding in some tea plantations in north Bengal.

The worst hit is north Sikkim, the district that shares borders with China.

As of Saturday, there is no report of any loss of life, and the sensitive border district is connected with the rest of the state through NH310A that connects Gangtok with Mangan, district headquarters of north Sikkim.

“People of nine or 10 houses have been advised to shift to safer places. There are more reports of damage to properties, and our officials are out to probe them,” said district collector Tenzing T. Kaleon.

With more rains predicted over the next 48 hours, the situation is expected to worsen.

“Mangan received 500mm rain these past four days. More rain is forecast over the next 48 hours, especially the next 24 hours,” said a Met official.

A landslide occurred above NHPC’s Teesta-V project at Dikchu in east Sikkim. But NHPC sources said the dam did not suffer damage.

In Alipurduar, it rained 206mm during the past 24 hours. Some wards in Alipurduar town are waterlogged and many families have been asked to shift to safer places. Rivers Kaljani and Dima have swollen. Rain damaged a diversion over Char Torsha a stream and disrupted the direct link between Falakata and Alipurduar district headquarters.

Tea plantations in eastern Dooars have been affected. In Aryaman tea estate at Madarihat block, a culvert on a road that connects the factory with the main road was washed away by a swelling stream.

Ram Avtar Sharma, secretary of the Dooars branch of the Tea Association of India, said the tea belt in eastern Dooars received over 400mm of rainfall in the past 72 hours. “Rain damaged bushes and inundated plantations,” he said.

In Malda, water level of all three major rivers of the district — Ganga, Fulhar and Mahananda — have increased, almost nearing the danger mark.

While the Ganga is flowing only 2.01 metres lower than the danger level (DL), Fulhar is only 1.19 metres below the DL.

Mahananda in Englishbazar was seen flowing at 18.36 metres, only 2.64 meter below the DL, said sources.