Ahead of the 2021 Assembly elections, this issue has taken the centre stage with the Binay Tamang camp of the Gorkha Janmukti Morcha flagging it repeatedly 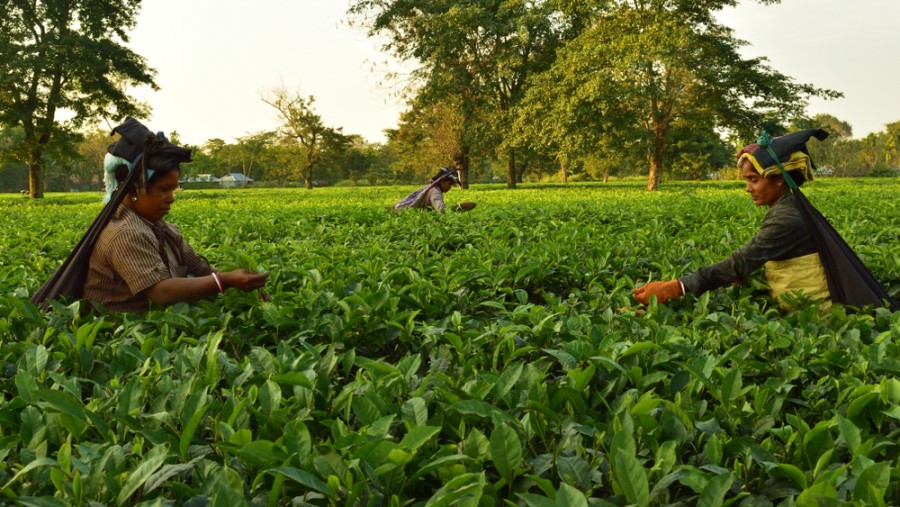 There are, however, no clear indications that the state government has taken a policy decision on granting land rights to tea garden workers, said a source.
Shutterstock
Vivek Chhetri   |   Siliguri   |   Published 21.09.20, 12:26 AM

The Darjeeling district administration has conducted a land survey in the Pandam tea garden, the move seen by many as a preparatory step towards meeting the long-standing demand of granting land rights to hill citizens.

More than 3 lakh labourers in the tea gardens of north Bengal do not enjoy land rights despite working in the plantations for generations. Ahead of the 2021 Assembly elections, the issue of land rights has taken the centre stage with the Binay Tamang camp of the Gorkha Janmukti Morcha flagging it repeatedly.

“Out of 54 Assembly seats in north Bengal, 15 are in the tea growing region. In the Lok Sabha polls last year, the Trinamul Congress had lagged behind the BJP in those seats, except Chopra. If the state government can do something about the land rights, Trinamul will get a huge advantage in the brew belt,” said a political analyst.

Administrative sources said the spot inquiry conducted at Pandam — during which population and land area at Pandam busty was noted and the entire tea estate’s measurement was taken — in the first week of September bore hints that the state government was looking at the demand with due seriousness.

There are, however, no clear indications that the state government has taken a policy decision on granting land rights to tea garden workers, said a source.

“But if there is any positive decision taken with regard to the Padam tea garden, situated about 10km from Darjeeling town, similar demands will resonate all across the hills. You can’t have a situation where workers of some estates are given land rights and the rest are ignored,” said the source.

In the case of the Pandam survey, the authorities had informed not just the manager of the garden but also marked a copy of the survey notice to Tshering Dahal, the president of the women wing of the Tamang camp.

The management wasn’t, however, present at the meeting concerning the land survey.

“We received orders from higher authorities to conduct the survey. It was probably done based on representations by some people,” said a land and land reforms officer.

Sources said Dahal had written to the district administration on December 23, 2019 stating that residents of Pandam busty had been demanding land rights since 1975 and the land department had failed to conduct a survey despite an order to the effect (memo no 87/CF-20/TG/(1)17) dated April 10, 2017.

Binay Tamang told The Telegraph that the move was an outcome of his party’s relentless persuasion.

“I have been told that after Pandam, another survey will be conducted in the Chungthung tea garden. Land is a complex issue. I am in Calcutta and will once again discuss the issue with chief minister Mamata Banerjee,” Tamang said.

The Tamang camp is hoping that some positive development on the land rights issue can change its fortunes in the coming Assembly elections.

The BJP had won the Darjeeling Lok Sabha constituency and the Assembly seat, to which a bypoll was held, last year.