Kids fight for life after pool car falls into ditch 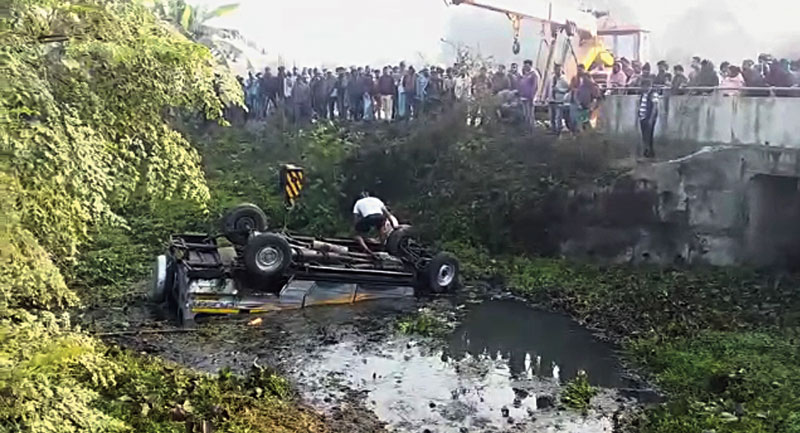 Several schoolchildren were injured, three of them critically, after a pool car ferrying 15 students and a guardian allegedly ran out of control and plunged into a ditch along Delhi Road in Hooghly district on Friday morning.

Two of the critically injured — Debangshu Bhakat, 6, and Rishav Singh, 8 — have been admitted to SSKM Hospital with rib fractures and haemorrhage. The third is being treated at a hospital in Hooghly district.

Officers of the Hooghly Rural Police and Chandernagore, Howrah and the Calcutta commissionerates coordinated to ensure that Debangshu and Rishav were shifted to SSKM at the earliest and the ambulances ferrying them were not stuck in any traffic snarl.

The ambulances travelled 58km in 52 minutes. It takes around two hours to cover the distance.

The police said a Tata Force was ferrying the students, aged between five and nine, from Serampore and Baidyabati to their school in Chinsurah through Delhi Road when it met with the accident in Polba, around 50km from the heart of Calcutta.

According to the motor vehicle department’s records, the fitness certificate of the Tata Force had expired two years ago, in February 2018.

Residents of the locality had rushed to the victims’ rescue before the police arrived.

“The driver was rescued from his seat, where he was trapped. The rear door of the vehicle was opened to take out the children and a woman guardian. After 14 children were rescued, the driver alerted us that a child named Rishav was missing. After a round of search, his little feet were seen sticking out of the marsh. He was later identified as Rishav,” said an officer of Hooghly Rural Police.

Three children and the driver were taken to Chinsurah Imambara Hospital, from where Debangshu and Rishav were referred to SSKM Hospital because of their critical injuries. 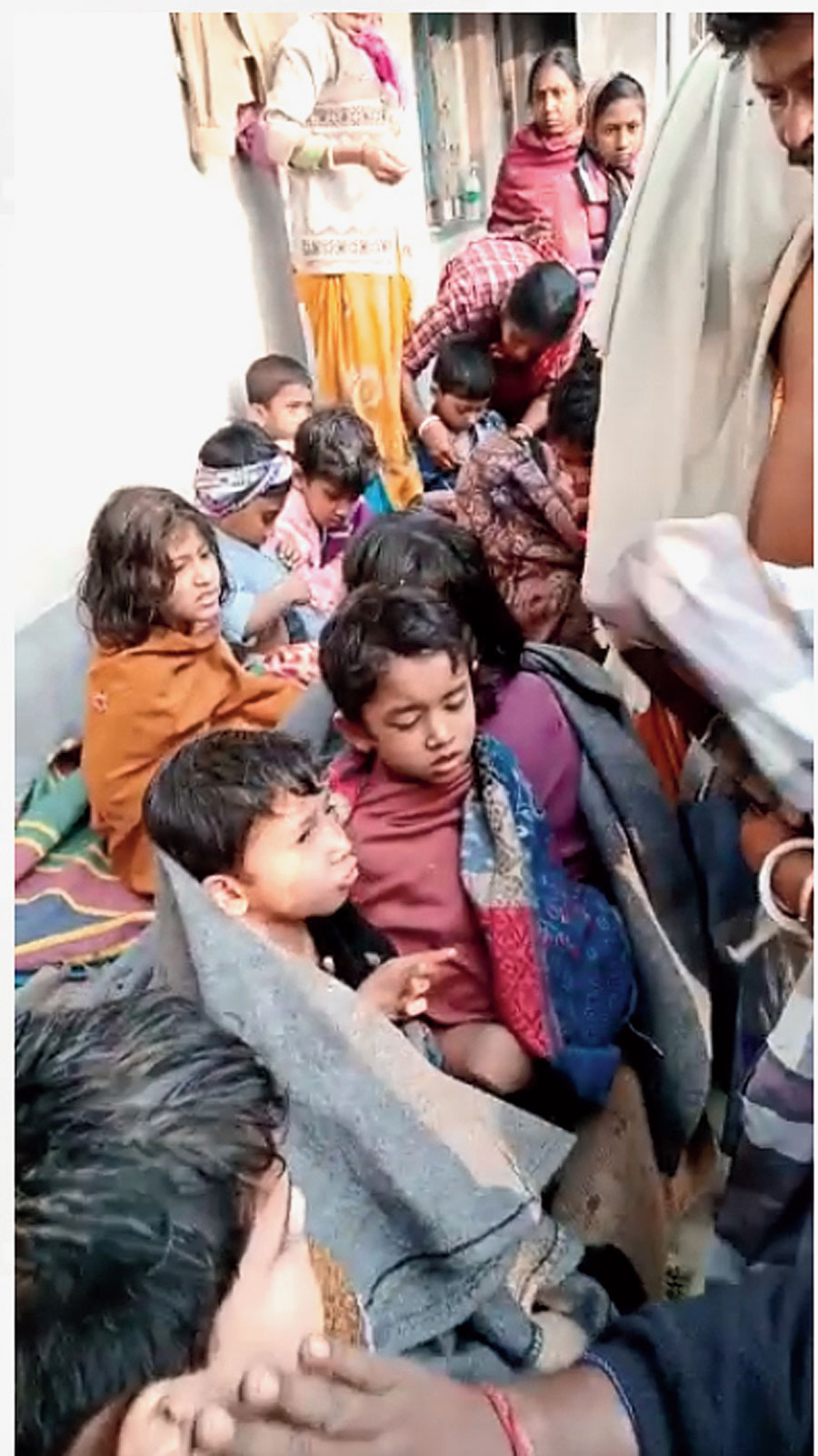 Some of the rescued children

“Rishav swallowed a lot of mud and water, which has caused oxygen deficiency in his body. He has fractured multiple ribs, resulting in haemorrhage in his lungs. He is in a critical state,” said a source at SSKM.

Debangshu, too, has suffered a rib fracture and there is a blood clot in his brain, the source added.

“I came to know about the accident minutes after it happened. The school is 15km from our home and we are mostly dependent on the pool car,” said Debangshu’s father.

The driver, Pabitra Das, has been admitted to Kalyani State General Hospital in Nadia district.

Das apparently told the police that he had lost control of the vehicle while trying to avert hitting a lorry that had suddenly made a U-turn in front of the pool car. The Tata Force then hurtled straight into the roadside ditch.

A probe by the traffic wing of the police suggested the vehicle had skidded around 197ft before plunging into the ditch.

The superintendent of police, Hooghly (rural), Tathagata Basu, said a preliminary investigation had not revealed anything that could confirm Das’s claim. “We have not found anything till now that would suggest that what the driver said was true. We are probing all angles,” Basu said.

The inspector general of police, traffic, Tanmoy Roy Chowdhury, who visited the spot, said it was apparently a case of reckless driving.