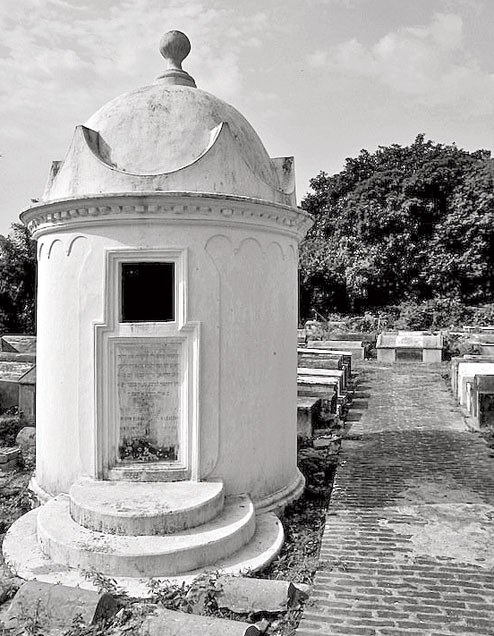 A digital museum on the Jews of Calcutta is ready to go online on Monday after two years in the making.

“The archive documents the Jewish community’s contributions to Calcutta and celebrates the city where they thrived. It has taken me more than two years to curate this archive. I’m still fine-tuning it before the launch at Victoria Memorial on September 1 and have got wonderful feedback from community members across the world,” said Jael Silliman, a former women’s studies teacher at the University of Iowa and one of the members of the dwindling community in the city.

The website is a storehouse of information about Jews in Calcutta.

The community has dwindled from 6,000-plus members in its heyday to barely 20 people — mostly elderly — at present.

There hasn’t been a Jewish girl in the Jewish Girls School for about 40 years.

The Telegraph had reported last September how the community needed to include Israeli ambassador to India, Alon Ushpiz, who was visiting the city along with five other Jews, to achieve the “minyan” or quorum of 10 men needed for a formal service to celebrate Simhat Torah at Magen David Synagogue in Calcutta. It could not be held for 25 years because the community was not able to line up 10 men needed for the service.

Jews in India have branched into three main streams after the first batch arrived from West Asia in the late 18th century: the Bene-Israel (meaning Children of Israel), the Cochin Jews who prospered along the Malabar coast and Baghdadi Jews, who settled mostly in Calcutta and Mumbai.

The archive’s film section includes an audio-visual documentary of Jewish elders Cyril Cohen and Aaron Harazi, who passed away recently, speaking at length about their schooldays and work in Calcutta. The section offers a virtual tour of the Magen David on Canning Street and Beth El on Pollock Street — two synagogues no longer in use.

In a clip from the racecourse, Elijah Twena, an avid racer, gives an insight into the favourite pastime of Calcutta Jews.

Another section talks about Jewish cemeteries in Calcutta, especially the ones at Narkeldanga.

Legend has it that the first Jewish burial ground — at 45, Narkeldanga Main Road — was “born” when Shalome Cohen, the first settler, decided to buy a plot of land for a cemetery and went about asking his friends and business associates for a suitable place. A Bengali business associate took him to a paddy field on the outskirts of Calcutta and asked if that would do.

Shalome was delighted and told him to quote a price. The gentleman declined and offered to give the plot for free. But Shalome insisted that he must pay because the site would be used for religious purposes. The gentleman reluctantly agreed to accept “whatever Shalome wishes to give”. The settler pulled a gold ring out of a finger, gave it to the landowner and sealed the transaction.

It is assumed that Moses de Pas, an emissary from Safad, now in Israel, was the first Jew to be buried in Calcutta cemetery for the community in 1812. His grave is no longer traceable. The cemetery has a geniza too for storing worn-out Hebrew-language religious books and papers. A small private cemetery was opened in the 1870s, and closed after 20 years or so, half a mile from the main cemetery.

Other sections include maps of Jewish Calcutta, a film gallery, community portraits, music of the community recorded from Rivers of Babylon, war years and military service and their impact on the community.

The museum project is led by Jael Silliman, a former women’s studies teacher at the University of Iowa, and assisted by Amlan Dasgupta, professor at Jadavpur University. “Some of the speakers at the launch will be Amlan Dasgupta, Adam Grotsky of USIEF and Jo Cohen, who will talk about the life Jews made for themselves in the city,” said Silliman, an author of two books, The Man with Many Hats (2013) and Jewish Portraits, Indian Frames: Women’s Narratives from a Diaspora of Hope (2001).

“We’re happy to be associated with the project. It has been quite a journey and a very fruitful one. Our students have worked untiringly for the project. We’re also considering housing the material at the School of Cultural Texts and Records, Jadavpur University,” said Dasgupta.