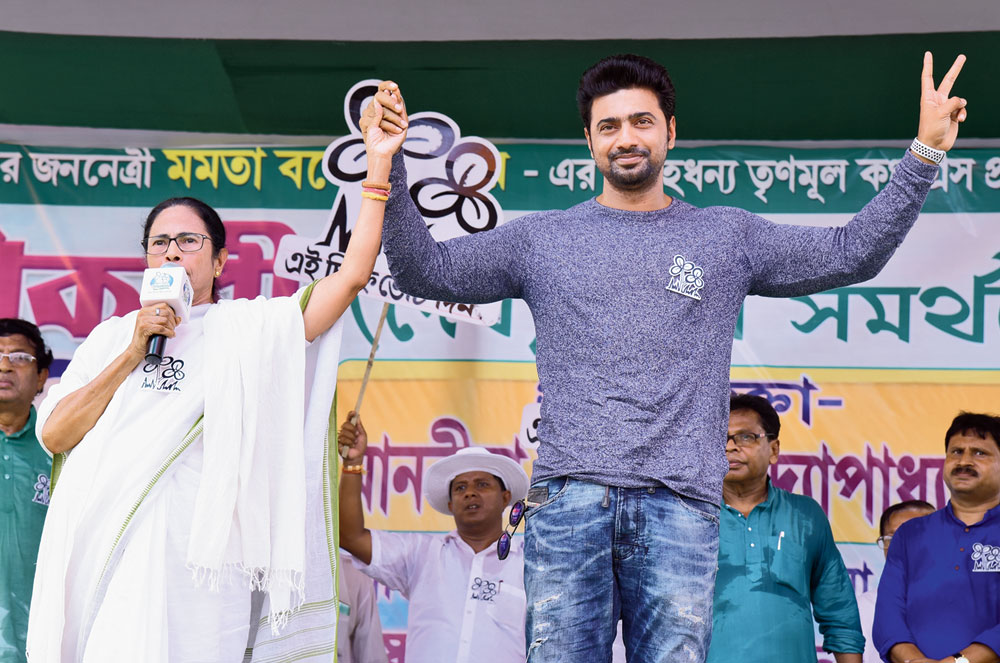 The Bengal government has requested multiplexes across the state to screen Bengali films in prime time to promote Bengali culture during the festive season, after chief minister Mamata Banerjee received complaints from the film industry that Hindi movies were being prioritised.

Trinamul’s Ghatal MP Dev, a superstar and producer whose Password has an October 2 release, and several other film personalities had requested the chief minister to intervene ahead of the festive season.

Four Bengali films — Password, Gumnaami, Mitin Masi and Satyanwesi Byomkesh — are scheduled to have a pre-Puja release along with the Hrithik Roshan-Tiger Shroff starrer War and the English movie Joker.

“The chief minister took the initiative to save the interests of Bengali films as thousands of people earn their livelihood from the industry. The chief minister had asked the information and cultural affairs department to find out how the industry could be helped,” said a source in Nabanna.

Following the prod from Mamata, the department sent letters requesting the multiplexes to screen Bengali films for three months starting October during the prime time.

Dev had raised the issue in tweets on Wednesday.

“I urge cinema hall-owners of the state to at least give us an equal opportunity as Hindi films. Let the fight be fair. Stand by Bengali cinema,” he had tweeted in Bengali.

An official in the department said single screens were fast disappearing, leaving Bengali films with shrinking scope as multiplexes tend to prioritise Bollywood and Hollywood films because of the kind of revenue they usually generate.

The chief minister’s initiative drew criticism from the BJP.

Union minister Babul Supriyo, who is also a singer, alleged at a media conference that the step would help only those close to Mamata.

“Those who are close to the chief minister will reap the benefits…. What about the others? Will they get similar benefits?” he asked.