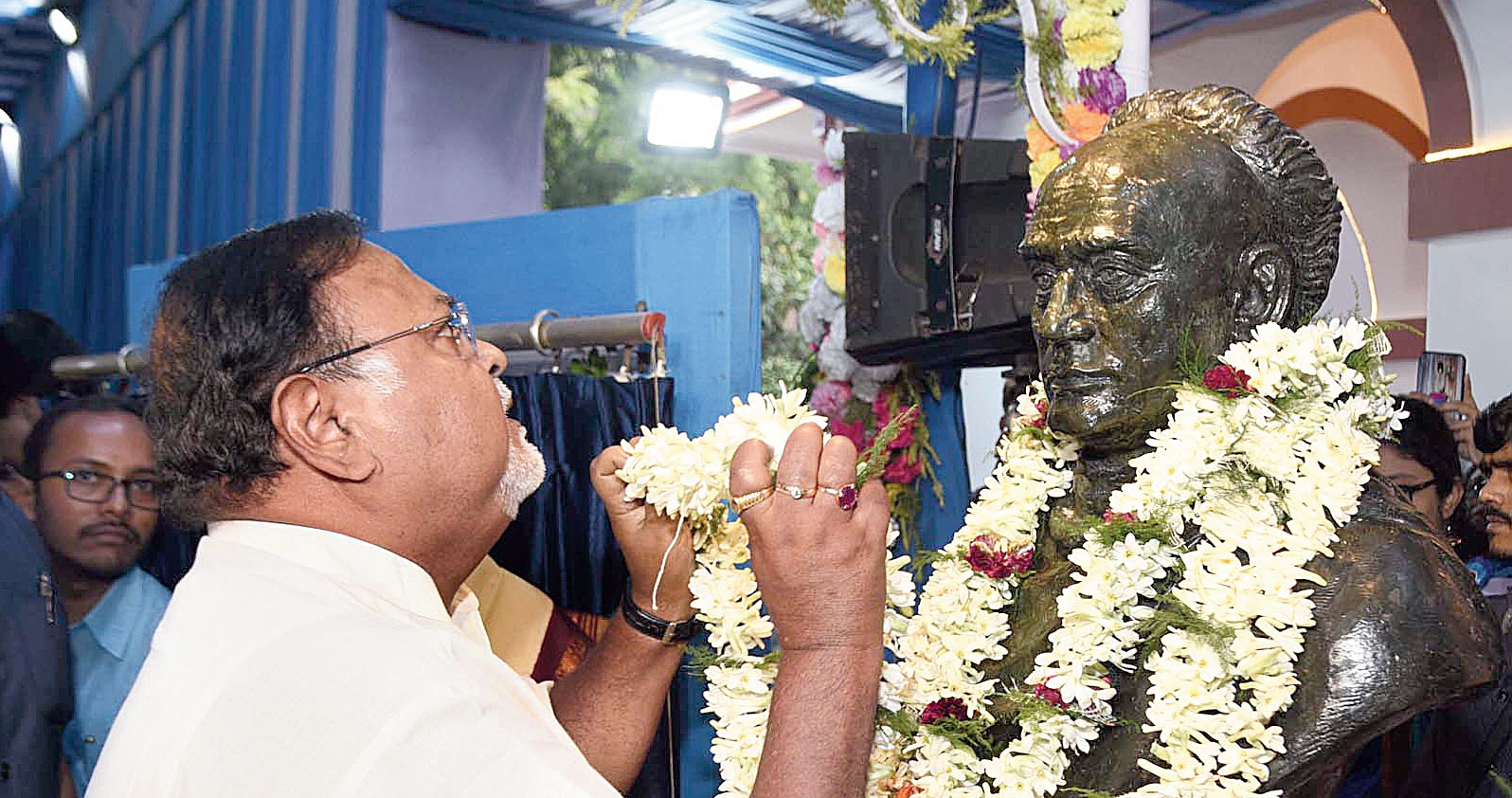 Education minister Partha Chatterjee said chancellor Jagdeep Dhankhar had advised the higher education department to “showcause” the vice-chancellor of Sanskrit College and University, Paula Banerjee, two days before her tenure as the interim VC came to an end on September 14.

“He had advised my department to showcause her. I have told him that I won’t be able to do it. He had written to me about this. It is unprecedented in Bengal’s culture to showcause a VC,” said Chatterjee in response to a question from Metro after attending a programme to inaugurate Vidyasagar Academy at Badurbagan in central Calcutta, where Ishwarchandra Vidysagar lived.

The programme was held to commemorate the 200th birth anniversary of Vidyasagar.

Metro had reported on September 19 that the higher education department had to scrap its decision to extend the tenure of Banerjee as interim VC following objections from the chancellor, who was not satisfied with her performance because she took long to draw up the varsity’s statute.

When this newspaper asked the minister whether the chancellor had advised the department to showcause Banerjee, Chatterjee said: “Whatever be the ground. We will not do it. An individual who is a vice-chancellor, even when he or she is not a VC, continues to be a professor. This is a hard-earned career. How can I showcause the individual? Are we running a factory that we have to showcause? If there is any loss of confidence, we will convey it to the person. There are provisions in the act.”

Chatterjee said: “The chancellor advised us on September 12.” Banerjee’s tenure, extended once, had ended on September 14. She has returned to Calcutta University as professor in the department of South and Southeast Asian Studies after heading the university for two years.

Dhankhar’s predecessor, Keshari Nath Tripathi, had allowed the department in March 2015 to showcause the then West Bengal University of Technology (WBUT) VC Ranjan Bhattacharya and probe complaints of anomalies against him. An official in the higher education department said that in the case of Banerjee, the chancellor wanted the department to showcause her.

Several academics wondered whether the chancellor was overstepping his authority by deciding to showcause a VC on the ground of not being able to draft the statue on time.

“I don’t know whether he is construing this as an act of incompetence. It is true that in the absence of a statute a university cannot constitute its search committee and form various administrative bodies. But I wonder whether it merits issuing a showcause to her,” the VC of a state university said.