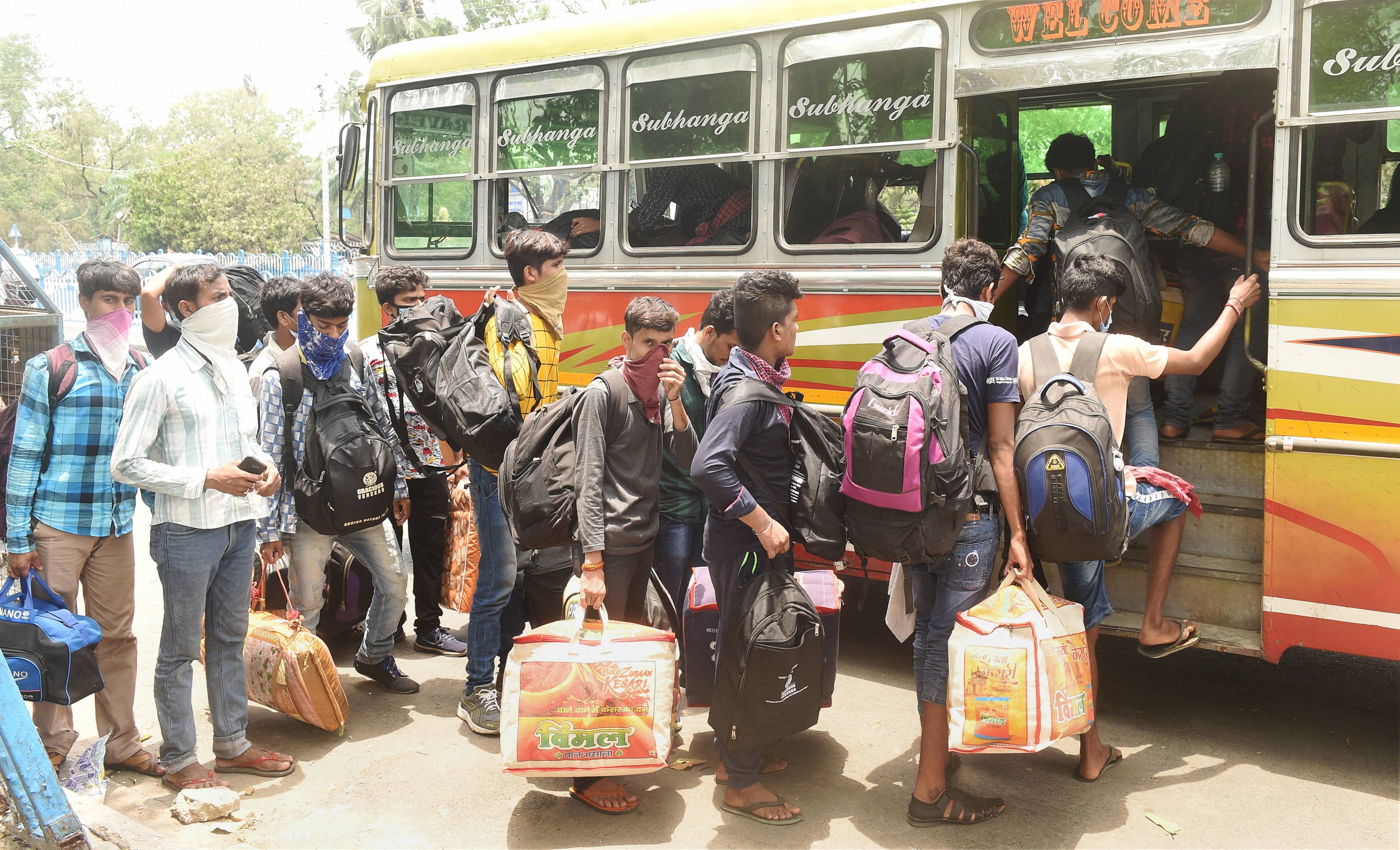 Bengal on Wednesday reported 183 new cases of Covid-19, taking the total number of patients to 4,192.

With 92 more cured cases in the past 24 hours, the recovery rate maintained its upward climb at 37.64 per cent, an improvement of over 20 per cent in a month. The total number of cured persons is 1,578 now.

The figures were all as of 9am on Wednesday.

Bengal reported six more deaths directly from the pathogen, taking the toll to 217, up from 181 a week ago and 20 a month ago.

The return of hundreds of migrant labourers, mostly from Maharashtra, is believed to have contributed to a spike in Covid-19 cases in Bengal in the past 24 hours.

Sources in the state health department said nearly 100 new patients who had tested positive for Covid-19 in several districts in south and north Bengal had returned recently from Maharashtra. This has become a major concern for the government in the post-Amphan situation.

Of north Bengal’s 33 cases reported on Wednesday, 29 are from North Dinajpur district’s Raiganj, Itahar and Karandighi. All these patients are migrant workers who returned from Maharashtra and other states. They have been shifted to the Covid hospital in Raiganj and their families have been sent to quarantine.

In south Bengal, Birbhum district leads the chart with 24 new positive cases in the past 24 hours. All but one of the 24 patients had returned home in the Rampurhat subdivision from Maharashtra.

The Nadia district reported 12 new cases on Wednesday. The patients are in Ranaghat 2, Krishnagar 1, Kaliganj, Hanskhali, Haringhata, and Tehatta blocks.

Except for one, all the patients had come back home Maharashtra. They have been admitted to the Covid hospital in Kalyani. Similarly, Bankura also recorded 12 new cases in the past 24 hours.

In North 24-Parganas, the Bongaon subdivision recorded 15 new cases. Sources said the patients had returned from Maharashtra and Kerala.

The East Midnapore district reported 15 new cases, of which 12 are migrant labourers who returned home in Panskura, Haldia, Egra and Bhagawanpur. They are admitted to Panskura Covid hospital.