No representative of Bengal government present 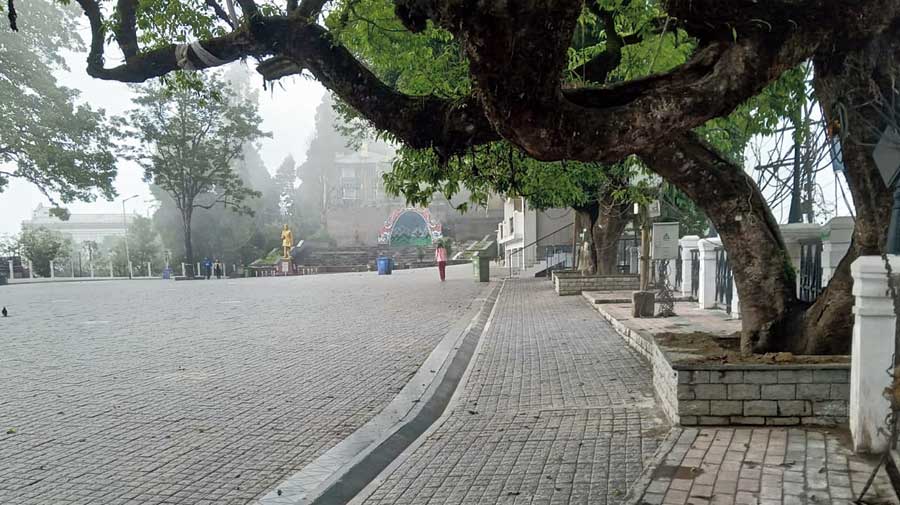 A delegation of the Gorkha Janmukti Morcha (GJM) met Union Minister of State for Home G Kishan Reddy on Wednesday and demanded the creation of a separate state of Gorkhaland comprising Darjeeling and its adjoining areas in Bengal.

The GJM team came to the national capital to participate in a tripartite meeting convened by the Union Ministry of Home Affairs (MHA) to discuss "issues related to the Gorkhaland Territorial Administration (GTA)", officials said.

However, no representative of the Bengal government attended the meeting, they added.

GJM working president Lopsang Lama said they did not discuss the GTA, but submitted a memorandum demanding the creation of a separate state of Gorkhaland.

"We have not discussed anything about the GTA. We have submitted a memorandum on how and why the GTA has failed. The GTA is not working. Our only demand is a Gorkhaland state and we have raised that," Lama told reporters after the meeting.

He also said the ruling Bharatiya Janata Party (BJP) had promised in its poll manifesto that it would find a political solution to the Gorkhaland issue.

GJM leader Kalyan Dewan said the Union minister gave them a patient hearing and assured them that the dialogue on their demands would continue.

Later, in a statement, Lama said the seven-member delegation raised the demand for a separate state of Gorkhaland and grant of ST status to 11 Gorkha sub-communities.

"When the issue of Gorkhaland Territorial Administration was raised, the GJM delegation submitted that the delegation was there to discuss the statehood demand and grant of Scheduled Tribe status and not the GTA since the Memorandum of Agreement signed between the Union of India, government of Bengal and Gorkha Janmukti Morcha in 2011 was not honoured by the State of Bengal," the statement said.

The memorandum submitted by the GJM delegation mentioned about the alleged "irregularities, interferences and obstacles committed by the state government, thereby rendering the GTA defunct".

The GJM said, moreover, all the elected members of the GTA had resigned en masse in 2017, rejecting the said body.

The delegation further submitted on the issue of Gorkhaland being the oldest statehood demand in the country and presented various materials supporting it, the statement said.

"The hon'ble minister, after giving a patient audience, assured the delegation that the government would consider all the materials presented before it and announce the next meeting after speaking with the Hon'ble Union Home Minister Amit Shah and briefing him about the contents of today's meeting," it added.