Mausam Benazir Noor, who represents Malda North in Parliament, is the first sitting MP to have joined Trinamul 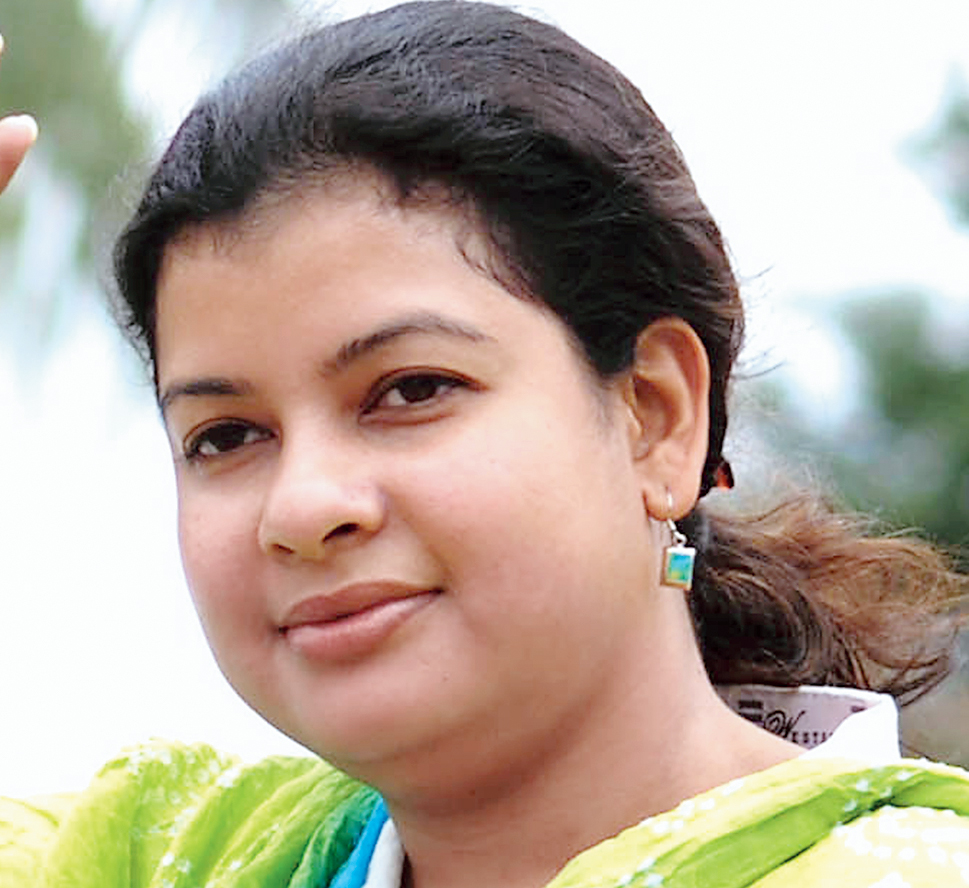 Mausam Benazir Noor, the Congress MP from Malda North, joined Trinamul on Monday after a meeting with Mamata Banerjee, the switch reaffirming the Lok Sabha polls in Bengal will be a two-way fight between Trinamul and the BJP.

“The way people took part in the Brigade rally (on January 19) to support Trinamul’s call against the BJP, it is clear Mamatadi is the sole leader in Bengal who can take on the BJP. I want to fight against the BJP under her leadership,” said the two-time MP.

Minutes later, Mamata said Mausam — who carries the legacy of her maternal uncle and one of the tallest Congress leaders of Bengal, the late A.B.A. Ghani Khan Chowdhury — would contest from Malda North as the Trinamul nominee. “She is already an MP and will contest as a Trinamul candidate,” said Mamata.

Although Malda used to be a Congress bastion, Trinamul and the BJP emerged as the main forces in last year’s panchayat polls in the district where the Muslim population is more than 52 per cent. Of the 38 zilla parishad seats, Trinamul bagged 29 and the BJP six.

“The panchayat elections showed polarisation in Malda. While hordes of Muslims are rallying around Trinamul, forgetting generations of association with the Congress or the Left, a significant proportion of Hindus are aligning with the BJP. Mausam realised she would lose by remaining with the Congress and quit,” said an observer.

For Mamata, Mausam’s entry increases the possibility of snatching the seat from the Congress as Ghani Khan’s niece is likely to get legacy votes and those of Trinamul.

Sources in Trinamul said “Mission Malda” was yet over as they were eyeing Abu Hasem Khan Chowdhury, the Congress’s Malda South MP and Mausam’s uncle.

Congress leaders declined to speak on Abu Hasem’s future but some suggested they had expected Mausam’s exit. “She was the district president and had told Rahul Gandhi she would not jump ship. But we knew her leaving the party was just a matter of time,” said Congress Rajya Sabha MP Pradip Bhattacharya.

A section of the Congress saw a silver lining. “The possibility of a pre-poll understanding with Trinamul is gone. It is the majority view. This (Mausam’s switch) shows Mamata is out to destroy the Congress. Mausam is the first sitting MP to have joined Trinamul but we have lost 17 MLAs to Trinamul’s predatory politics since 2016,” senior Congress leader Amitabha Chakraborti said.