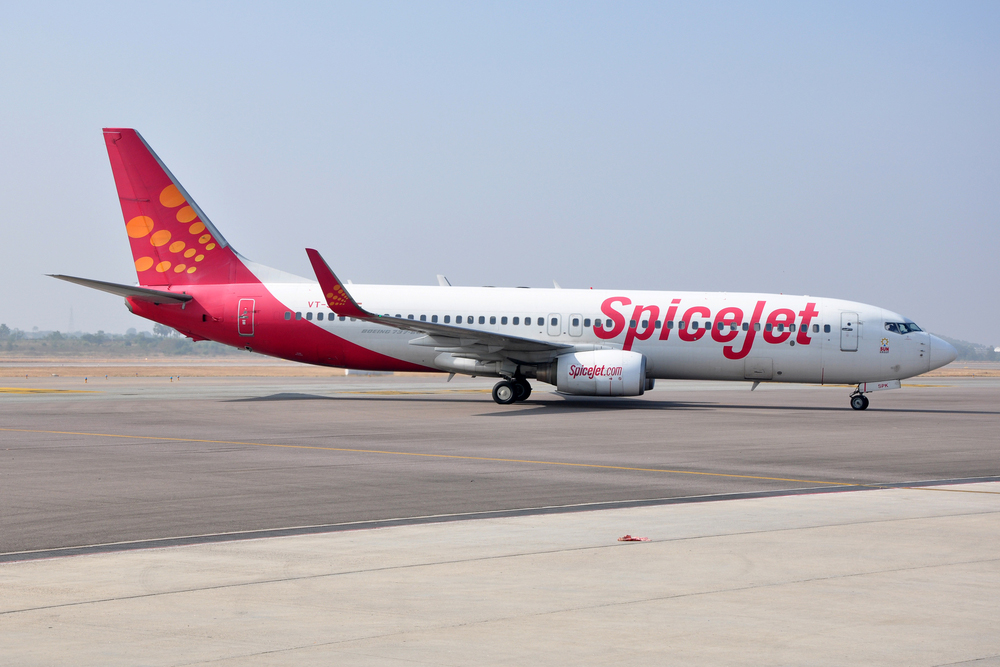 A SpiceJet flight carrying 160 passengers veered off the centre line and smashed runway edge lights at Calcutta airport before the pilot managed to steer the aircraft back to path amidst heavy showers and crosswind.

The Pune-Calcutta flight, SG-275, a Boeing 737-800 series aircraft, finally reached the parking bay safely but with a scratch on its tyre, said an airport official.

The directorate general of civil aviation has started a probe. Airport sources said the pilot had told the air traffic control that he could not see properly because of heavy rain. However, they said visibility was 3,000 metres when the plane landed.

Category III-C instrument landing, installed at Calcutta airport, allows planes to land at a minimum visibility of 50 metres. At 2.33pm, the aircraft landed on the main runway of the airport and it was raining heavily. An airport official said there was a crosswind with a speed of 20 nautical miles or 37kmph.

“The flight landed from the northern side of the runway and immediately after that, it deviated from the centre line towards the right,” said an airport official. He said the plane rolled about 25 metres before it hit and smashed four runway edge lights. The lights are part of the instrument landing system that are used as navigational aids to allow safe landing of aircraft.

An Air India flight from Dimapur, in Nagaland, which was about to land on the main runway, had to hover for around 15 minutes before it landed on the secondary runway. Airport engineers examined the lights and found those damaged. The main runway was closed for 45 minutes to repair the lights, said officials.

“The aircraft landed at runway 19L. During landing roll, the aircraft veered off towards the right from the runway centre line owing to wet runway/heavy rain. The pilot took corrective action immediately to get the aircraft on centre line. Four runway edge lights were inadvertently damaged,” read a SpiceJet statement.

“Passenger deplaned normally and all passengers and crew are safe,” it added.

According to pilots, a Boeing 737-800 series aircraft with 160 passengers usually has a speed between 275 and 300kmph on landing.

“At that speed, if the aircraft hits an electrical equipment, there are chances of a fire. Also, the aircraft could have skidded off into the uneven ground adjacent to the runway. Besides, there are many instrument landing system gadgets installed around the runway,” said a pilot.

“Also, after the resurfacing work of the main runway last year, the surface has improved and the braking is good. The rubber deposits, that make the runway slippery, have been removed,” said an airport official.

This is the fourth incident since last Sunday involving runway accidents in India.

On Sunday, an Air India Express flight veered off a taxiway in Mangalore and on the same day in Surat, a SpiceJet plane overshot the runway.

Another Air India Express plane brushed the surface while landing in Kozhikode on Monday.