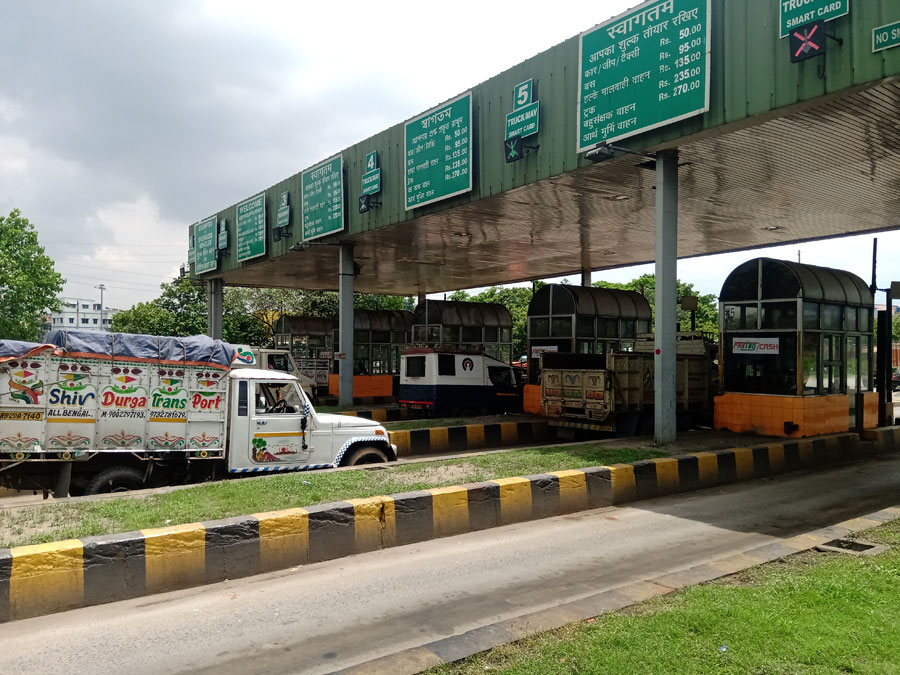 The decision — applicable across the state — is aimed at collecting nearly 40 per cent of the pending fines, which could run into tens of crores
Representational image from Shutterstock
Kinsuk Basu   |   Calcutta   |   Published 27.02.20, 08:43 PM

The decision — applicable across the state — is aimed at collecting nearly 40 per cent of the pending fines, which could run into tens of crores, in both categories, finance department officials said.

Road tax is payable for any vehicle — depending on the engine’s displacement in cubic centimetres (cc) — every five years unless the owner has paid a “lifetime tax”.

Penalty for road tax violation grows with every passing day after the stipulated grace period of 15 days from the due date.

No penalty is imposed if the vehicle owner pays the tax after the due date but within the grace period. 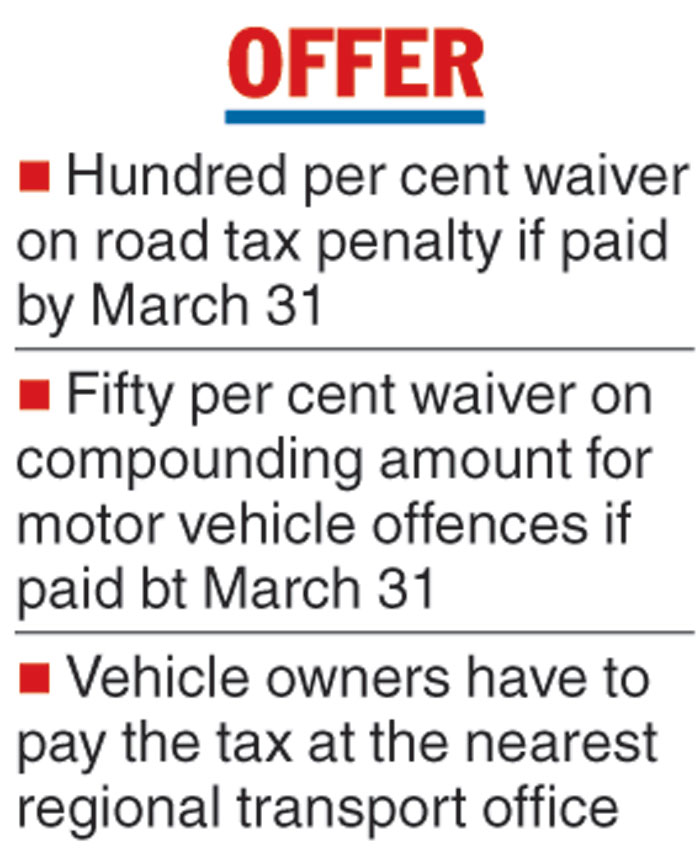 The state government decided to introduce a waiver scheme on the penalty amount to help realise a large amount. Sources in the public vehicles department said there have been several instances when the penalty amount has been close to the original cost of the vehicle.

Vehicle owners would have to visit the office of the regional transport officer (RTO) to clear the dues within March 31.

Compounding motor vehicle offences are those where an officer — either a motor vehicles inspector or a traffic sergeant — has booked an offender and issued a slip after seizing documents. The offender is supposed to pay the fine in a bank within a stipulated period and then produce the deposit slip to get back the seized documents. If the amount is left unpaid, the case is transferred to a court for legal action and a message sent to the offender.

“We are now offering a chance where if an offender agrees to pay the fine within March 31, he can clear it by paying just 50 per cent of the penal amount,” a transport department official said.

Calcutta police had launched a scheme in December 2018 where vehicle owners could pay between 35 to 50 per cent of their total dues and have their records cleared. With a target of around Rs 105 crore, police were able to collect a little over Rs 90 crore, officers said.

In 2018, vehicle owners could also log on to the Calcutta police website and pay the dues. This time, though, the fine amount will have to be paid by physically turning up at the offices of RTOs.