Elephant calf separated from herd, sent back to forest 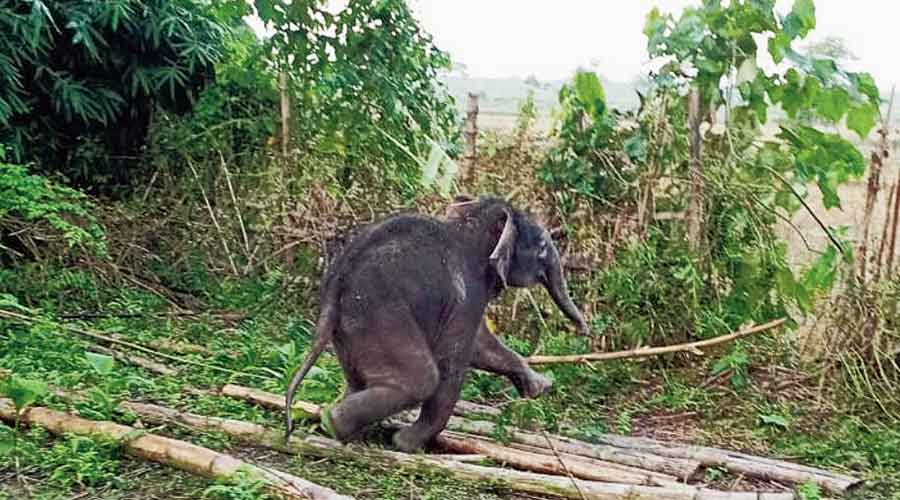 The elephant calf at Bamandanga-Tondu tea estate in Nagrakata block of Jalpaiguri on Monday
Sourced by The Telegraph
Our Correspondent   |   Jalpaiguri   |   Published 10.11.20, 05:38 AM

An elephant calf, which had separated from its herd to enter a tea estate in the Dooars on Monday, was sent back to the forests of Gorumara National Park and Chapramari Wildlife Sanctuary.

Foresters are keeping watch on whether the herd accepts the calf.

The elephant calf, around six months old, strayed into the plantations and the factory of Bamandanga-Tondu tea estate and even entered the premises of the manager’s bungalow. Residents informed foresters and a team from the wildlife squad in Khunia intercepted the animal and steered it back to the forest.

“We feel the herd will accept the calf. Still, our men are keeping a watch on it as there are instances that once a calf comes in contact with humans, the herd does not accept it,” said a forest official.

Within the past three days, this is the second time that an elephant calf separated from its herd.

Last Saturday, an elephant calf was spotted in Redbank tea estate, located in Banarhat area of the Dooars. Foresters tried to take it back to the herd but the herd did not accept it.

It was eventually taken to the pet elephants’ enclosure in Gorumara. At the enclosure, Matirani, an adult female pet elephant, along with the mahouts, are taking care of it.