The move comes after the death of its veteran male priest end of last year, they are hopeful about the move being accepted by residents of the locality and public 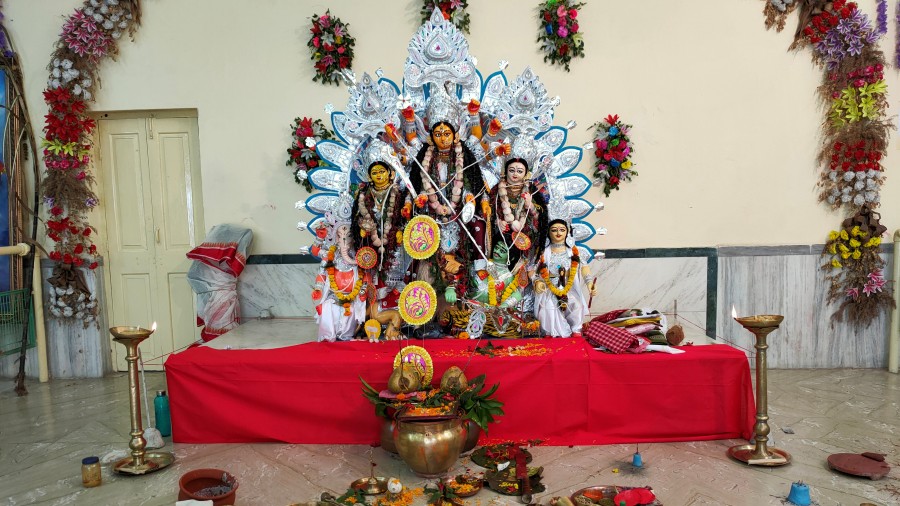 A crowd-puller Durga Puja committee in the city has decided to conduct the entire puja rituals by a group of four women priestesses marking a new precedent as it is in the domain of male priests.

The 66 Pally Puja committee, which had decided to mark the new change in established practice after the death of its veteran male priest end of last year, is hopeful this will be accepted by residents of the locality and the public and they can carry on the practice in future.

Puja committee senior office-bearer Pradyumna Mukherjee told PTI the "four women are all scholars having great command on scriptures, professors in their respective fields, and fit the bill as a worshipper of the goddess in every possible way."

"Being woman cannot be the criteria of not appointing them. Don't women make all the arrangements for conducting puja rituals in household and para puja If there can be women clay modellers, if there can be women organisers, why not women priestesses?".

He, however, added if the move is "successful and gets acceptance" the puja committee will repeat the exercise in next year. Also it depends whether the four-member team of women priestesses are willing to be associated with the puja in future.

Recalling how the puja committee had roped in the four - Nandini Bhowmick and her three team members Ruma, Semanto and Poulomi - Mukherjee said a film had been made inspired by Nandini Bhowmick's life as a priestess breaking male bastion and we got in touch with the production team.

"As we told them about our theme, they were taken in by the idea," he said, adding that Nandini is a known name in south Kolkata circles. But the four women team haven't conducted any Durga puja yet.

The puja committee has themed its puja as 'Mayer Haate Mayer Abahon' (Mother goddess will be worshipped by mothers), Durga Pujor Itihase Ei Prothom (first in the history of Durga puja)."

The puja committee will conduct the khuti puja on August 22 which will be a precursor to the five day puja in the second week of October. The khuti puja, which heralds the beginning of the setting up of the pandal, will be conducted by the women.

"We are looking forward to the occasion," Mukherjee said.

Bhowmik, who is a guest lecturer in the Sanskrit department in Jadavpur university after voluntary retirement from a college, is a scholar who considers Indology as her favourite subject.

"We conduct rituals at social functions like marriage, rice ceremony and funeral. We do conduct grihoprobesh puja. We don't believe in segregating men and women, in segregating between humans. We strictly follow the scriptures. We think the scriptures need to be interpreted and communicated in an appropriate manner to the modern generation," she said.

The puja committee had last year themed its celebrations on the Apu trilogy on the eve of 100th birth anniversary of Satyajit Ray.